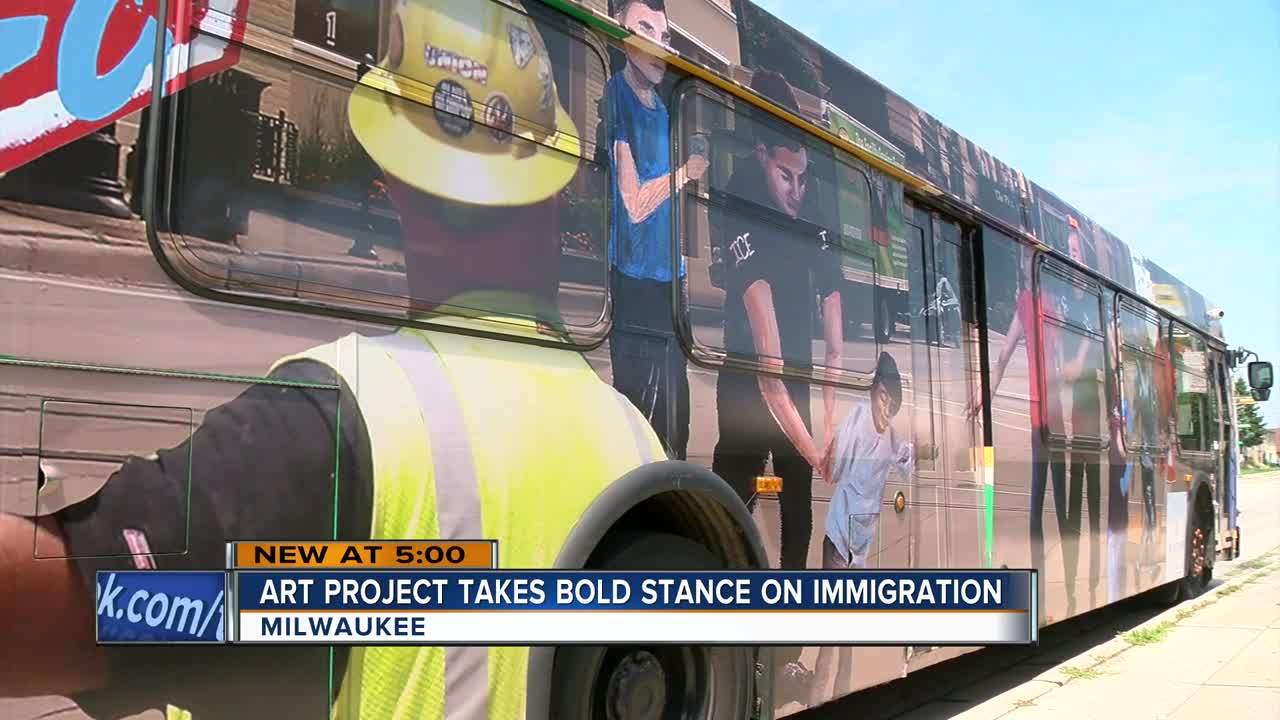 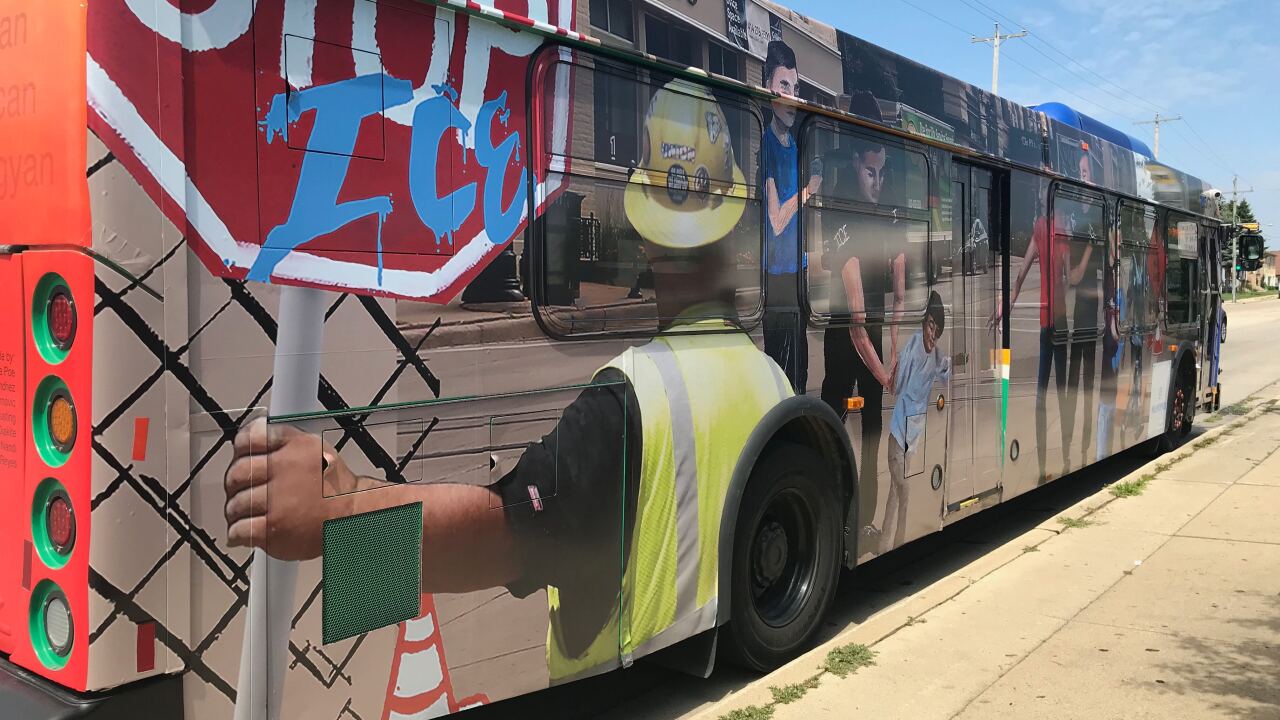 MILWAUKEE — A summer intern art project sending a political message is stirring up controversy for being displayed on a Milwaukee County Transit System bus.

The bold, visible painting that depicts the ongoing immigration crisis in the country is splashed across the vehicle.

On one side, you see Immigration and Customs Enforcement (ICE) agents separating children from their parents in Milwaukee. On the other, you see hands reaching out to touch an ICE officer, next to a guide listing what to do if ICE comes to your door.

The display is a group project by the Milwaukee Art Museum’s summer interns. They’ve done it for the last 17 years and pay for an ad space on a transit bus for the public to view.

“It’s an opportunity for them to have a platform to use their artistic voice to comment on an issue that’s important to them and the city of Milwaukee,” said Brigid Globensky, museum senior director of education and programs.

Over the years, they’ve covered social issues from gun violence to mental illness, but this year’s is getting special notice.

County Supervisor Dan Sebring is calling for its removal, saying it’s “an offensive abomination and a slap in the face to law enforcement officers and officials at every level.”

Supervisor Sylvia Ortiz Velez has another take on the display.

“I see the fear, the very real fear of our neighbors and the people that have been living in our communities, some of them almost their entire lives … but I also see the rights of our Constitution,” Ortiz said.

“It’s not going to influence me one way or another,” Dudgeon said.

The display is expected to remain on the bus for about a month and a half.

When TODAY’S TMJ4 reached out to MCTS, it referred us to the art museum, which emphasizes this does not represent its position.

“We don’t censor artists. It’s a policy of the museum. We provide a platform for these teens to express their visual voice and to do that in a public realm,” Globensky said.