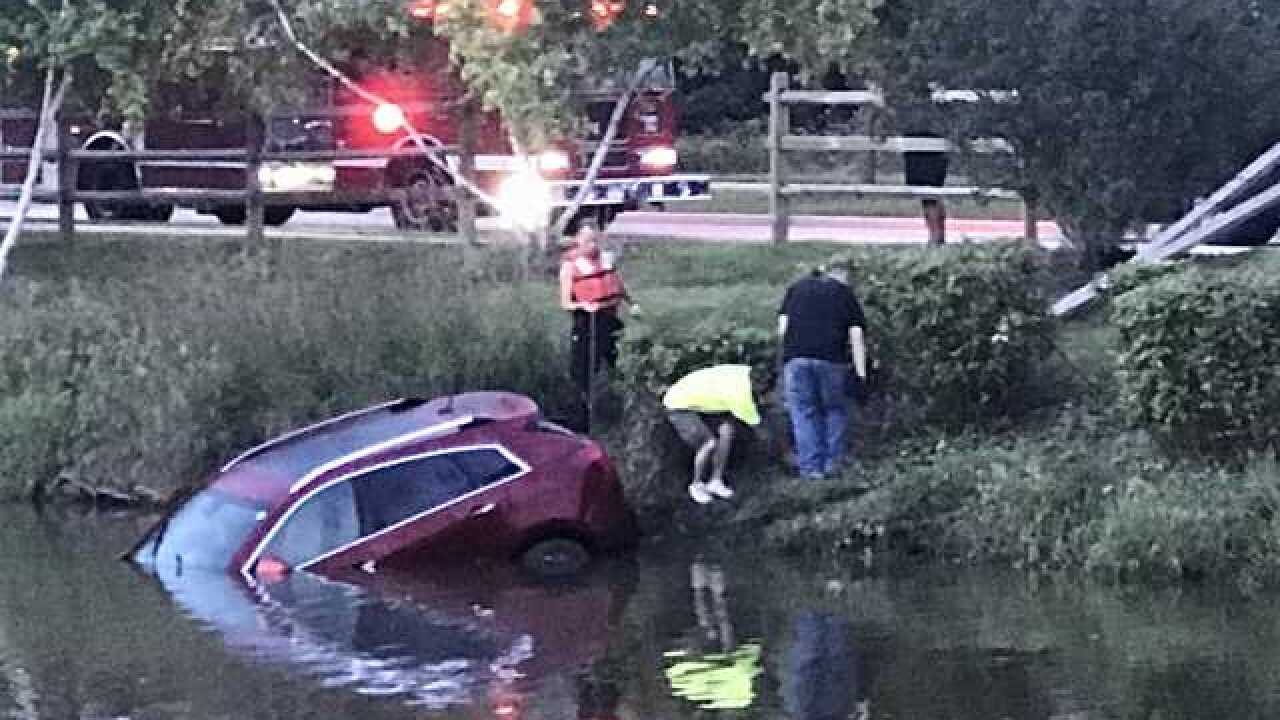 Menomonee Falls -- A 70 year old driver is recovering today after her car veered off the road and into a retention pond Monday evening.

Menomonee Falls police, firefighters and members of the public helped rescue the driver from the one-vehicle crash near the intersection of Pilgrim Road and Creekwood Crossing.

The Brookfield driver was traveling northbound on Pilgrim Road when she crossed the median and left the roadway.

Rescuers were also treated for minor injuries at the scene and released.

Heavy rains that have occurred recently do not appear to be a factor in the crash, but the matter remains under investigation and the cause is not known at this time.