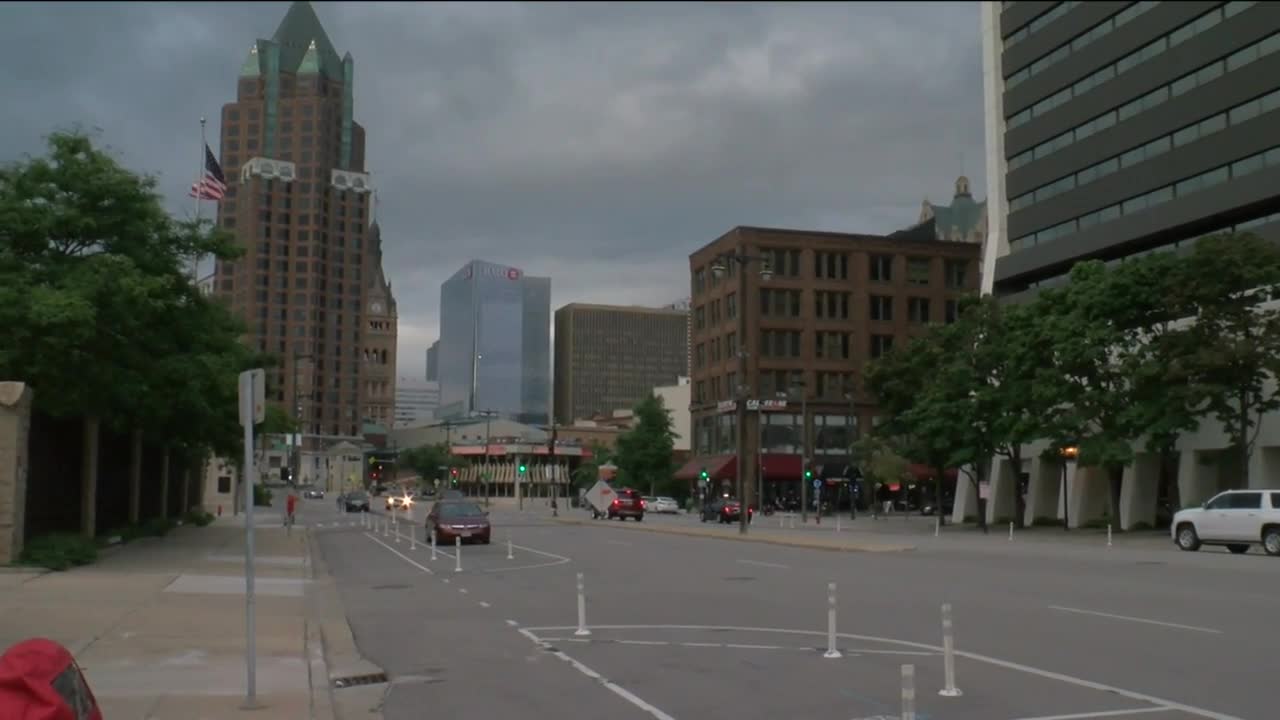 MILWAUKEE — The weekend before the Democratic Convention in Milwaukee was supposed to be full of activity.

But the pandemic and a scaled-back convention has left downtown fairly quiet.

"It's been a little quiet, honestly," said Corey Libermann. "We're from the Madison area and for us, we thought it would be a little bit more busy."

"The roads are kind of blocked off, parking is very easy to find, which I don't remember that being the case last time," Apar Singh Ghuman.

Ghuman is from the Chicago suburbs and came up with his family to just get out of the house for the night. He knew about the DNC, but didn't think it would be an issue. He said he had no trouble getting a hotel or getting in to restaurants.

"It's a little eerie, we're kind of the only people that kind of came over here down this alleyway in front of the Bucks' stadium," Ghuman said.

The city was expecting around 50,000 people to come through before the pandemic. Then the convention was scaled back and moved to the Wisconsin Center.

On Saturday evening, you could see police set up outside the center, and roads surrounding it had been blocked off.

Restaurants and bars downtown are still disappointed in what was supposed to be a busy time.

"It's far from what we were expecting, but again, any people coming into town, we more than graciously welcome them, and we're hoping to get some boost from it," Paget said.

In the meantime, delegates and most others who were supposed to come to Milwaukee will instead watch the DNC from home.