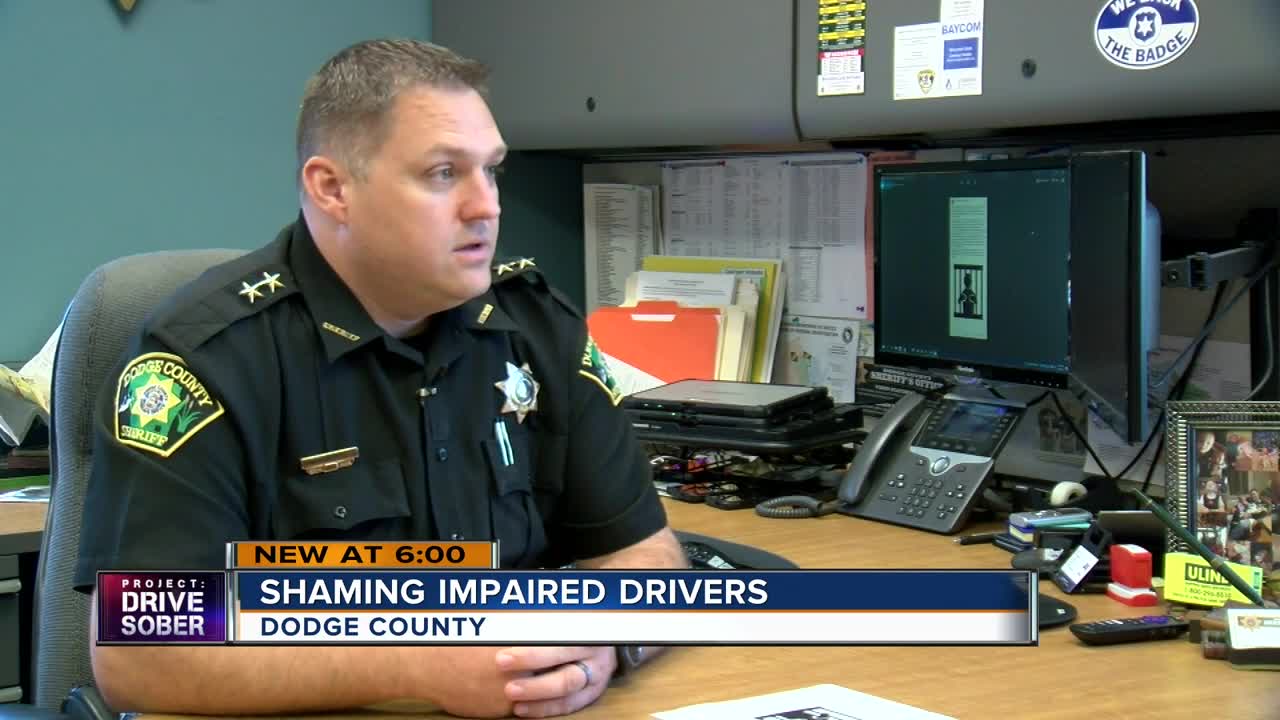 DODGE COUNTY, WI — One Wisconsin county will soon publish names and photos of people arrested for driving under the influence of alcohol or drugs on Facebook.

Dodge County Sheriff Dale Schmidt announced the new policy as the latest addition to their ongoing crash reduction strategy. Schmidt said they have focused on speed, stop signs, public engagement, and OWI (Operating while intoxicated) enforcement to keep the roads and drivers safe.

This time DCSO will enact a policy to publish names, pictures, and the details of the violation for anyone arrested for an OWI. The information is public record.

"You could call it public shaming but if it saves a life we've accomplished our goal. I think what you need to do is look at the other side at the family members who were impacted by these crashes or they’ve lost a loved one," said Schmidt.

"We have a problem. We've had a number of alcohol related crashes this year, some of them have been fatal," Schmidt said.

Some people in Dodge County do not agree with the sheriff's new approach.

"I know that I'm not gonna be able to prevent all crashes from happening, but I want to do whatever I can to save those families and save these victims from having to go through that," Schmidt said.

The new policy will go into effect no later than August 31.