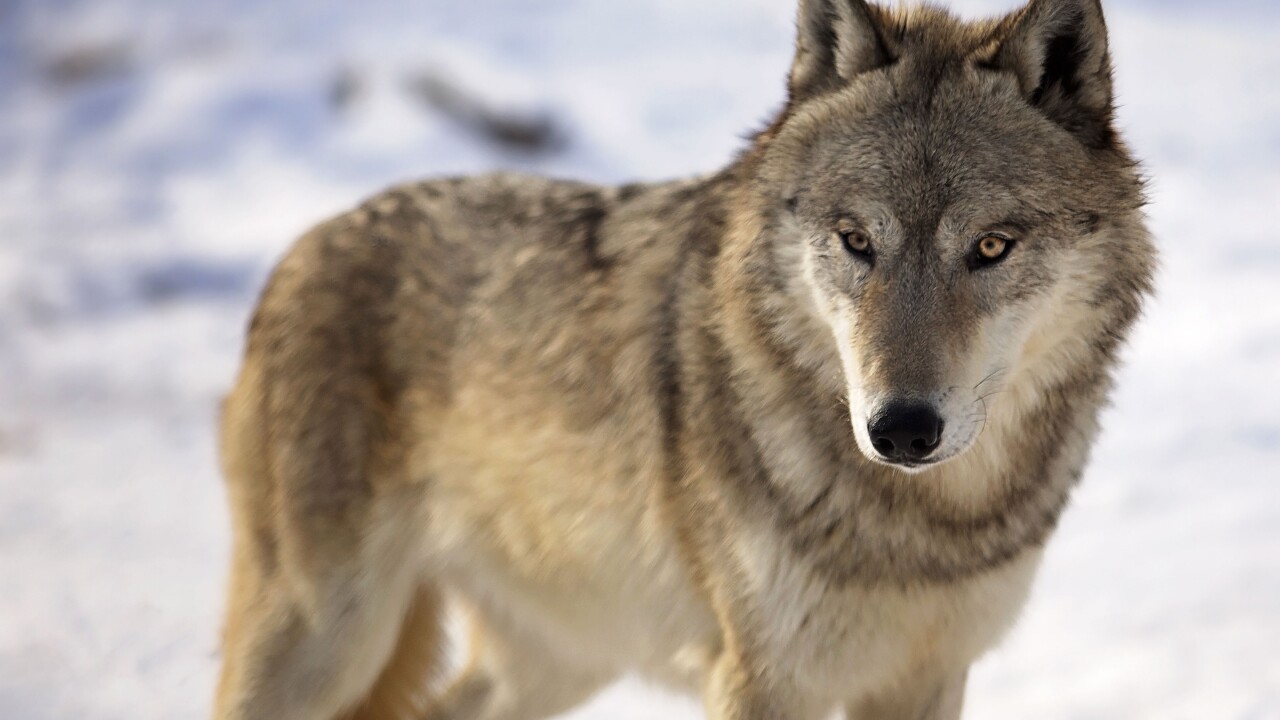 The Wisconsin Department of Natural Resources (DNR) announced that wolf season will begin on Nov. 6, 2021.

This comes after news of the gray wolf will be removed from the endangered species list in Jan. of 2021.

According to the DNR, under Wisconsin law, when the wolf is delisted, hunting and trapping seasoning may resume.

Unlike wolf introductions in national parks, existing wolf populations in northern Minnesota naturally expanded to Wisconsin after given protection under the federal Endangered Species Act.

Recent monitoring marks that there are at least 1,034 wolves in Wisconsin at this time.

The DNR says it is important to note that following delisting, and until the official season begins, it is unlawful to shoot a wolf unless there is an immediate threat to human safety.