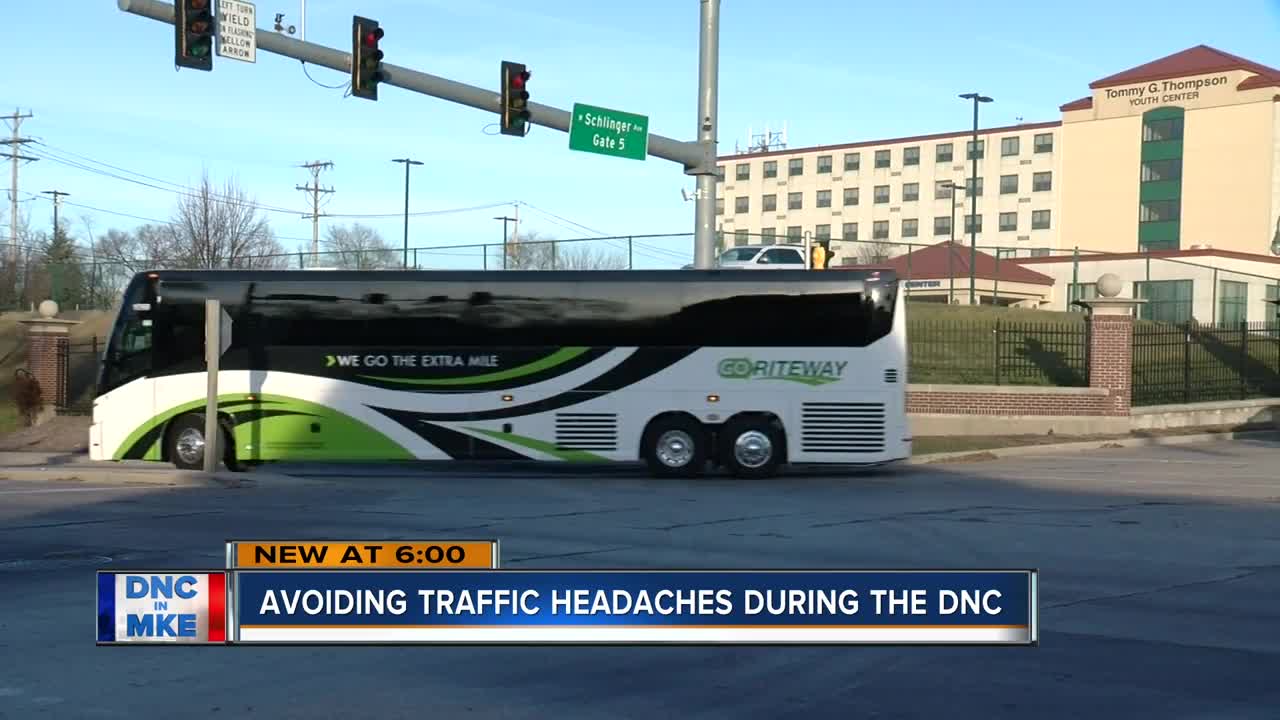 The Democratic National Convention is just a few months away and the DNC Committee is working on hiring transportation companies for the big event.

MILWAUKEE — The Democratic National Convention is just a few months away and the DNC Committee is working on hiring transportation companies for the big event.

At State Fair Park, more than 60 businesses showed up to hear what the DNC is looking for from them. There will be some 50,000 people coming to Milwaukee from all over the area and getting them here will require many people to be involved.

"This is our largest outreach event," Cameron Moody, Senior Director of Operations at the Democratic National Convention Committee (DNCC) said. "I wasn't expecting to see this many companies but I was very excited because we're going to need all of them."

Moody has helped with seven conventions. This one is different because there will be delegates from the Chicago area and Madison who will need to be transported every day to Milwaukee. The committee has said it will require roughly 500 buses for this and they'll need other drivers in the city to transport people to different events. Security perimeters haven't been established yet, but they will impact traffic patterns around Fiserv Forum.

But Moody says the convention's hours will lessen the impact to everyday traffic in Milwaukee.

"Our convention is at night," Moody said. "A lot of times, people will still be working. They'll be at work and go home before we get going good."

Moody also put together transportation for the DNC in Philadelphia. He says they had to move people from Center City to a resort in Valley Forge, Pa. which is roughly 20 miles away. The travel took an hour and a half. Moody hopes the distance here will help alleviate some of the traffic stress.

"We believe the trip from Rosemont to Milwaukee will be less time than it was getting just from Valley Forge to Philly," Moody said.

Businesses big and small are trying to get involved. The local small businesses know the layout of Milwaukee well, but those security perimeters will change that. However, they're all ready.

"It's going to be a mess but I'm excited," Zuwena Cotton with Legacy Transit said.

"We're homegrown," Matthew Grant with Black Tie Professional Freight said. "We know all of the ins and outs. When traffic is bad, we know how to get around things."

Bigger companies are also involved and will bus delegates to and from Chicago and Madison.

"It's not intimidating from a standpoint because we've done some complex moves in the past," Brad Wallace, Sales & Marketing Manager with Go Riteway said. "It's going to be on a larger scale but nothing foreign to us so far."

Go Riteway has 75 buses to offer and 40 to 50 smaller buses as well. They say they'll work with the smaller companies locally to help everyone be involved.

"That happens quite a bit with larger events," Wallace said. "We have probably the largest fleet in the state with commercial drivers, buses and all the way to sedans. When we're at capacity and need help, we do have partners."