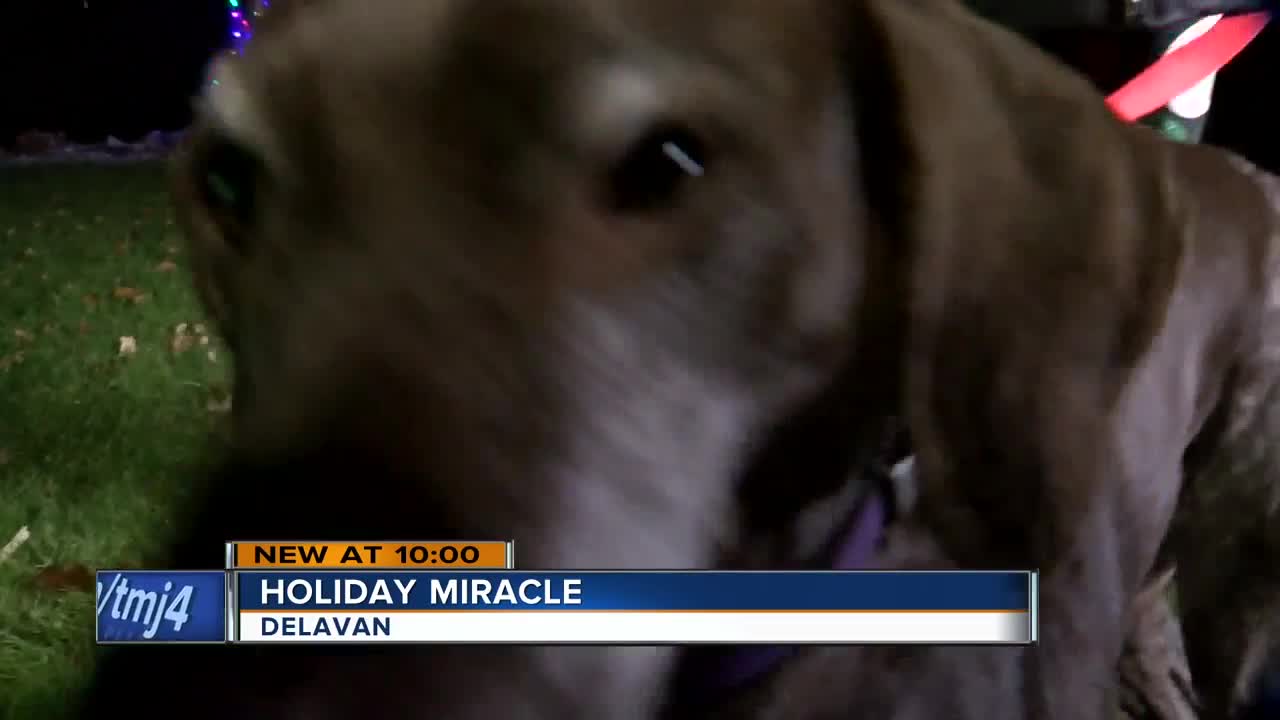 DELAVAN, Wis — It was a scary morning for one Delavan dog that fell through the ice into a lake; however, thanks to a local police officer she's back home safe with her family.

German Shorthaired Pointer, Rollie, got all the love and attention Christmas Eve after giving her owner, Heather DeGroot, quite the scare out on Comus Lake.

“That was a moment of terror,” DeGroot said.

DeGroot had just arrived at her family’s home on Arbor Ridge in Delavan when Rollie hopped out of the car.

“Instead of following us into the house, she just ran around the house and helped herself to the trail,” DeGroot said.

While it’s a trail Rollie has run with her owners a number of times, Rollie didn’t come back to the house.

“My brother actually saw her running across the lake chasing birds,” DeGroot said.

Concerned, DeGroot got her boots on and ran down to the trail where she heard Rollie bark.

“Made it sound like she was way across the ice, so I panicked at that point,” DeGroot said.

When DeGroot reached a place where she could see the water, she saw Rollie had fallen through.

“All we could see was her head and her shoulders. We didn’t really know how deep it was at that point,” DeGroot said.

About 25 minutes after calling for help, a police officer from the Town of Delavan showed up in a dry suit, made for water rescues, and found Rollie about 40 yards away.

He quickly brought Rollie back to shore to get dry and follow her owner back inside, but those moments of waiting, DeGroot thought the worst.

“It started out as a lot of barks and as time went on she was crying a lot more towards the end, which made it even more terrifying,” DeGroot said.

Now, she’s relieved her dog is safe and sound, and DeGroot said that’s all thanks to the officer.

“We’re very grateful because I don’t think the outcome would have been the same without him,” DeGroot said.

Rollie and her family planned to spend the Christmas Eve warming up by the fire.