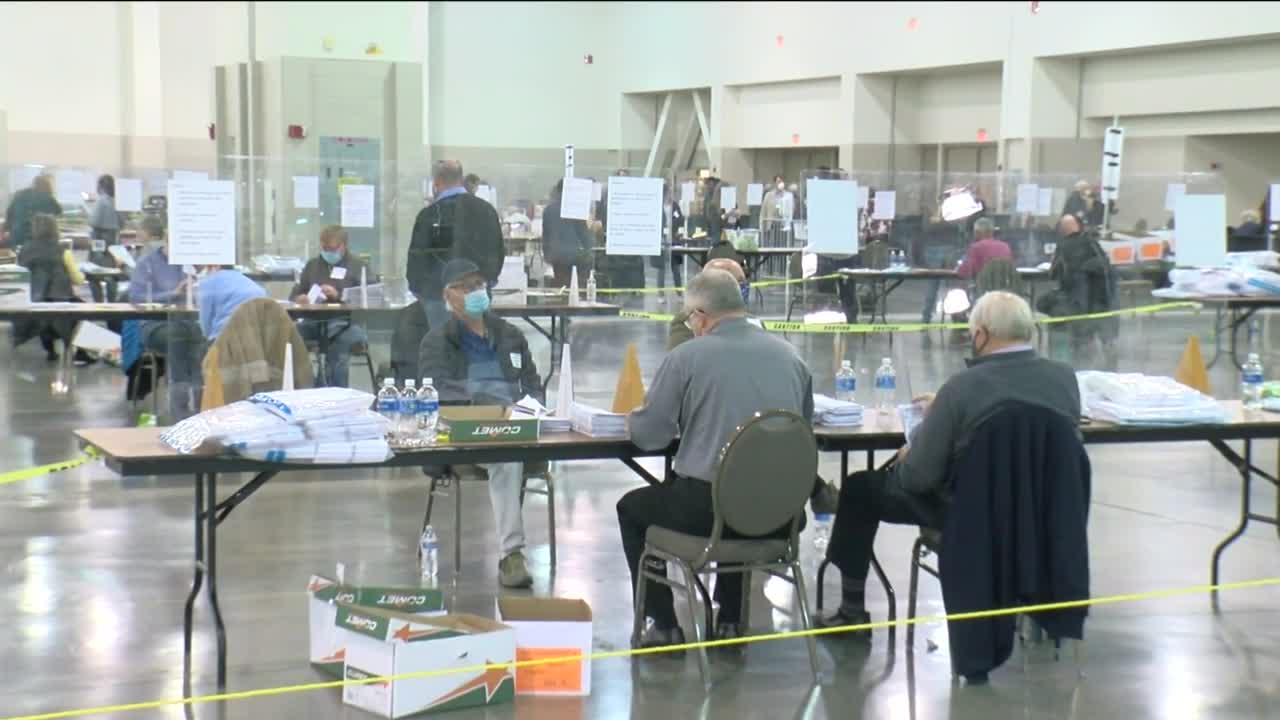 Although the recount in Milwaukee County remains behind schedule, officials are confident it will be completed by the December 1 deadline.

MILWAUKEE — The second day of the Milwaukee County recount wrapped up behind schedule Saturday, but officials say they will still finish in time for the Dec. 1 deadline to certify the results.

The process can be slow and tedious. Election tabulators count the ballots as dozens of election observers watch closely. Plexiglass separates the tabulators from the observers at the hundreds of tables spaced out in the Wisconsin Center.

Milwaukee County Clerk George Christenson said the process is going slower than he would like, in part, he says, due to objections raised by observers and attorneys representing the Trump campaign.

Christenson said some observers and attorneys bring up issues the Board of Canvassers has already addressed. He also said observers are asking too many questions of the tabulators when they should be asked of their campaign representative.

"We have said to the Trump campaign, you need to tell your people what you're looking for here because they're objecting to every ballot, and that's an issue," Christenson said.

People observing the recount for the Trump campaign say they just want to see every ballot, and say there should be procedures worked out to make that happen.

"What's acceptable is allowing the Trump representatives to see every single absentee ballot envelope clearly, and that is a very easy thing for them to come about and do," said Wisconsin Elections Commissioner Robert Spindell.

For instance, early Saturday afternoon, an attorney for the Trump campaign brought forward an observer who told the Board of Canvassers the counting was going too fast at certain tables.

"The speed needs to be efficient but provide the opportunity for the process to be seen," said Rick Baas, the only republican member of the Board of Canvassers. "If that's not happening, go tell us where it's not happening."

Christenson said observers have been told if they object to a ballot, it can be set aside for the Board of Canvassers to consider. He said they can also tell the tabulators to slow down.