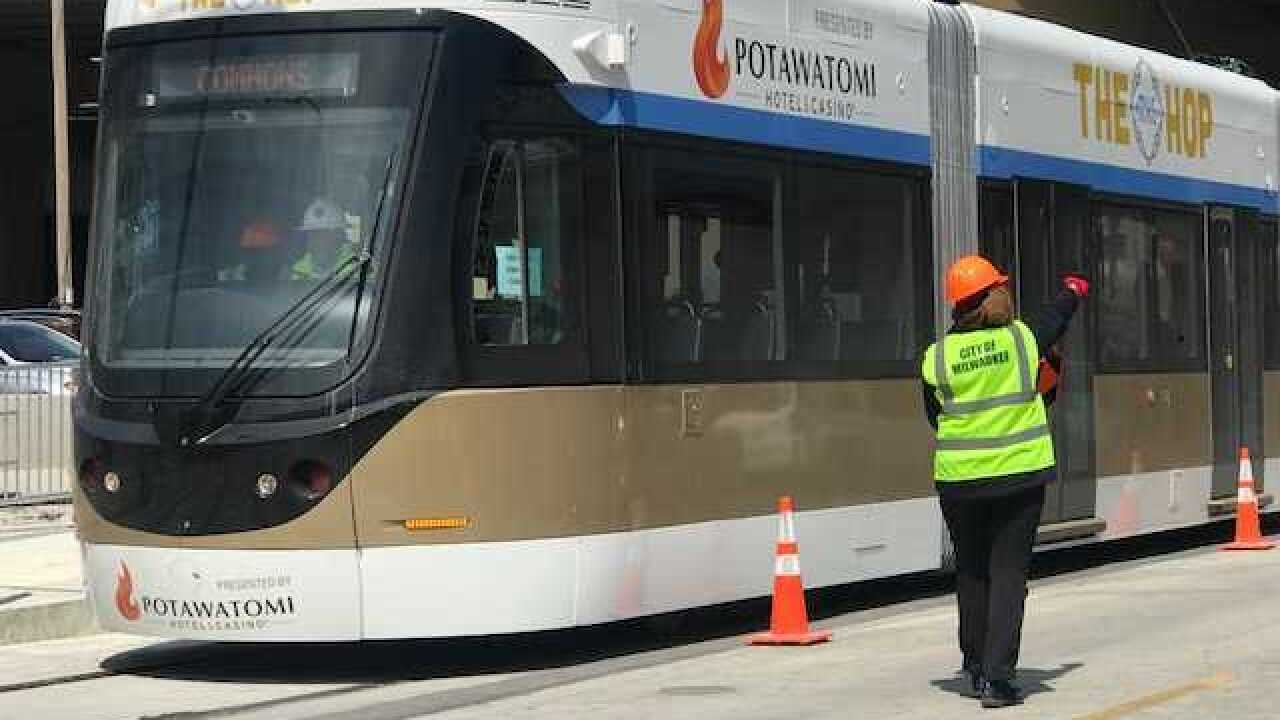 MILWAUKEE (AP) — Milwaukee residents are raising safety concerns about the city's new streetcar which will begin operations in November.

Several cyclists have filed injury claims with the city of Milwaukee after their tires became wedged in the streetcar's tracks, WUWM-FM reported . Residents wonder how motor vehicles, bicyclists and pedestrians will coexist once the streetcar begins running.

Five streetcars will run along the 2-mile street that connects downtown to the lower east side. McKayla Campbell, who lives near the route, said she's concerned that more accidents will happen along the route.

"I do have a safety concern with bikes because I know there is already a bike problem in Milwaukee with people getting hit, and I think the trolley will add an extra distraction for drivers," Campbell said.
Mayor Tom Barrett said it will take time for people to adjust. He said bicyclists should cross the tracks at a 90-degree angle.