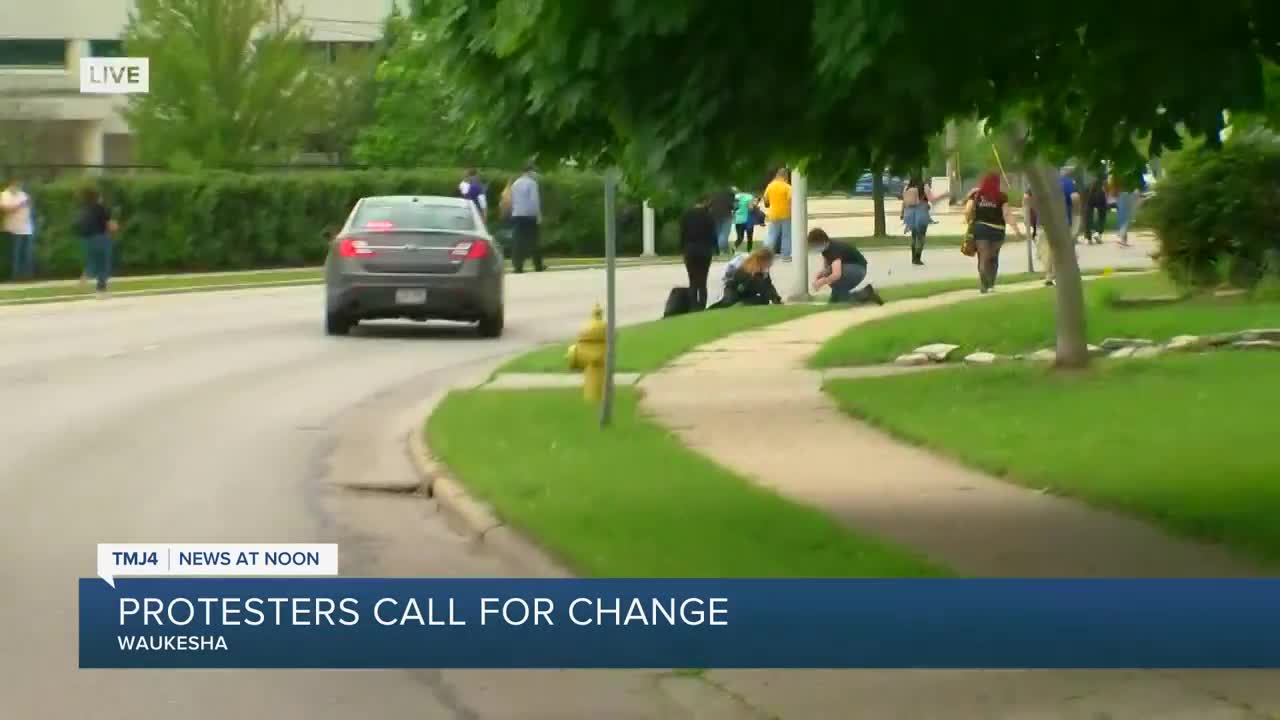 Protesters are calling for change as they continue to march through Waukesha. 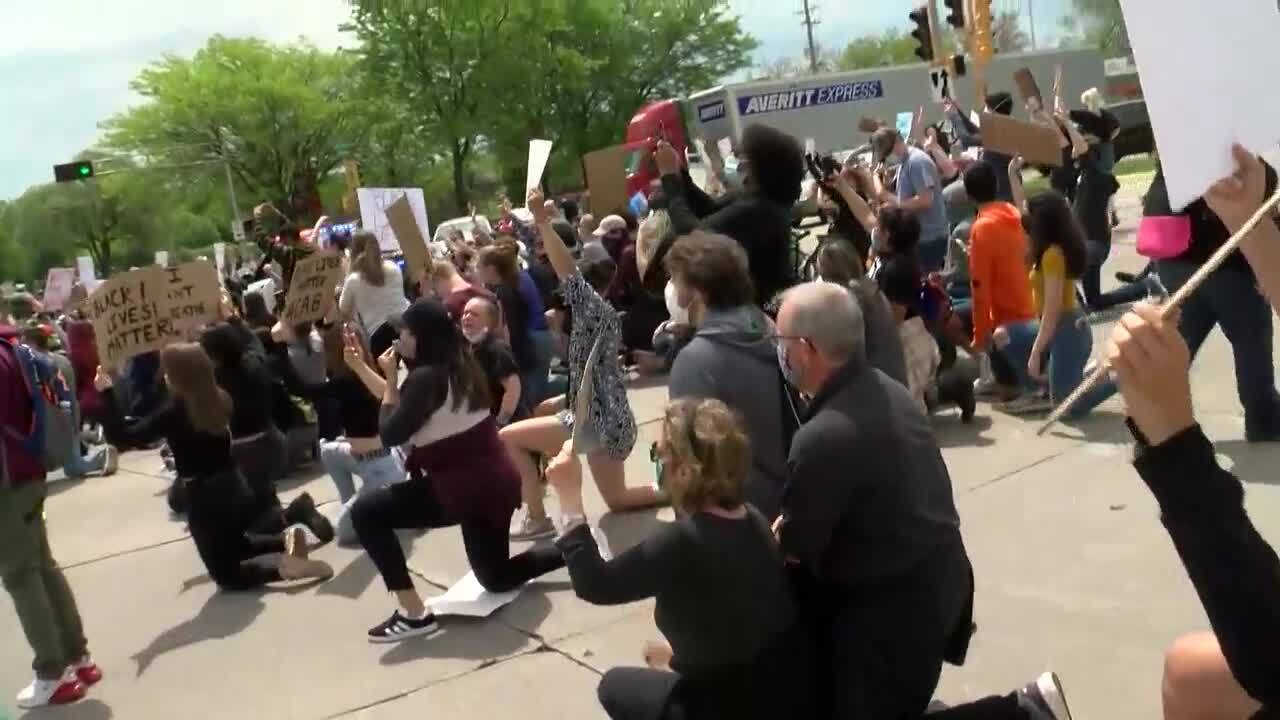 Protesters started around 11 a.m. at Frame Park, then marched west on Moreland toward the County Courthouse chanting "I can't breathe" and "say his name."

The group periodically stopped to chant and kneel in the streets to protest Floyd's death.

Waukesha Police were on the scene to help escort the peaceful protesters. Officers say the group also plans to stop at the Police Department and head through downtown Waukesha.

"Please use caution as there may be extra people in the area on the roadways," police said in a Facebook post.