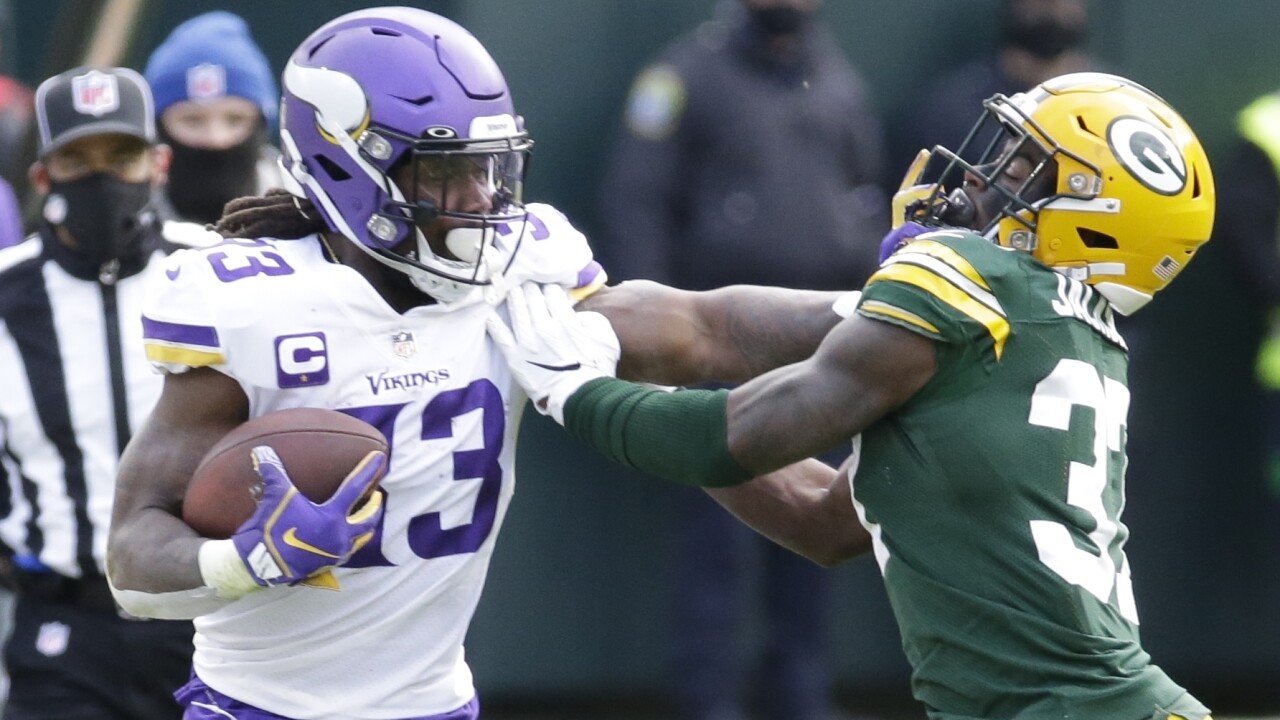 GREEN BAY — Dalvin Cook gained 226 yards from scrimmage and became the first Viking in over four decades to score four touchdowns in a single game as Minnesota defeated the Green Bay Packers 28-22 on Sunday.

The Vikings withstood a three-touchdown performance from Packers receiver Davante Adams. Each of the Vikings’ first four possessions ended with Cook touchdowns.

He ran for 163 yards and caught two passes for 63 more. The only other Vikings to score four touchdowns in a game are Ahmad Rashad in 1979 and Chuck Foreman in 1975.