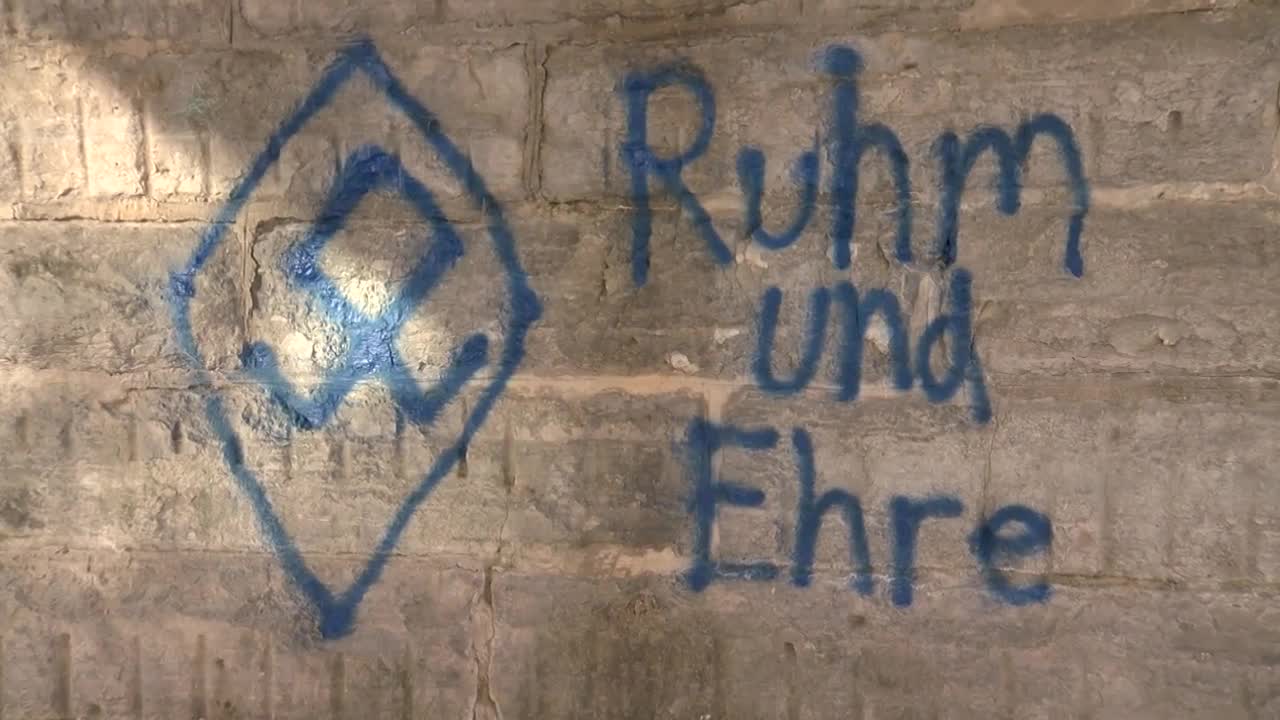 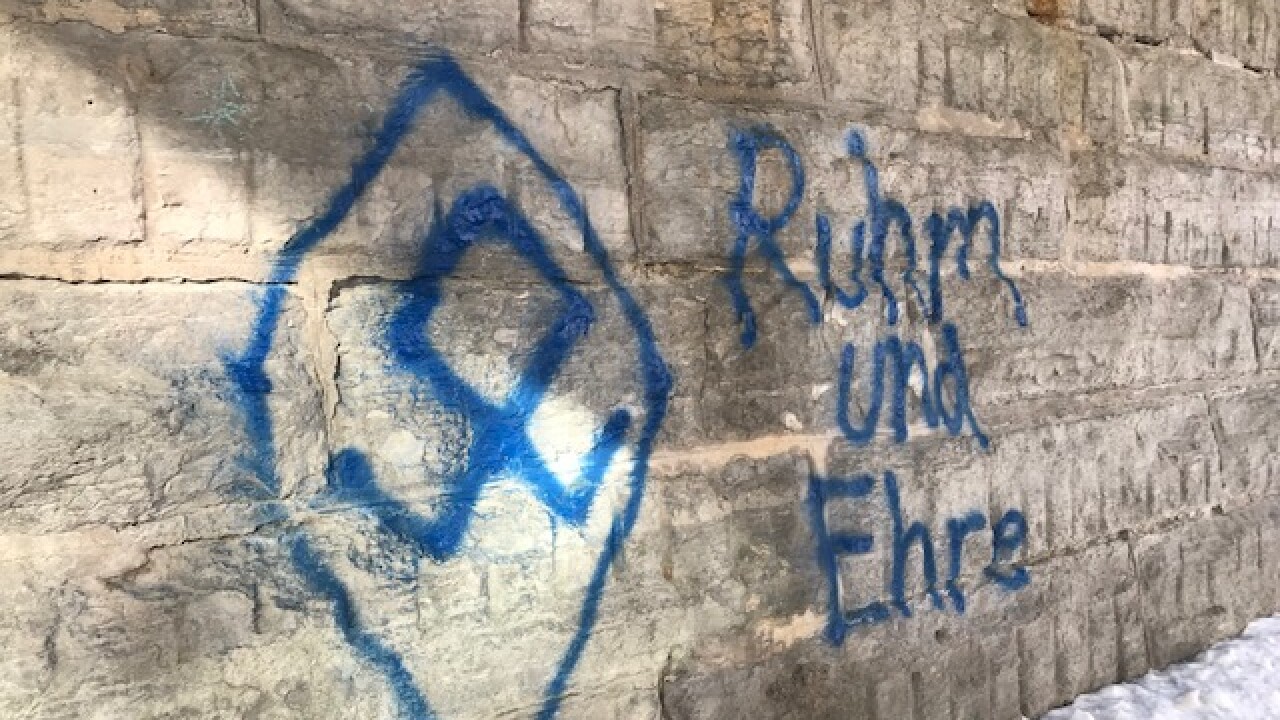 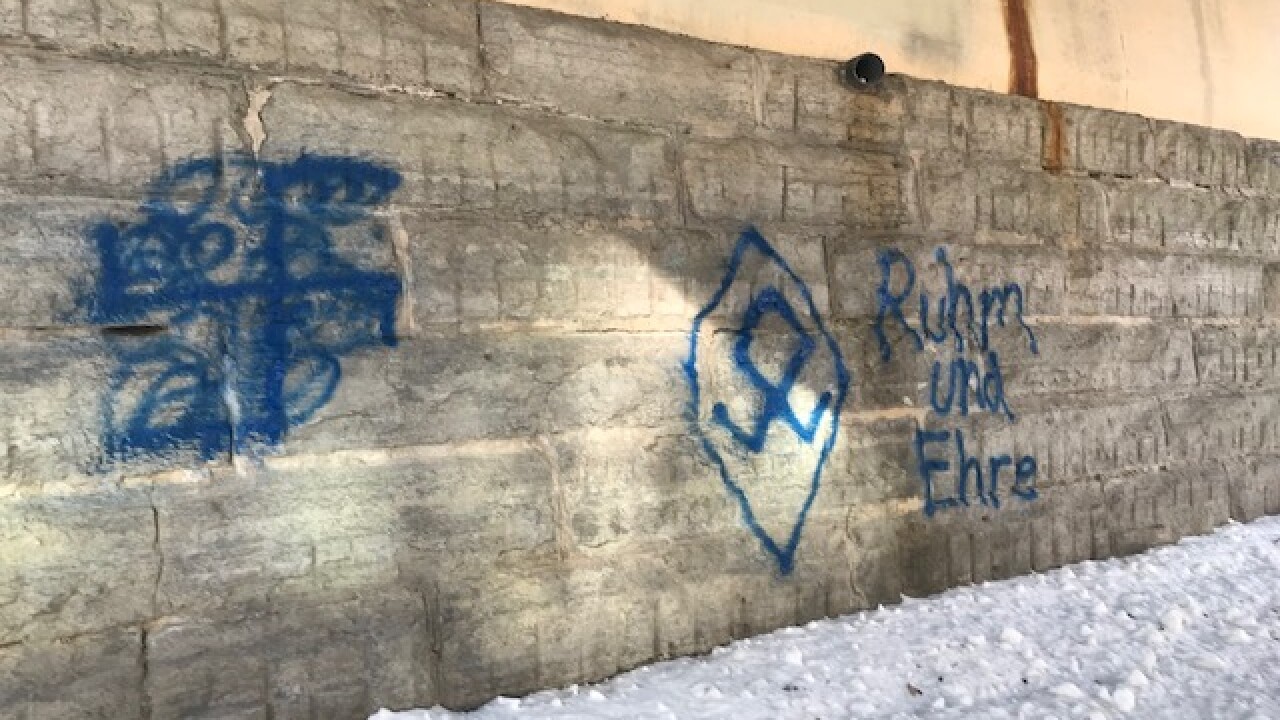 MILWAUKEE — A message of hate was found in graffiti on a popular Milwaukee bike path, and the Milwaukee Jewish Federation believes the words and symbol is a code to other white supremacists.

People out enjoying the Oak Leaf Trail were surprised to see the blue graffiti message under the Belleview Bridge just south of the Urban Ecology Center.

"Somebody just put that up," said Gil Gloyer as he walked by with his dog.

The words "ruhm und ehre" is German and the symbol with it is confusing to some.

"I don't know, what does it mean?" said Olga Lugsker as she walked by.

Elana Kahn, a spokesperson Milwaukee Jewish Federation said it's not common but the message is clear.

"It seems to be neo-Nazi graffiti," said Kahn. "Whoever put that graffiti there knew their stuff."

She said the German in the graffiti mean "honor and glory," which are from a neo-Nazi band's song. The symbol alongside it is an Othala rune. Kahn said it was a symbol used by the Nazis and now today white supremacists.

"I think it was a coded message to those who know," said Kahn.

Tuesday, the Milwaukee Jewish Federation released its numbers on anti-Semitic incidents. Last year, overall incident were up 21-percent and there was a 166-percent increase in vandalism. The concern the federation has in speaking on any incident is it could spark copycats.

The graffiti has been reported to the City of Milwaukee so it should be cleaned up soon. If you have any graffiti to report we have the graffiti hot-line number is 414-286-8715.