Closures on Interstate 41/94 due to three consecutive crashes 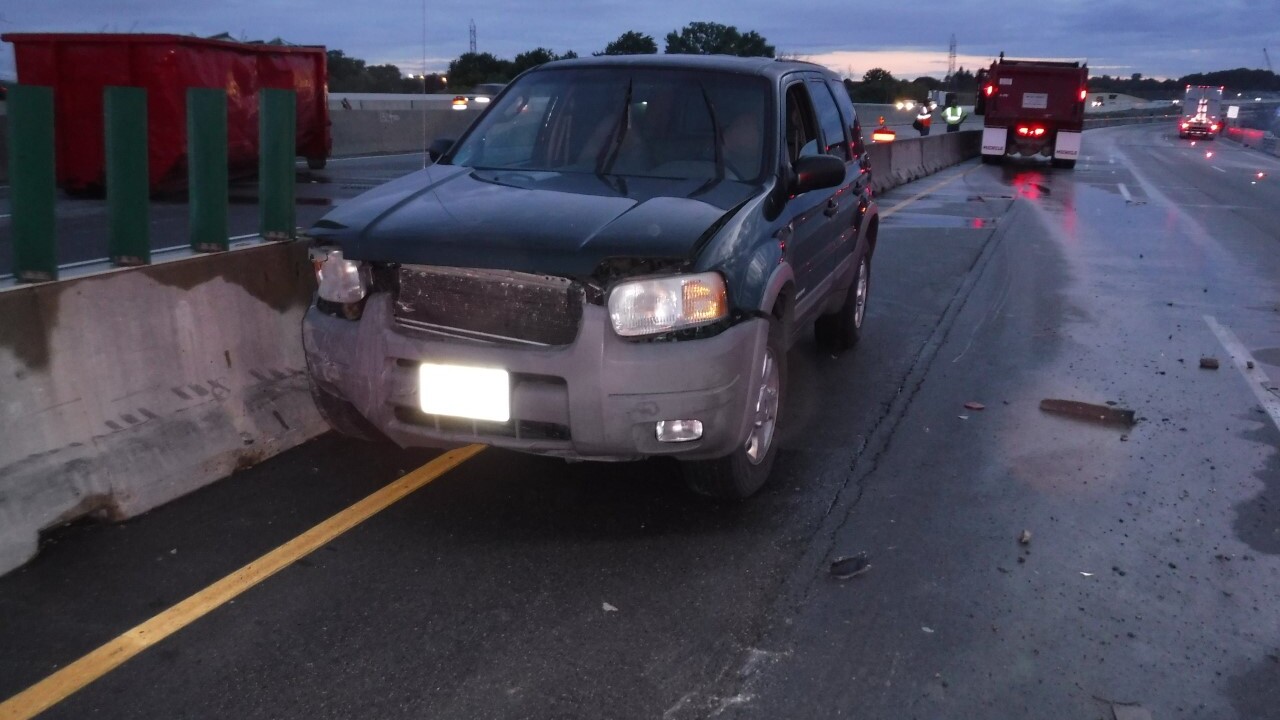 All northbound lanes of I-41/94 were closed early Tuesday morning due to three consecutive crashes, according to the Racine County Sheriff's Office.

The first crash involved a green Ford Escape that spun out and hit a median wall after its rear passenger side tire blew out.

A semi behind the Ford Escape slowed down after witnessing the crash and was then struck from behind by a dump truck. The dump truck then began leaking hydraulic fluid as a result of that crash.

Then, a blue Chevy Cobalt drove over the spilled hydraulic fluid, causing it to lose control and also crash into the median wall.

No one was injured in any of the incidents.