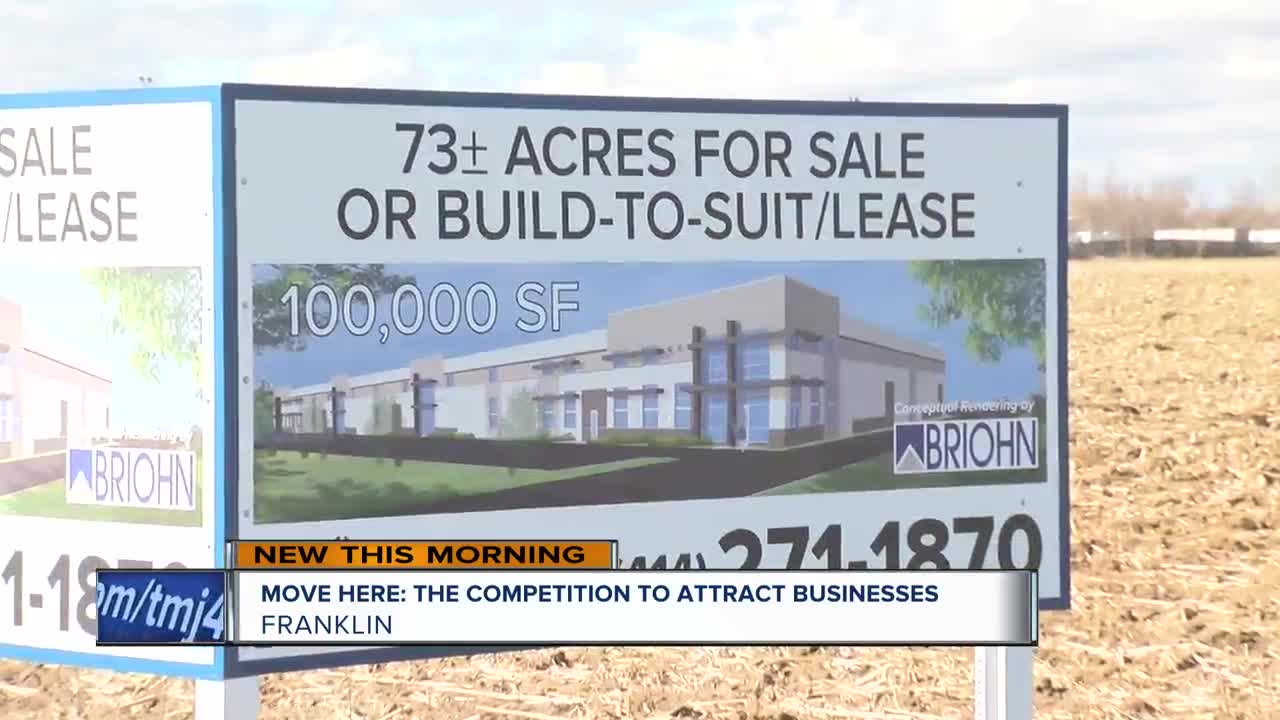 The City of Franklin is growing, and officials think its ample supply of available land provides a once-in-a-lifetime chance to attract economic development. The City of Franklin is growing, and officials think its ample supply of available land provides a once-in-a-lifetime chance to attract economic development.

Calli Berg, the city's Director of Economic Development, is zeroed in on a plot of land around Elm Road - in the Southeast corner of Franklin. It's roughly 540 acres in size.

The city developed a tax incremental financing (TIF) district to try and attract development to that area 15 years ago. However, nothing ever materialized.

"Many things happened along the way, including the recession, and the area just never developed," Berg said.

Berg said a new ramp will soon be added to Elm Road from I-94 as part of the reconstruction of the interstate between Milwaukee and the state line.

She thinks that brings the potential to turn much of the land in southeast corner of the city into a large industrial park.

"We're ideally situated between Milwaukee and Racine, and I think that's going to make us a very attractive location," Berg said.

The city doesn't own the land around Elm Road, but Franklin hopes to help businesses develop it.

"We have some of the property owners with a lot of acreage there actively working with brokers to sell," Berg said.

She said one challenge Franklin faces is the lack of existing buildings for businesses to move into.

"We still have 60% of our available land - out of almost 36 square miles - available for development," Berg said.

But Berg said the city is marketing the open space as a positive to "developers, real estate brokers and construction firms," Berg said.

Berg said the first business to decide to build in the area around Elm Road will have a significant say in how it's developed.

"We're working with an engineering firm to make sure whoever the first developer is that says, 'yes, we're coming into your community,' they will have the opportunity to work with us and determine how the roads will be laid out," Berg said.