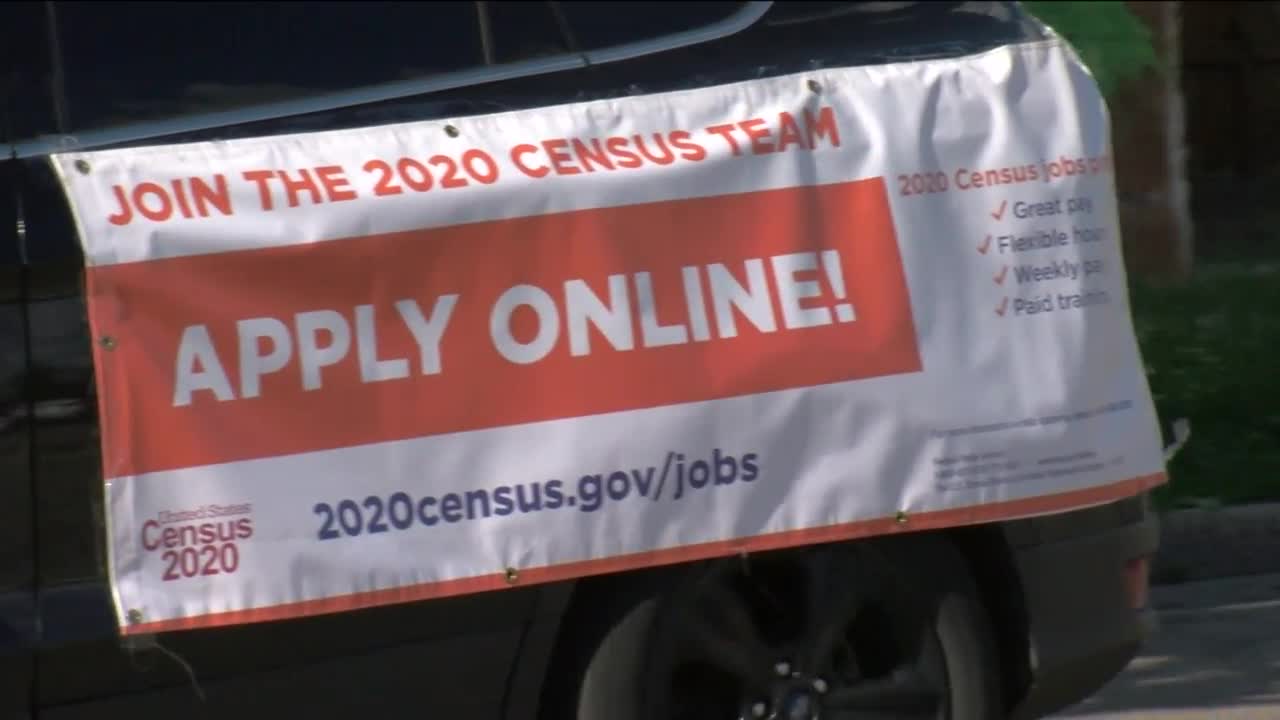 Organizers caravanned throughout Milwaukee's south side on Saturday afternoon to encourage people to vote and participate in the 2020 Census.

MILWAUKEE — Organizers caravanned throughout Milwaukee's south side on Saturday afternoon to encourage people to vote and participate in the 2020 Census.

Organizers with Voces say the southside community saw low voter turnout in the last election. They believe the pandemic is in part to blame.

"Our community has been afraid to go out and vote as we saw in the April 7 election, so we want to again make sure we give the safe option to request an absentee ballot," said organizer Erica Ramirez.

Some volunteers who came out won't be old enough to vote in 2020. Shorewood High School student Lulu Fregoso said she thinks it's important to help encourage others to politically engage.

"Even a little bit of a difference can really swing the election," Fregoso said.

Volunteers also encouraged people to fill out forms for the 2020 Census. Organizers with Voces say less than 40 percent of people in the 53204 and 53215 zip codes have done so. Those zip codes have some of the largest Latino populations in the state.

Volunteers stressed to people that participating in the Census can help make sure their community gets the resources it deserves.

"I think you can look to COVID-19 for example, a double whammy," organizer Kathryn Zamarron said. "53215 was a hotspot in the city for a long time and also has really low rates of response to the Census, so we don’t have enough health care systems either. So really drawing the connection for people."

Volunteers reminded people the 2020 Census does not have a question about citizenship, and the information participants give cannot be shared with other federal agencies.

Jennifer Lopez saw the caravan drive past her home on Saturday. She told volunteers she was already registered to vote, but that she still needs to fill out Census forms.

Lopez is a young mother, and she plans to go to college and start a career. She plans to vote in her first election this year.

"It’s important to know that we count and that we got options, and we're important, and we got other things to fight for, education, health," Lopez said.

Lopez is also planning on becoming a Census worker to help other people in her community participate. She also says she will make sure her family and friends join her in heading to the polls.

"Voting you talk, staying home you’re not going to do nothing," Lopez said. "So voting is the first thing."