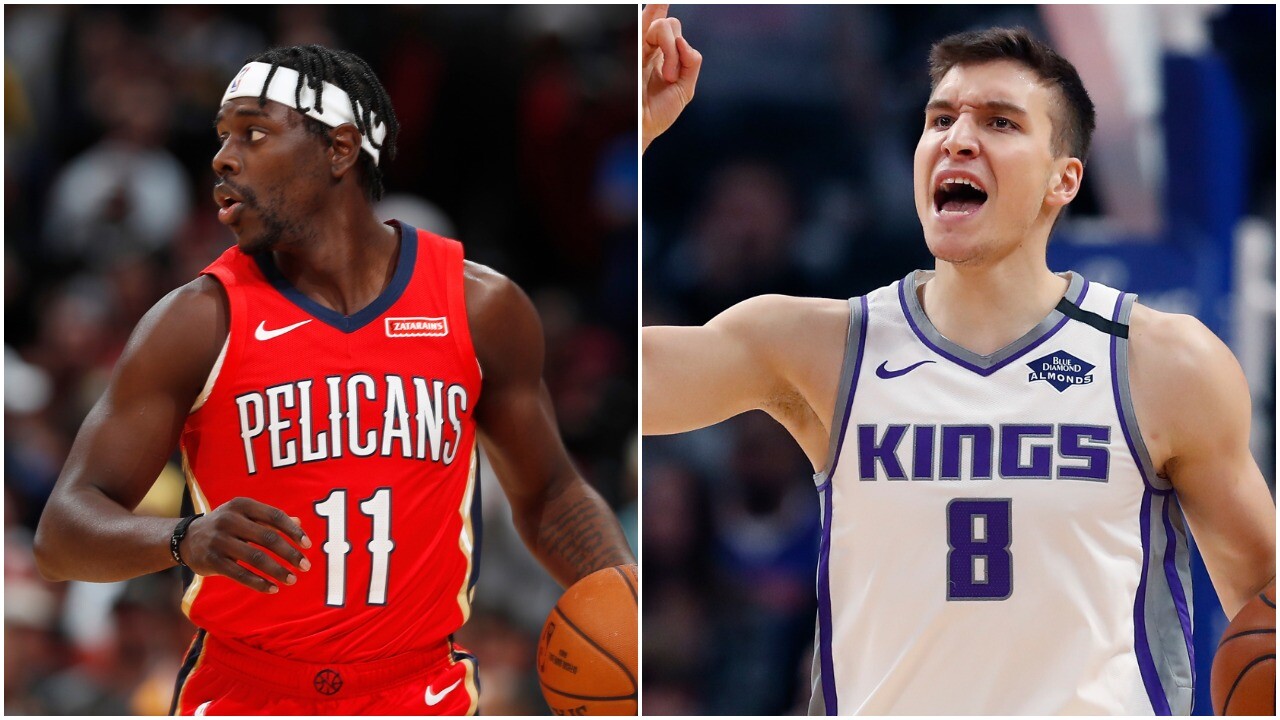 MILWAUKEE (AP) -- A person with knowledge of the situation says point guard Jrue Holiday is being traded from New Orleans to Milwaukee.

The Bucks are aiming to give two-time reigning NBA MVP Giannis Antetokounmpo the improved roster that he seeks with the decision on his supermax contract extension looming.

The person told The Associated Press that the Pelicans are getting Eric Bledsoe, George Hill and a package of future first-round draft picks from the Bucks.

The person spoke on condition of anonymity because no deal had been finalized.

After promising to deliver Giannis a reshaped supporting cast prior to his extension decision, the Bucks make moves for Jrue Holiday and Bogdan Bogdanovic. Story on ESPN: https://t.co/IPqCbVYPqY

The moves effectively remake the Bucks' roster, and should keep them competitive atop the Eastern Conference in the upcoming NBA seasons. The new weapons may also lure two-time MVP Giannis Antetokounmpo to sign a lucrative 5-year supermax extension with the franchise.