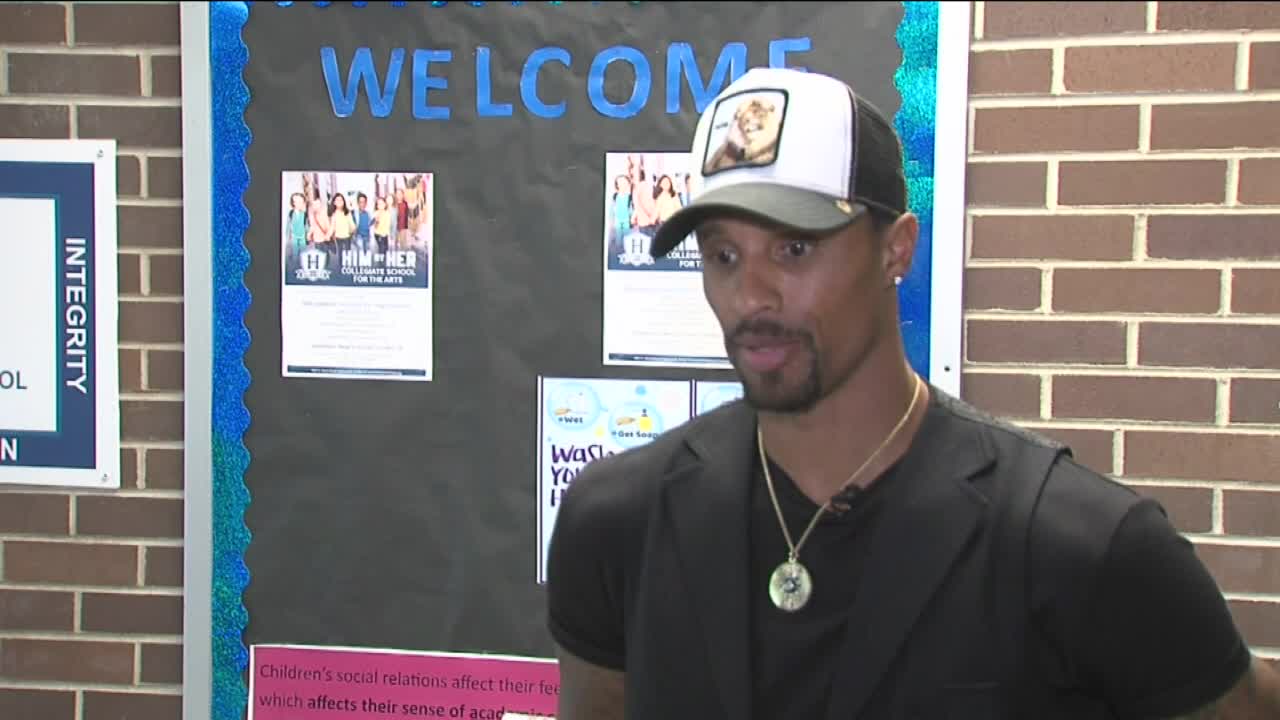 Just like that, Him by Her Collegiate School of the Arts in Indianapolis is born. For underprivileged kids, kindergarten through second grade. It's free, with two simple requirements.

Just like that, the Him by Her Collegiate School of the Arts in Indianapolis is born. For underprivileged kids, kindergarten through second grade, it's free, with two simple requirements.

"Free for the kids. The only price they have to do is wake up in the morning and bring their kids to school. So, that's not too much to ask. We're asking you to make that contribution effort. And we'll take care of the rest," George Hill says.

Hill is a deep thinker who thinks there's more to life than just basketball.

"If they're ready to throw this ball up in the air? My competitive side will kick right in. But I know there's more to life that we need to focus on, than playing ball," Hill says.

Additionally, Hill has an opinion on the NBA starting without significant change happening in the outside world.

"And this is just my opinion. Playing, getting back to basketball? Just puts a band-aid on it. It pushes it off to the side to leave us to talk about it another day. I think it needs to be talked about now. I think there's action that needs to be put in right now. It's not put in after basketball season. It has to come before that," Hill says.

The Bucks will be available during their workouts, here in Milwaukee, later this week.