Brewers release Smoak after designating him for assignment 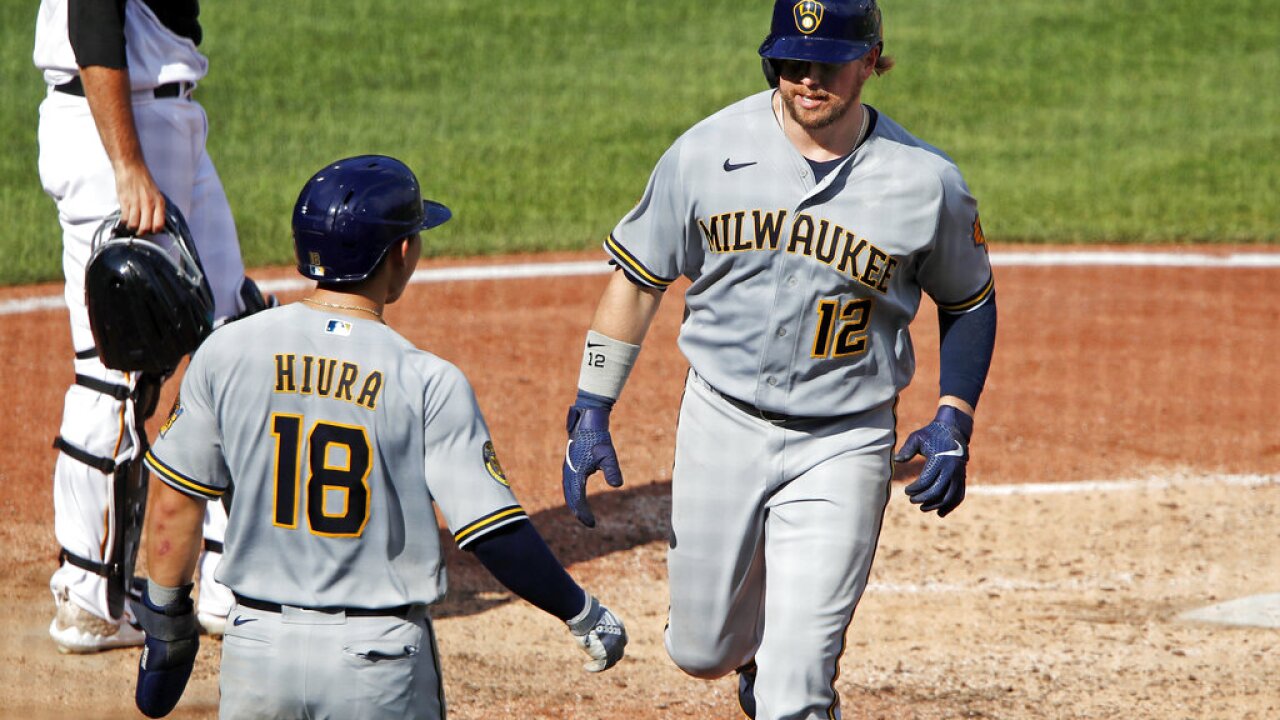 Gene J. Puskar/AP
Milwaukee Brewers' Justin Smoak (12) celebrates with Keston Hiura as he heads for the dugout after hitting a two-run home run off during the sixth inning of a baseball game in Pittsburgh, Sunday, Aug. 23, 2020. (AP Photo/Gene J. Puskar)

MILWAUKEE (AP) - The Milwaukee Brewers have released first baseman Justin Smoak, who had been designated for assignment last week. Smoak hit .186 with five home runs and 15 RBIs in 33 games for the Brewers.

Milwaukee claimed first baseman Daniel Vogelbach off waivers last week. Smoak’s struggles came after he hit 85 homers over the previous three seasons with Toronto — although his home run totals and batting average slipped over the course of that span.

The Brewers enter Tuesday night’s game at Detroit trailing the final playoff spot in the National League by 1 1/2 games.