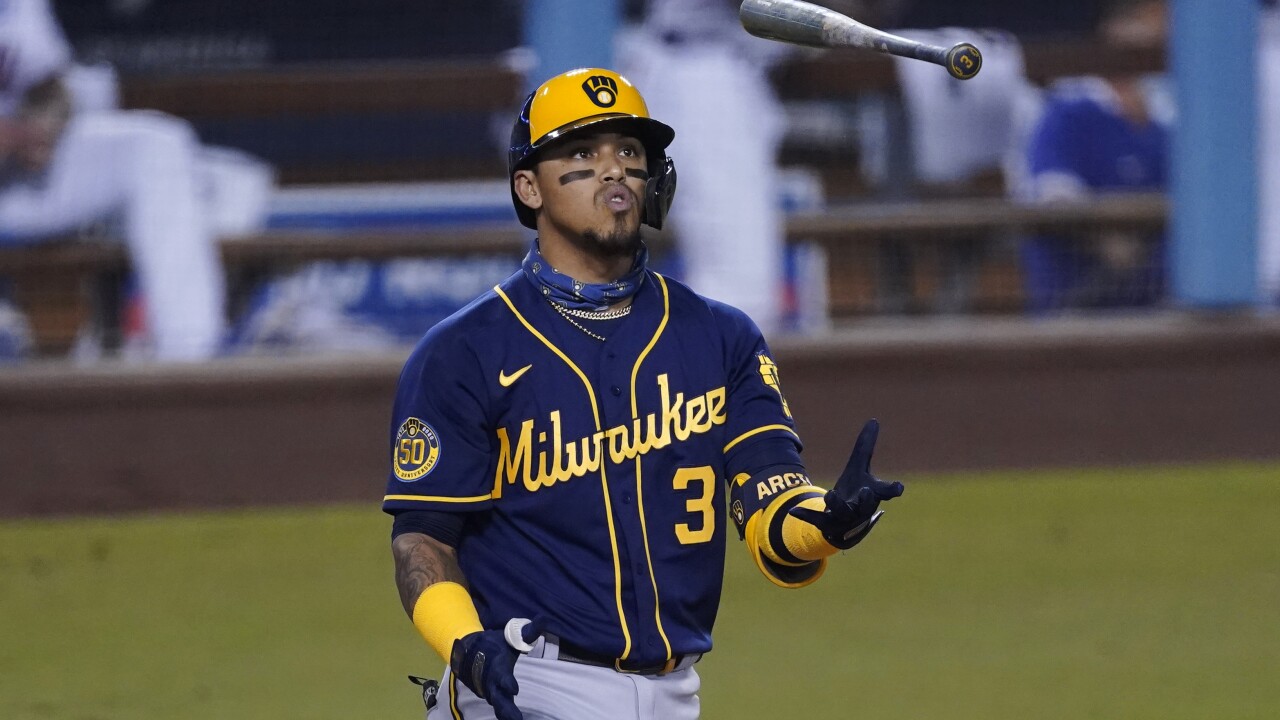 Ashley Landis/AP
Milwaukee Brewers' Orlando Arcia flips his bat after striking out during the fourth inning in Game 2 of the team's National League wild-card baseball series against the Los Angeles Dodgers on Thursday, Oct. 1, 2020, in Los Angeles. (AP Photo/Ashley Landis)

LOS ANGELES (AP) — Clayton Kershaw struck out 13 while delivering eight innings of three-hit ball, Mookie Betts snapped a scoreless tie with a two-out, two-run double in the fifth, and the Los Angeles Dodgers beat the Milwaukee Brewers 3-0 to sweep their NL wild-card series.

The eight-time West champion Dodgers advanced to the NL Division Series in Arlington, Texas, and will play either the St. Louis Cardinals or San Diego Padres, who meet in a deciding Game 3 on Friday.

Kershaw’s strikeouts were a playoff career high and the most by a Dodgers pitcher in the postseason since his mentor Sandy Koufax had 15 in Game 1 of the 1963 World Series against the Yankees.