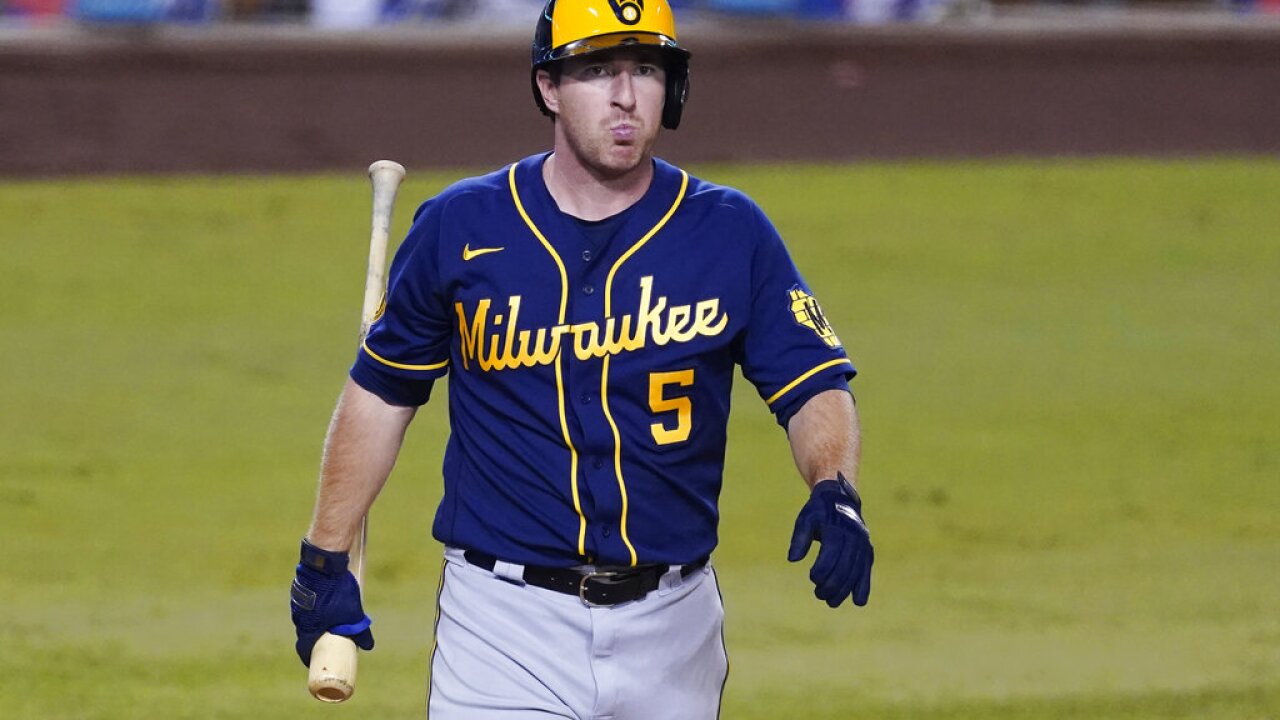 Ashley Landis/AP
FILE - In this Thursday, Oct. 1, 2020, file photo, Milwaukee Brewers' Jedd Gyorko (5) walks back to the dugout after an at-bat against the Los Angeles Dodgers during Game 2 of a National League wild-card baseball series against the Los Angeles Dodgers in Los Angeles. The Brewers have declined 2021 options on infielders Jedd Gyorko and Eric Sogard as well as outfielder Ben Gamel. (AP Photo/Ashley Landis, File)

The moves came one day after the Brewers declined a $15 million option on 2011 NL MVP Ryan Braun, whose 352 homers make him the franchise’s leader in that category. Braun is due a $4 million buyout and is contemplating retirement.