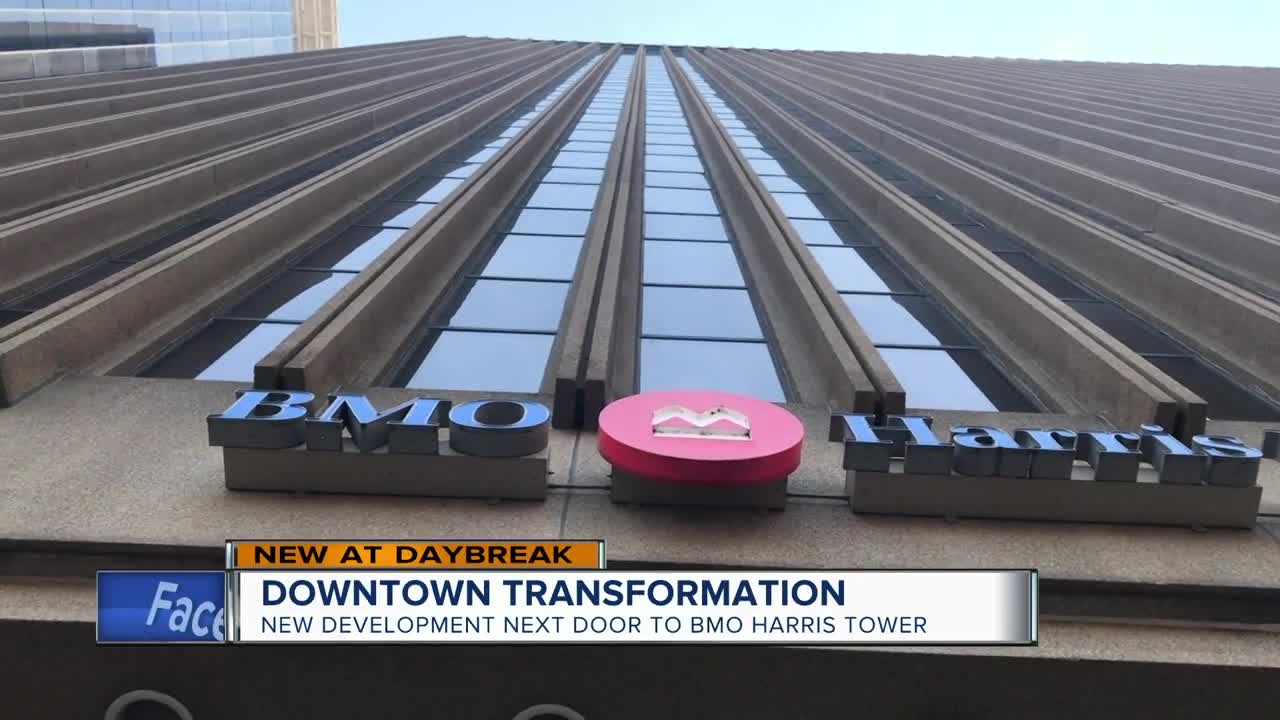 When the new BMO Harris tower is completed downtown the rest of the block may see a face lift as well.

The developer behind the new BMO Harris Tower on Water Street, which will be completed in December, also has grand plans for the current BMO Harris building next door.

The building at 770 North Water Street, which was originally built to house M & I Bank, sits on historic land.

It was once home to Milwaukee's oldest house, then later a German-American newspaper and a hotel before the bank building was erected in the 1960's.

A recent boom in development downtown has real estate developer Irgens eager to revamp the structure after the employees currently housed there move into the new BMO Harris Tower next door.

"We take pride in revitalizing this city. This is going to be a fantastic project," said Rob Oldenburg, Vice President of Development for Irgens.

He said the ground level of the building, now a BMO Harris Bank branch, will be turned into two restaurants.

Oldenburg said the rest of the building will be filled with office space, or perhaps a mix of offices and residential units.

He said the finished project, when paired with the new BMO Harris Tower next door, will bring a lot of foot traffic and vibrancy to the downtown area south of City Hall.

"We think this is going to be attractive to a company that wants to come in and cement its brand on Water Street," Oldenburg said.

According to Oldenburg, Irgens is already talking to businesses about both the restaurant spaces on the ground floor and the possibility of being the building's anchor tenant in the offices above.

Work will begin next year.

The goal is to have the 770 North building renovated and back open by summer 2021.