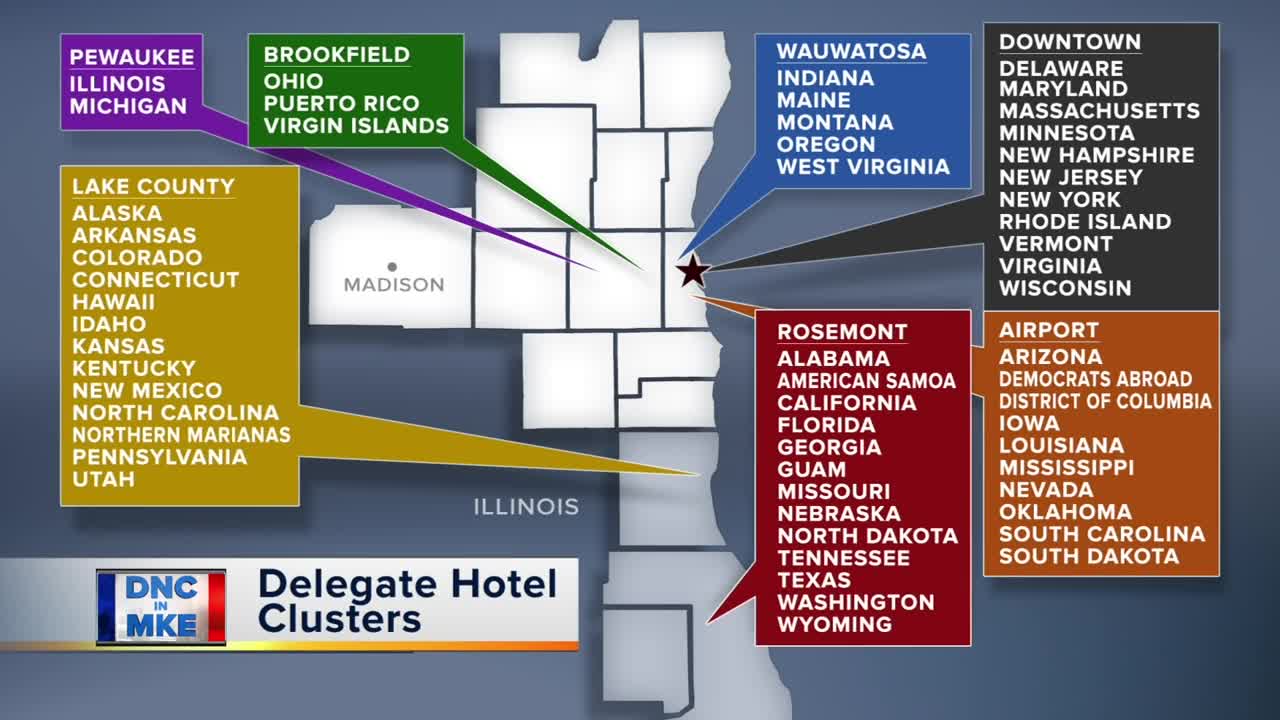 MILWAUKEE — As Milwaukee prepares for next year's Democratic National Convention Today's TMJ4 has learned delegates will stay at hotels in Wisconsin and Illinois.

"In many regards, it would be similar to what's happened in other cities in terms of commute time. I think what's different here is that they're going to be over the border but if you look at the travel time that I experienced for example in Philadelphia or Charlotte it'll be pretty comparable," said Milwaukee Mayor Tom Barrett.

When Today's TMJ4 caught up with Barrett Thursday morning he had not seen the delegates' hotel assignments. However, he said they were expecting DNC guests to stay in Illinois.

"There's no question we are going to rely on Chicago’s suburbs as our suburbs because O’Hare, Lake County they will have some hotels that are used there because the delegates want to stay with the other state delegates, but we're putting together a huge bus service to get them here," said Barrett.

In response to the assignments the national press secretary for the DNC released a statement saying:

"We see this as a regional Convention designed to engage with communities that will be critical in taking back the White House."

Barrett said, in general, he was not concerned over delegates staying in Illinois.