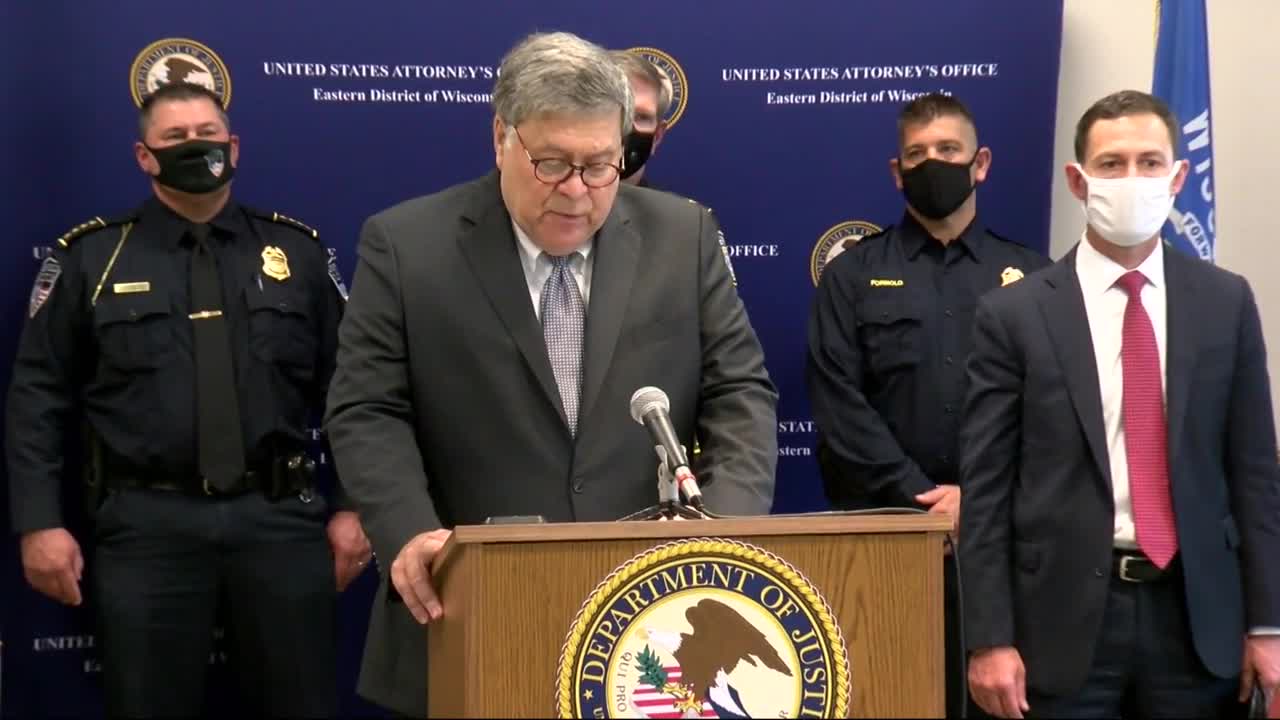 The Department of Justice has charged 26 people allegedly involved in drug trafficking in the Milwaukee area, Attorney General William Barr announced during a visit to the city on Tuesday. 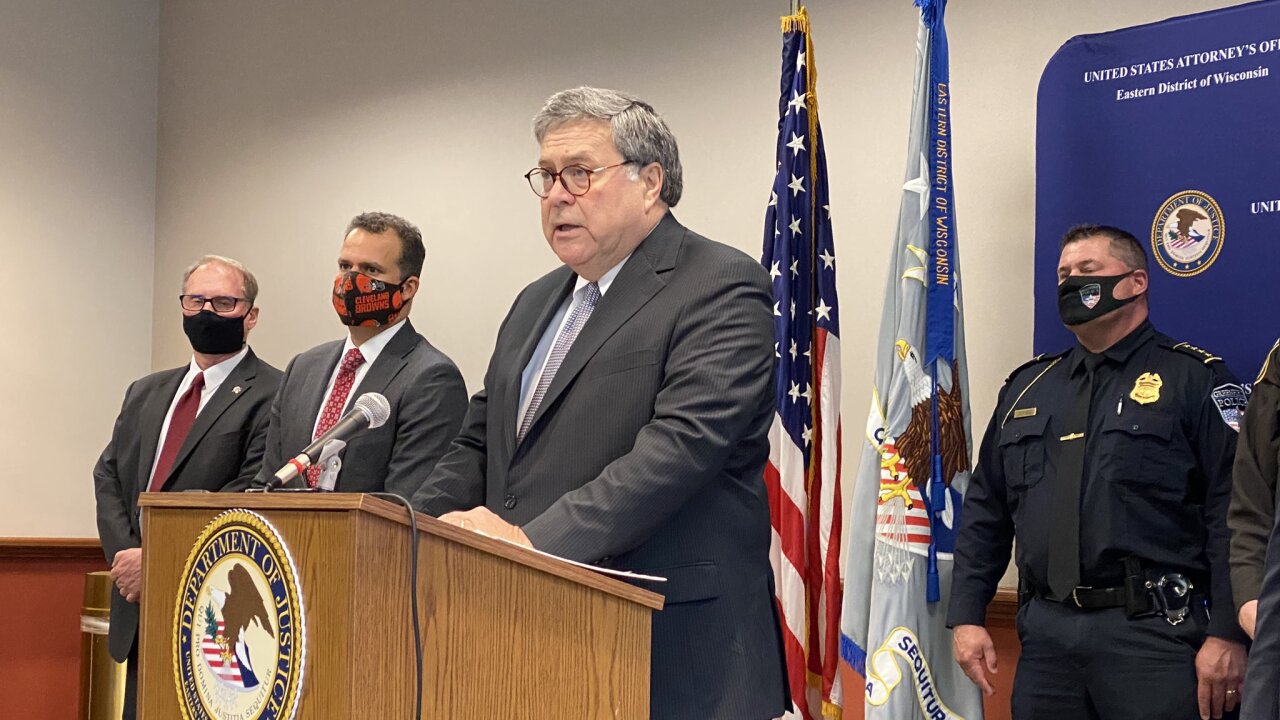 MILWAUKEE — U.S. Attorney General William Barr came to Milwaukee Tuesday to tout what he called the success of ‘Operation Legend.’ He said prosecutors have charged 47 people with federal crimes, and local law enforcement has received more than $12 million in funds.

“The surge in violent crime that we have seen in a number of our great cities is a threat, not only to innocent lives, but also to our way of life,” Barr said.

‘Operation Legend’ started in late July when the Department of Justice deployed federal investigators to Milwaukee in response to an increase in violent crime.

Since then, Barr said the city’s crime numbers are starting to come down.

This is not the case for homicides, which is double the number we saw at the same time last year. Barr believes that will change.

“By working together we think we will see that rate start to come down. We think the non-violent shooting is perhaps a lead indicator,” Barr said. “The increased arrests and the increased activity of law enforcement is capable of having a significant effect, but the other ingredients that goes into that are the rest of the criminal justice system.”

Attorney General William Barr says in #Milwaukee 47 people have been charged with federal crimes connected to #OperationLegend - these are related to narcotics, firearms, other offenses @TMJ4 pic.twitter.com/pKEfx8pH3w

As a part of the ongoing operation, U.S. Attorney Matthew Krueger of the Eastern District of Wisconsin announced 26 people were charged Tuesday with federal crimes related to a violent drug trafficking organization that smuggled cocaine and marijuana from California to Milwaukee for distribution. Krueger said federal agents also seized dozens of firearms.

“Operations like this which aim to disrupt and dismantle criminal organizations that fuel violence require partnerships among federal, state and local law enforcement,” Krueger said.

It’s important to point out, the case that resulted in Tuesday’s drug trafficking bust was initiated back in 2018, well before ‘Operation Legend.’