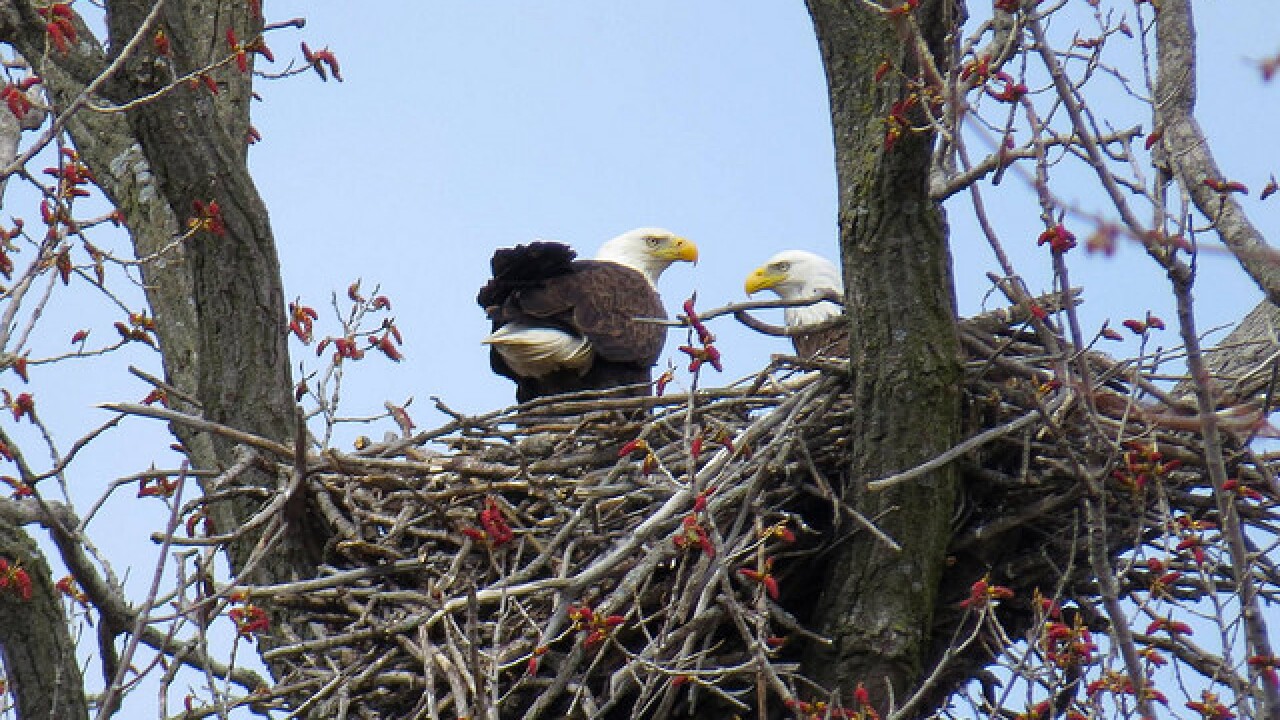 MADISON — Milwaukee County is the lone county in Wisconsin without a known active bald eagle nest, but the state’s bald eagle population continues to rise, according to the 2018 Wisconsin Bald Eagle Survey.

"2018 was another great year for the bald eagles' remarkable comeback in Wisconsin," Laura Jaskiewicz, the Department of Natural Resources research scientist who coordinates the statewide aerial survey effort, said in a news release. "The number of nests is still increasing throughout the state and we now have them documented in 71 of 72 counties."

"2018 was another great year for the bald eagles' remarkable comeback in Wisconsin." — Laura Jaskiewicz, Department of Natural Resources research scientist

"That being said, it's certainly not impossible. In areas like the Twin Cities metro area of Minnesota, bald eagles are doing quite well and the Minnesota DNR has documented dozens of active nesting territories," Sharon Fandel, a DNR district ecologist with the Natural Heritage Conservation program, said in the news release.

That is a 6.6 percent increase and more than 16 times as many nests found in the first detailed surveys in 1974, when bald eagles were listed as state and federally endangered species and 108 nests were documented.