Arrests made during Fight for $15 rally at Milwaukee McDonald's 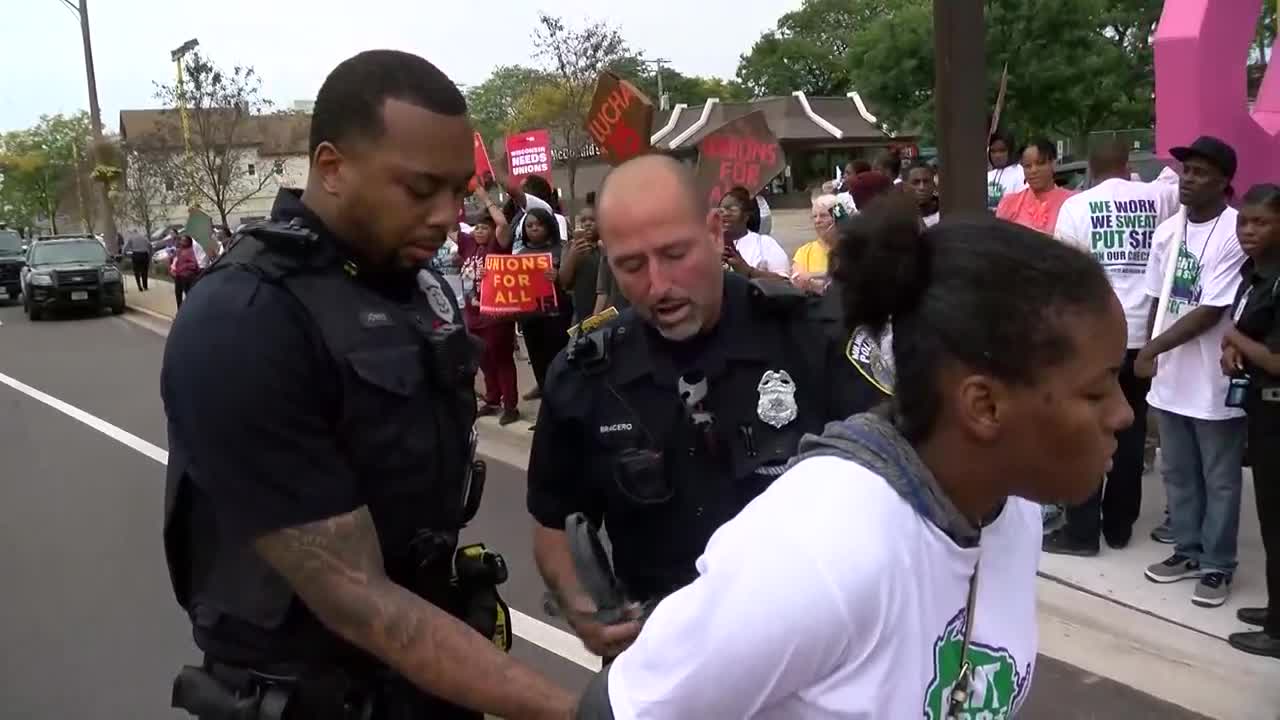 Milwaukee Police have arrested several people during a Fight for $15 rally at the McDonald's near North Avenue and I-43 in Milwaukee. 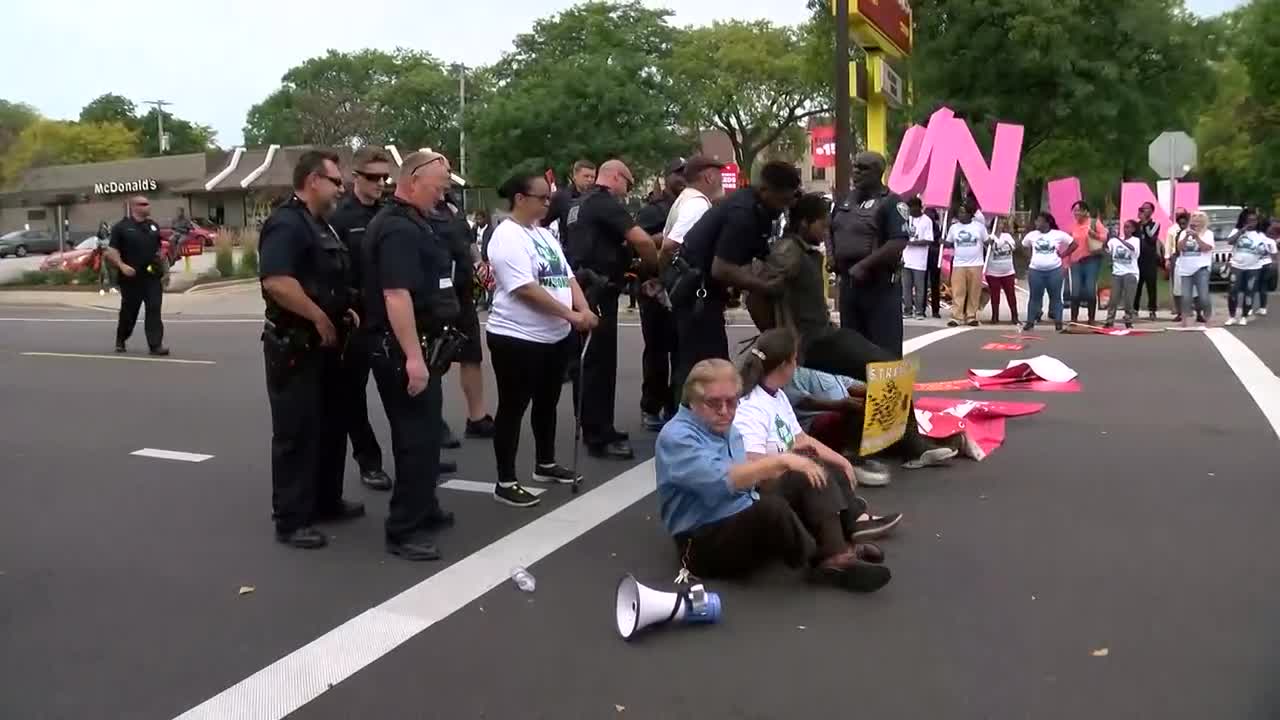 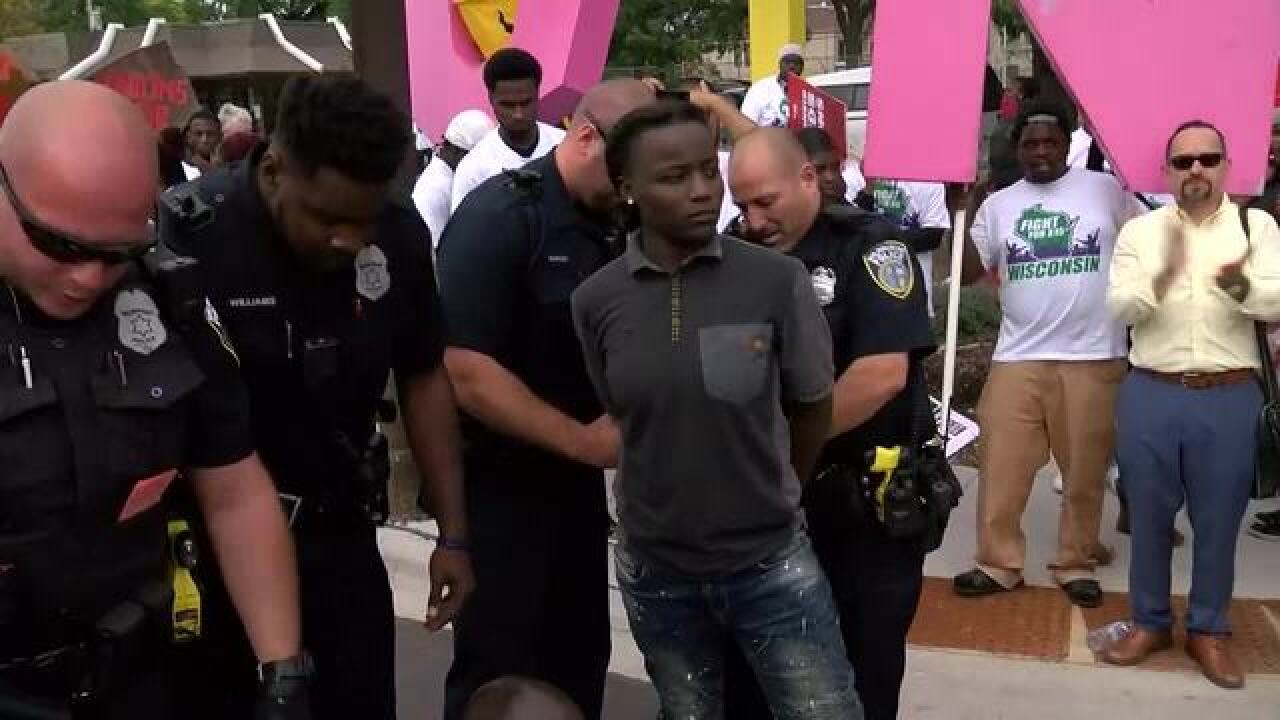 MILWAUKEE -- Milwaukee Police have arrested several people during a "Fight for $15" rally at the McDonald's near North Avenue and I-43 in Milwaukee.

Some of the arrests were made during the Noon hour Wednesday.

The rally appears to have started in the parking lot of the restaurant -- but moved to North Avenue. Multiple people were seen sitting on the roadway -- blocking traffic -- and not following police orders. Police then made arrests.

"Fight for $15" is part of a larger protest that's being held across the county.

Fast food workers in Milwaukee were expected to walk off the job Wednesday -- in an effort to protest for higher pay and the right to form unions.