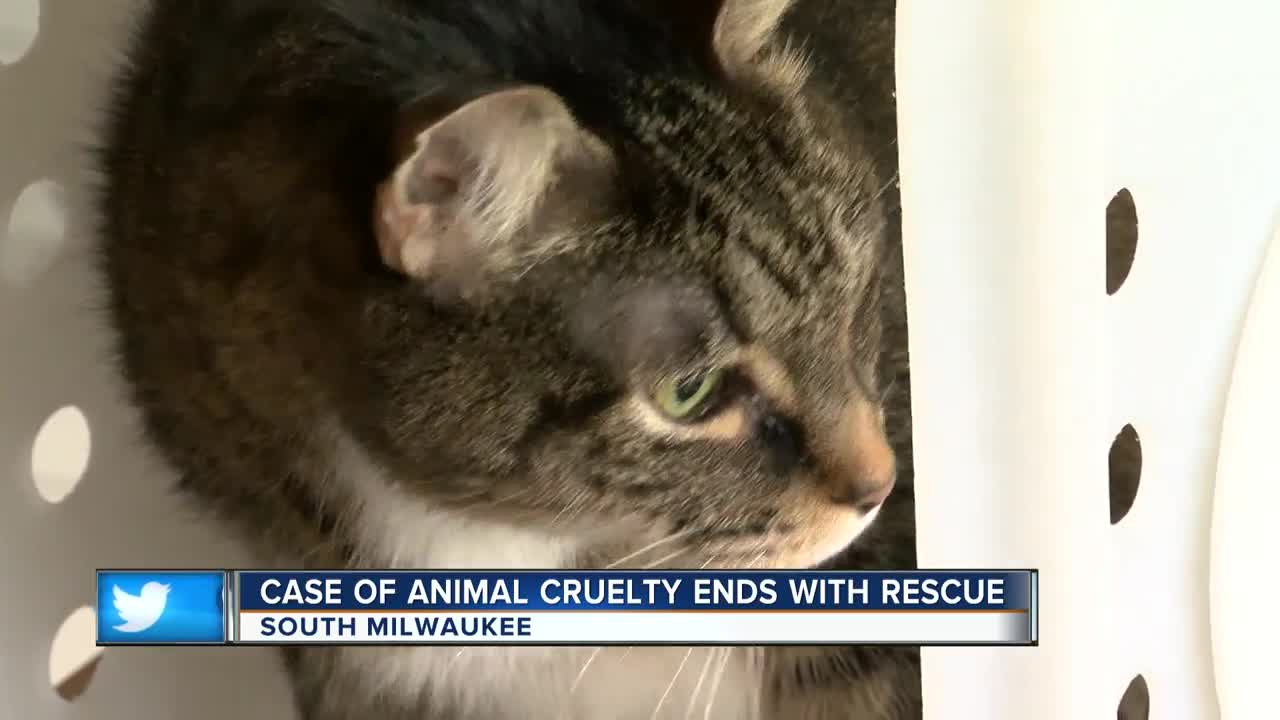 A case of animal cruelty has ended with a rescue. It happened Saturday morning near the Seven Bridges Trail in South Milwaukee. 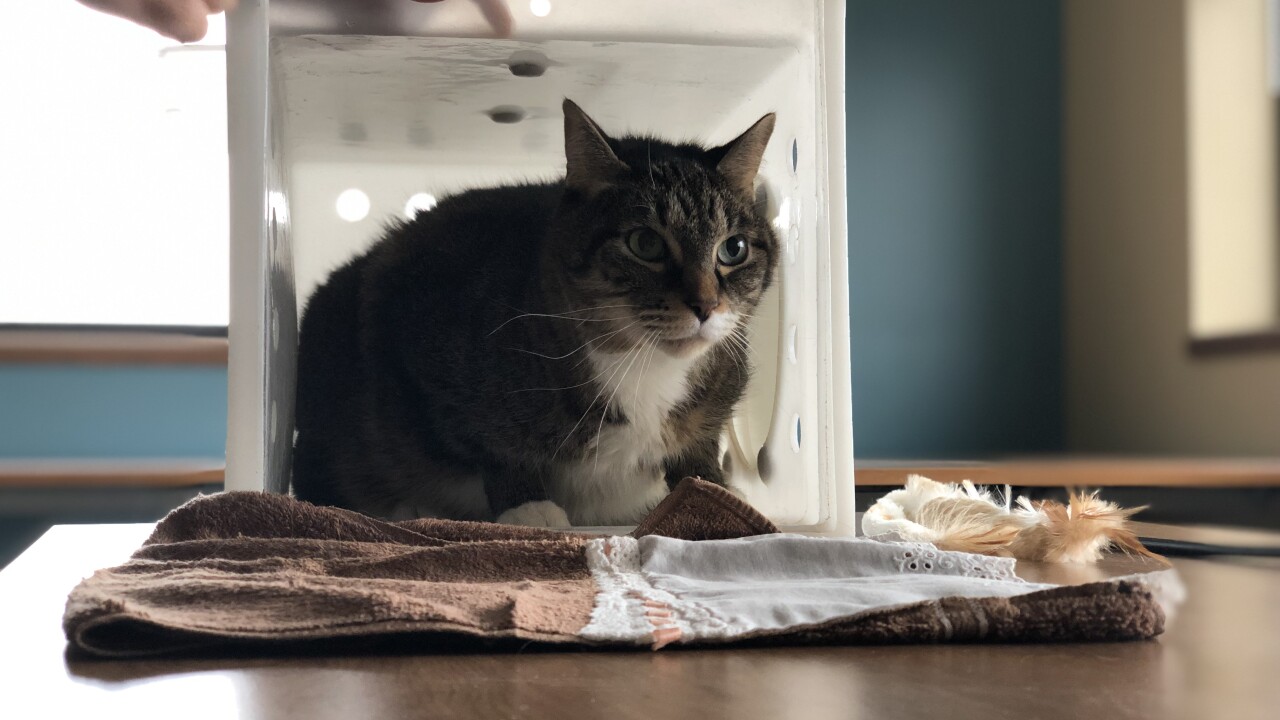 SOUTH MILWAUKEE — A case of animal cruelty has ended with a rescue. It happened Saturday morning near the Seven Bridges Trail in South Milwaukee.

The cat Milena Grcic found while walking her dog doesn’t have a name, but he's unusually calm — especially for a cat that has experienced the kind of trauma Grcic described.

“The cat (reeked) of diesel fuel, and I scooped it up in the blanket that was in (the box) and then got in my car with my dog and rushed him to the Lake Shore Hospital,” Grcic said.

Grcic found boxes duct-taped shut near a garbage can on the Seven Bridges Trail in Grant Park. There was a dead cat next to one of the boxes, and the cat she rescued was in the other.

“(I was) just wondering who could do something so cruel. What was scary, too, was the cat seemed like he was well taken care of,” Grcic said.

She called the police, took him to a vet and finally brought him to the Milwaukee Area Domestic Animal Control Commission (MADAC). 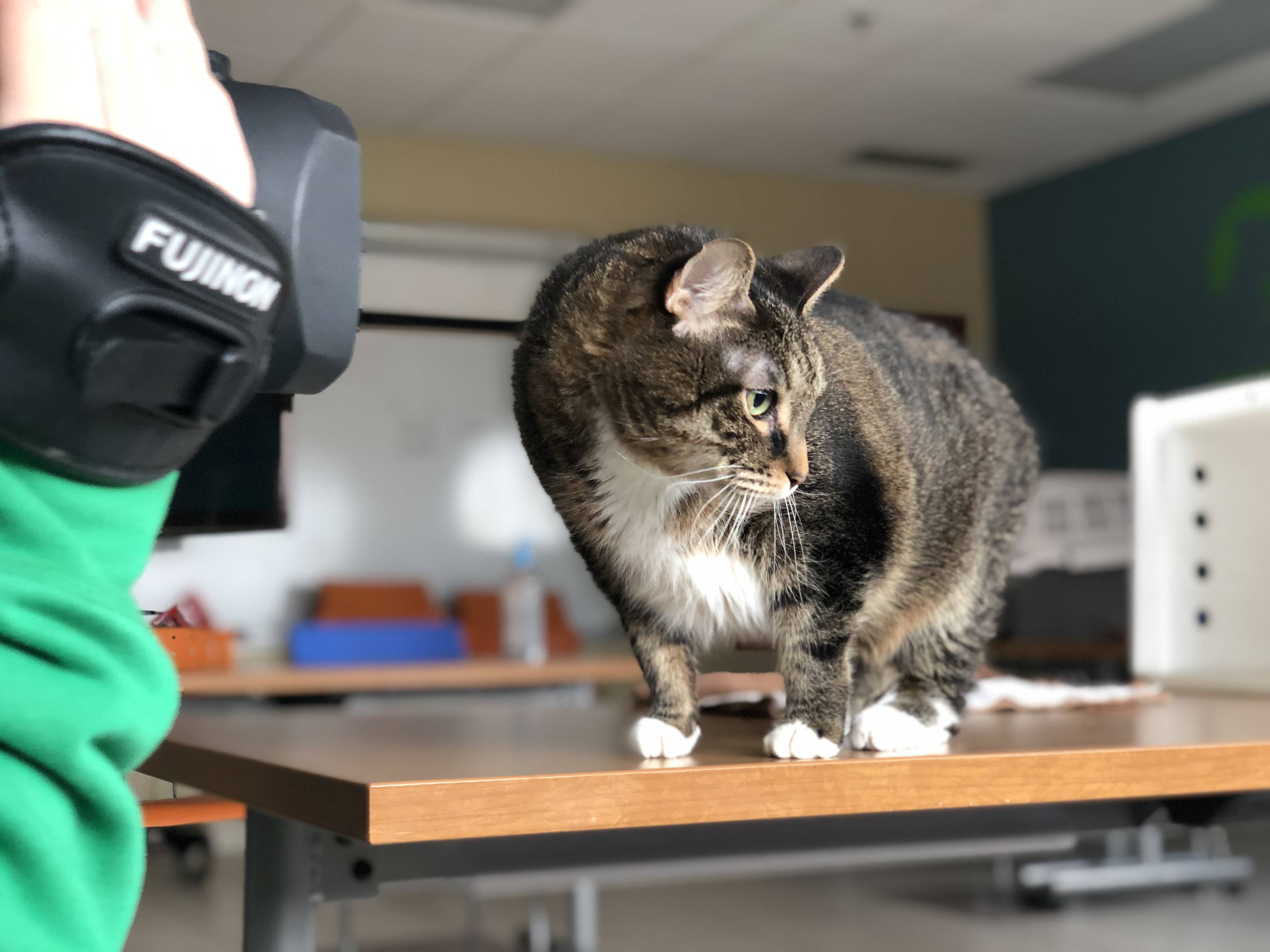 “Throughout the whole time, I was just like I just want to make sure that this kitty’s OK and also I’m hoping to find out whoever did it,” Grcic said.

MADAC finds homes for 1,800 cats each year. With so many resources available throughout Milwaukee County, there’s never a need to toss out an unwanted pet and leave him or her to die.