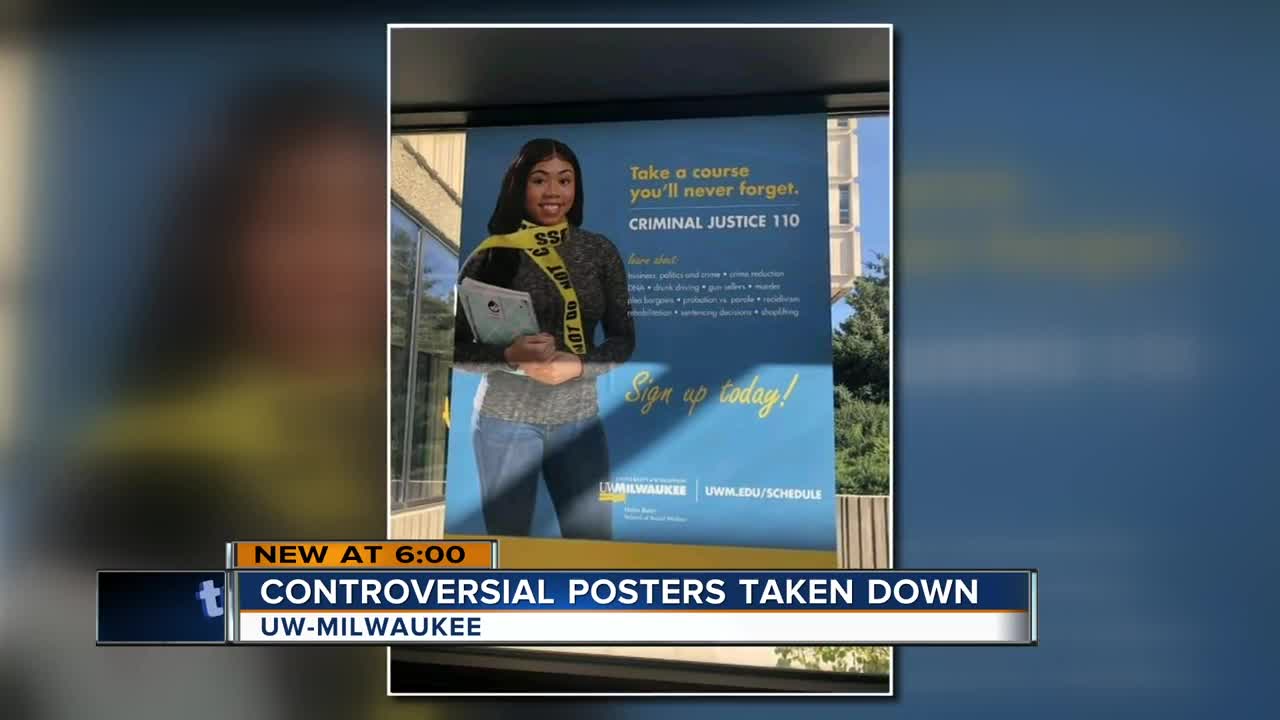 MILWAUKEE — The University of Wisconsin-Milwaukee will no longer use a photo that features an African-American criminal justice student with crime scene tape wrapped around her neck.

The campaign prompted some discussion online. Some said it was offensive, and others called for the university to remove it.

“It just seems sometimes there’s not someone in the room saying, ‘Hey, we should think about this for just an extra second,’ ” said student Nate Rosek.

UWM eventually opted to remove the posters after the pushback from alum, students and people online.

Some said it was racially offensive because it featured the crime tape and an African-American woman.

“A person of color with crime tape around her neck. It gives you a bit of another thought,” Rosek said.

“It just seems sometimes there’s not someone in the room saying, ‘Hey, we should think about this for just an extra second.’ ” —student Nate Rosek

Student Ariana Gomez said she knows why people are offended, but she isn’t.

“I personally don’t see a big issue with it. She did volunteer on her own to do it,” Gomez said.

“The ad is part of a series created by UWM’s Helen Bader School of Social Welfare to encourage students to enroll in the school’s introductory criminal justice class. The ad series includes students of different races and ethnicities, and police tape was used as a prop in an effort to add interest to the photos. The students the school worked with on the ad agreed with the approach, and it was never anyone’s intent to offend or diminish the impact of violence in our community. We recognize now that the approach was inappropriate, and we sincerely apologize. We are removing the ads from circulation and will not use them again.”