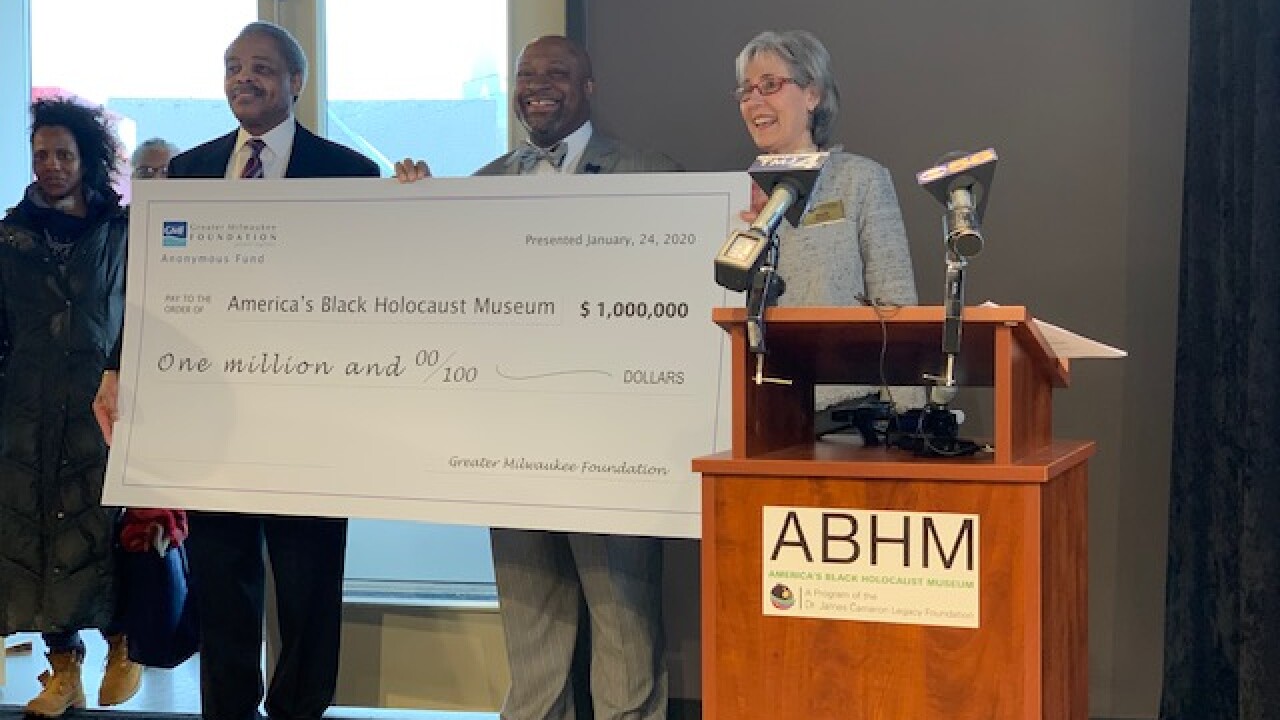 MILWAUKEE — A major donation for America's Black Holocaust Museum -- which holds a grand re-opening this summer, and also unveiled Friday, a poignant symbol of the legacy of Dr. James Cameron.

"I'm honored to present a check for $1 million," exclaimed Ellen Gilligan, president, and CEO of Greater Milwaukee Foundation during a ceremony Friday afternoon at ABHM which is in the heart of the Bronzeville neighborhood -- a major milestone for the museum.

President and CEO of ABHM, Dr. Robert "Bert" Davis spoke in front of an audience of people with a vested interest in the project, "Now this museum will be a space where we curate [the] experience, but this is more than a museum. This will become an academic center of excellence as it relates to the history of our people -- to all people."

The museum also welcoming a new familiar addition, BAM (Seated Warrior), 2017, - the work of acclaimed artist Sanford Biggers - a gift of the Greater Milwaukee Foundation to ABHM on behalf of an anonymous donor. "I was very excited because the piece itself dramatically is very much related to the same mission that Dr. James Cameron was initiating with the founding of this museum," said Biggers.

And this summer, ABHM will hold its grand re-opening. According to Davis, "the museum itself is about 70% complete. We plan to re-open the museum sometime during the DNC."