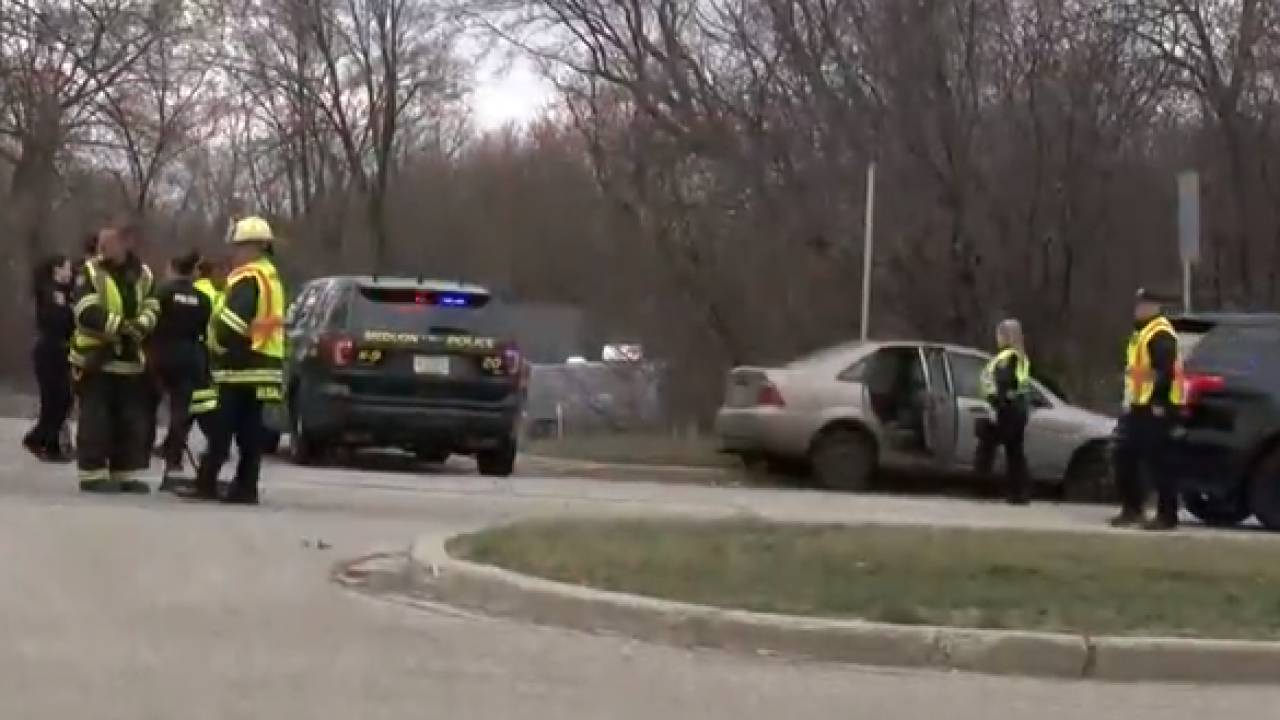 RIVER HILLS — A report of a retail theft Friday at Marshall's resulted in a Mequon Police officer being pushed across a parking lot when the male driver reportedly drove toward officers, the police department said in a news release.

At 1:19 p.m., officers were dispatched to the store and attempted to detain the driver as he was attempting to leave the area. The driver reportedly made contact with an officer, striking him and pushing him across the lot.

The vehicle then fled the scene southbound on Interstate 43, attempting to elude pursuing officers.

The pursuit ended after the vehicle exited at Good Hope Road and crashed into a light standard, disabling the vehicle, police said.

The male driver fled on foot but was taken into custody a short distance from the scene of the crash.

A female passenger was taken into custody on unrelated charges and warrants for her arrest.

A 2 ½-year-old child was also a passenger in the vehicle, riding in the backseat.

The driver and child were transported to the hospital for non-life-threatening injuries.

The driver, a 27-year-old from Milwaukee, is facing charges including first-degree attempted homicide, first-degree recklessly endangering safety by use of a motor vehicle and eluding, according to the Ozaukee County District Attorney’s Office.

The 23-year-old female passenger also is from Milwaukee and faces a charge of obstructing an officer.