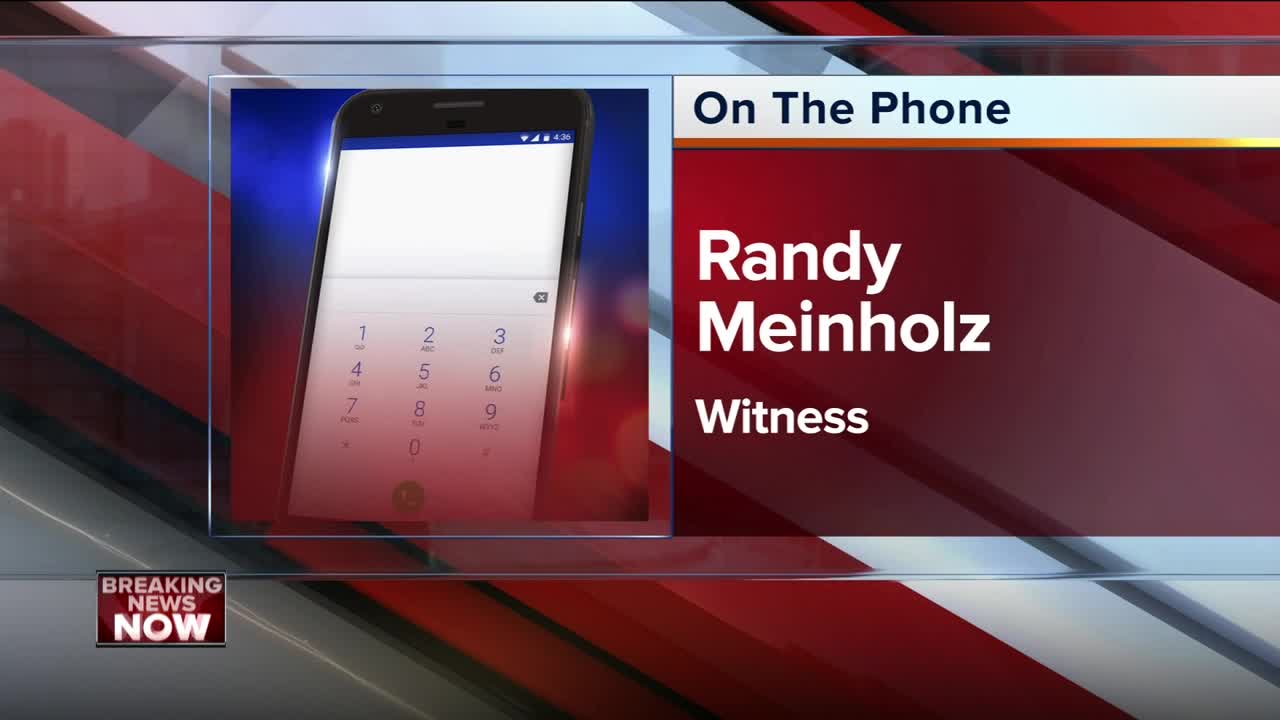 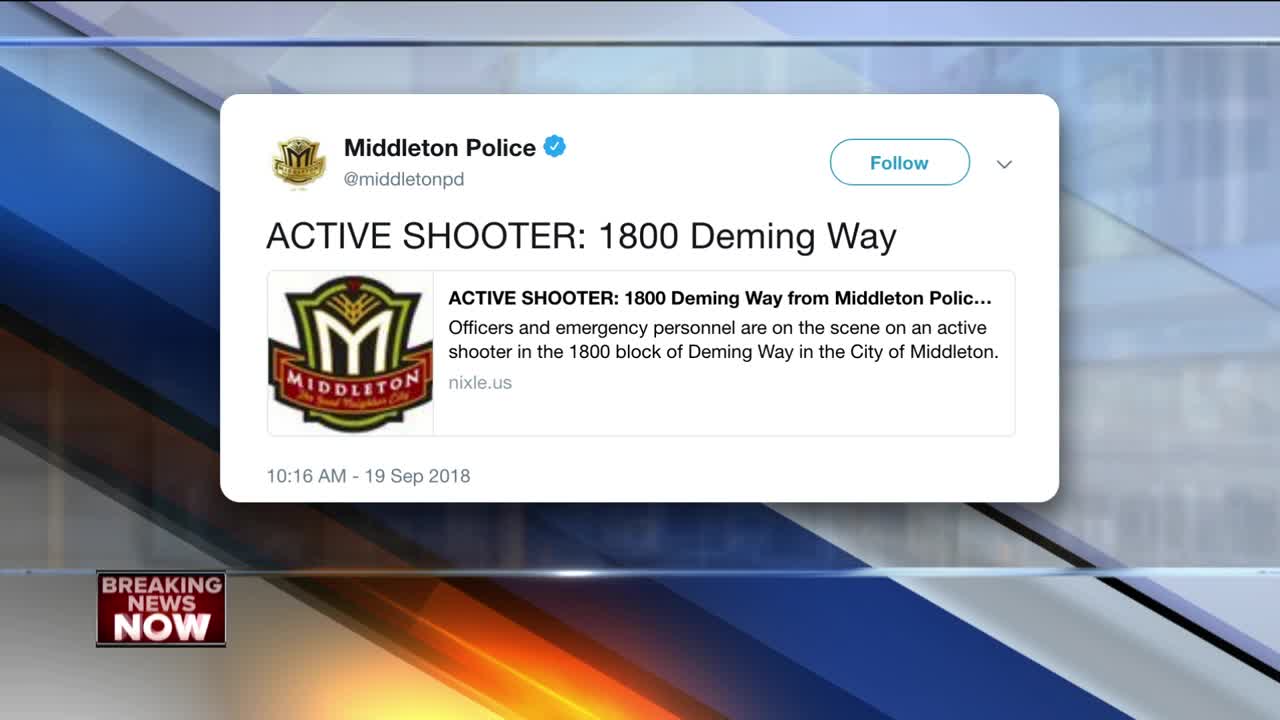 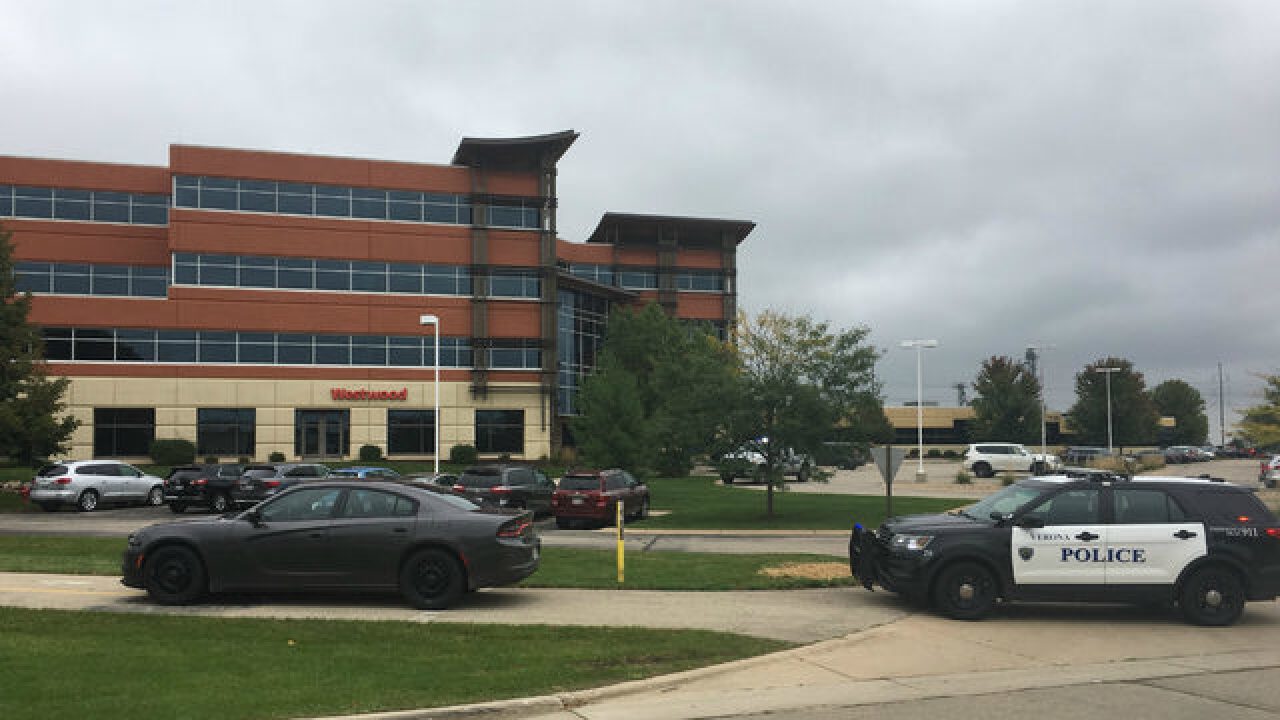 UPDATE: Middleton Police say the shooting situation is considered "stable." All lockdowns have been lifted.

MIDDLETON, Wis. -- Five people have been hospitalized in a shooting at an office building in Middleton, according to TODAY'S TMJ4's sister station WISC-TV in Madison.

UW Health confirmed four people have arrived at the hospital from the shooting scene, WISC says. One person has been taken to St. Mary's Hospital.

The Dane County dispatch center said shots were fired Wednesday morning at a building that houses WTS Paradigm in Middleton. Police and multiple ambulances have responded.

Judy Lahmers, a business analyst at WTS Paradigm, said she was working at her desk when she heard shots at about 10 a.m. She said it sounded "like somebody was dropping boards on the ground, really loud."

Lahmers said she ran out of the building and hid behind a car. She said the building's glass entrance door shattered.

She said she knew that one co-worker had been grazed by a shot but was OK. She didn't have any other information. She said the shooting was "totally unexpected. We're all software people. We have a good group."

The State Journal newspaper reports that one woman was taken out of the building screaming, saying it was "a devastating loss" and being held up by another person.

The shopping center next to the building, Greenway Station, was locked down at the direction of police, according to the center's general manager Corey Kautzky. There are 34 stores and restaurants in the center that were temporarily closed, Kautzky said

Middleton is about 90 miles west of Milwaukee.

The entire WTS Paradigm team is shocked and heartbroken by the incident that occurred today at our Middleton office.

Our deepest thoughts are with all of our staff and their loved ones.  We are working directly with Dane County and our EAP services to provide employees with grief counseling.  We also plan to provide additional support services to staff in the near future.

In a situation like this, you learn how great a community really is.  We cannot thank the Middleton Police Department, the Dane County Sheriff’s Office, and other emergency personnel enough for their amazing response.

Additionally we want to express our gratitude to neighboring organizations who provided sanctuary, food, and water to our staff during their time of need.  Here are a few that we have been made aware of:

We thank everyone for their support and understanding during this difficult time.