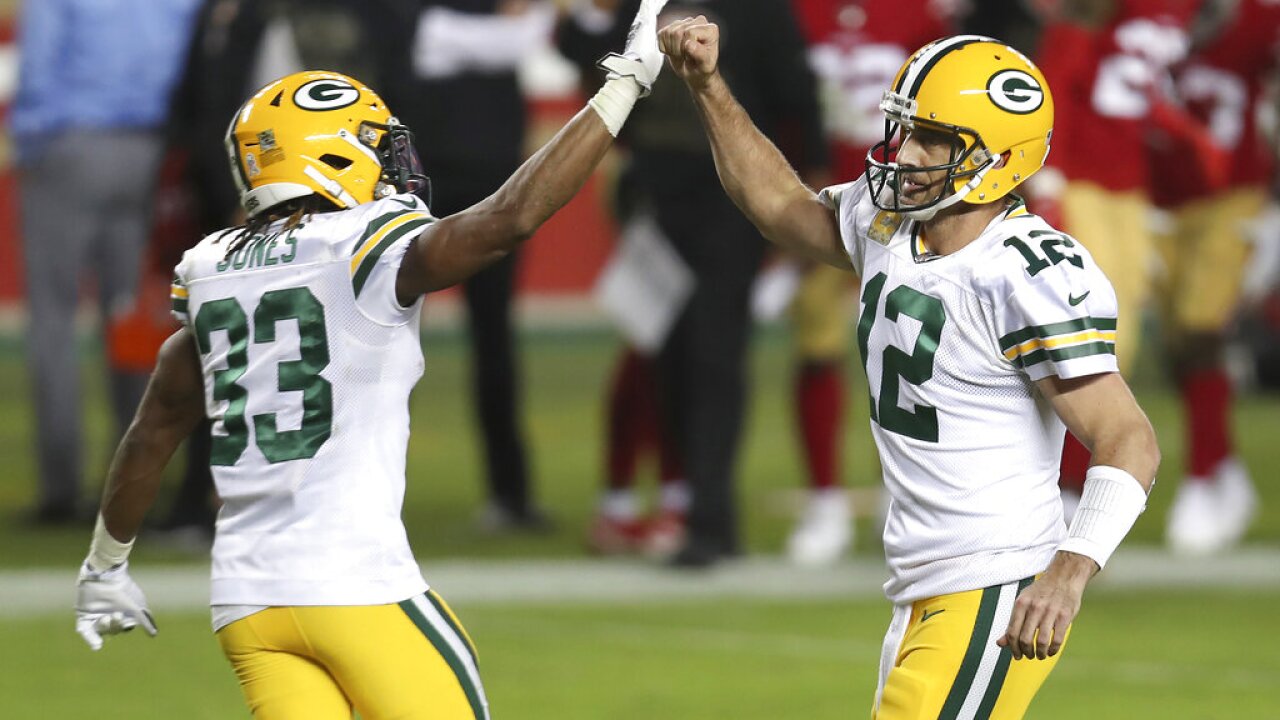 Jed Jacobsohn/AP
Green Bay Packers quarterback Aaron Rodgers (12) is congratulated by running back Aaron Jones (33) after throwing a touchdown pass to Marcedes Lewis during the first half of an NFL football game against the San Francisco 49ers in Santa Clara, Calif., Thursday, Nov. 5, 2020. (AP Photo/Jed Jacobsohn)

Rodgers connected on deep shots to Davante Adams and Marquez Valdes-Scantling, and a short toss to Marcedes Lewis in the first half to get the Packers out to a 21-3 lead.

It was quite a reversal from the team meetings last season when San Francisco outscored Green Bay by a combined 50-0 in the first halves on the way to lopsided wins in the regular season and NFC title game. The Niners were missing almost all their key pieces from that game.