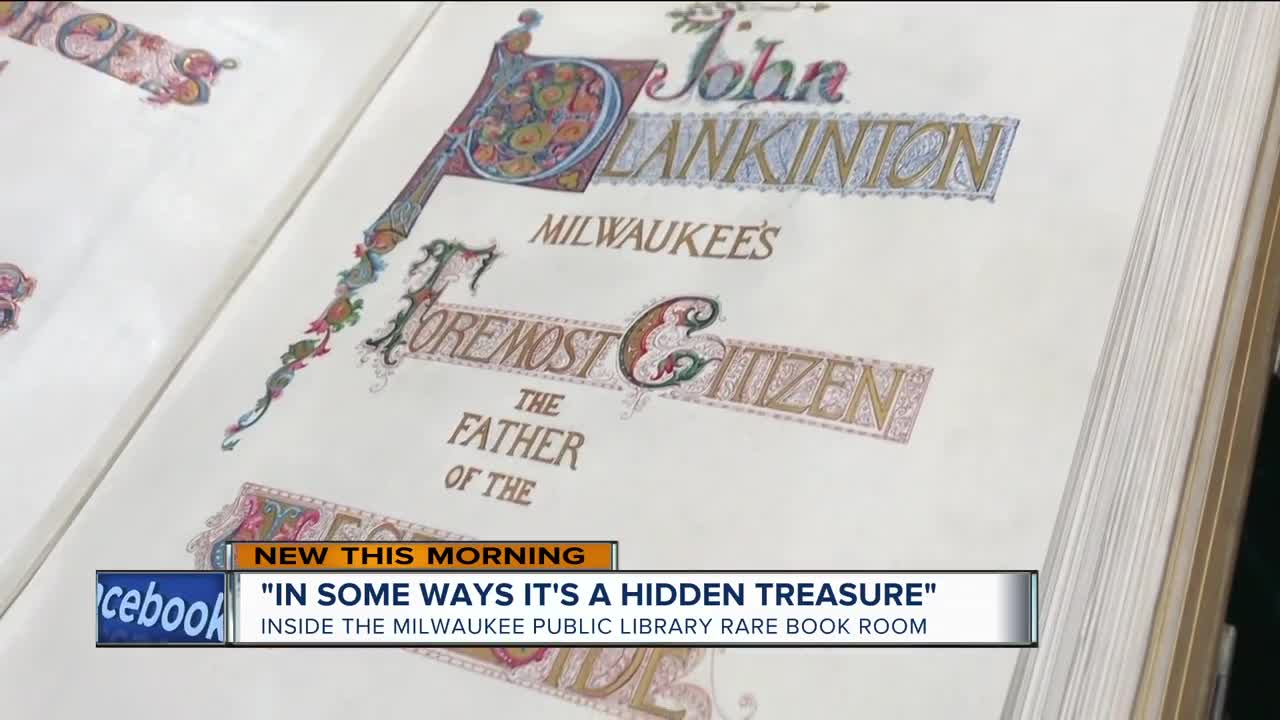 "So it's a small collection, but every item is unique," she added.

She said a number of factors can lead the library to classify a book, illustration, map, or even old record as "rare."

"Age is of course one of the things we consider, but that doesn't automatically mean it's rare," Kiely said. "We also think about the number of items initially published, the number of items from a collection currently available, and even the value of the item."

The Rare Books Room collection sits behind temperature and humidity controlled glass for the purposes of preservation.

People wanting to view an item in the room can search for it through the Milwaukee Public Library's online catalog, then make an appointment for a viewing.

Library staff will remove the item and bring it to you to view in a separate room, since the public isn't allowed behind the protective glass.

Kiely thinks some Milwaukeeans might be unaware of the room's availability.

"In some ways, it's a hidden treasure," she said.

Kiely can rattle off many of the room's contents: a collection of Kaleidoscope newspapers distributed along Wisconsin Avenue in the 1960's and 1970's, a large, ornate manuscript put together as a tribute to Milwaukee's own John Plankinton, and an official military document signed by President Abraham Lincoln in 1864.

The oldest item in the library is a page of the Vulgate Bible, produced in 1240.

"It would've taken a scribe over a week to print this out," Kiely said of the bible page, which is double-sided.

The oldest book in the Rare Book Room's collection, written in German, was published in 1475.

Kiely said viewing history like that up close, even in the age of tablets and e-readers, can be an enriching experience.

"There's valuable content available here, and it's not available online or anywhere else," Kiely said.

"We feel a great sense of responsibility to preserve, and be good stewards of, this collection," she said.

She said donations collected each year support the maintenance of the Rare Books Room, as well as the occasional new purchase.