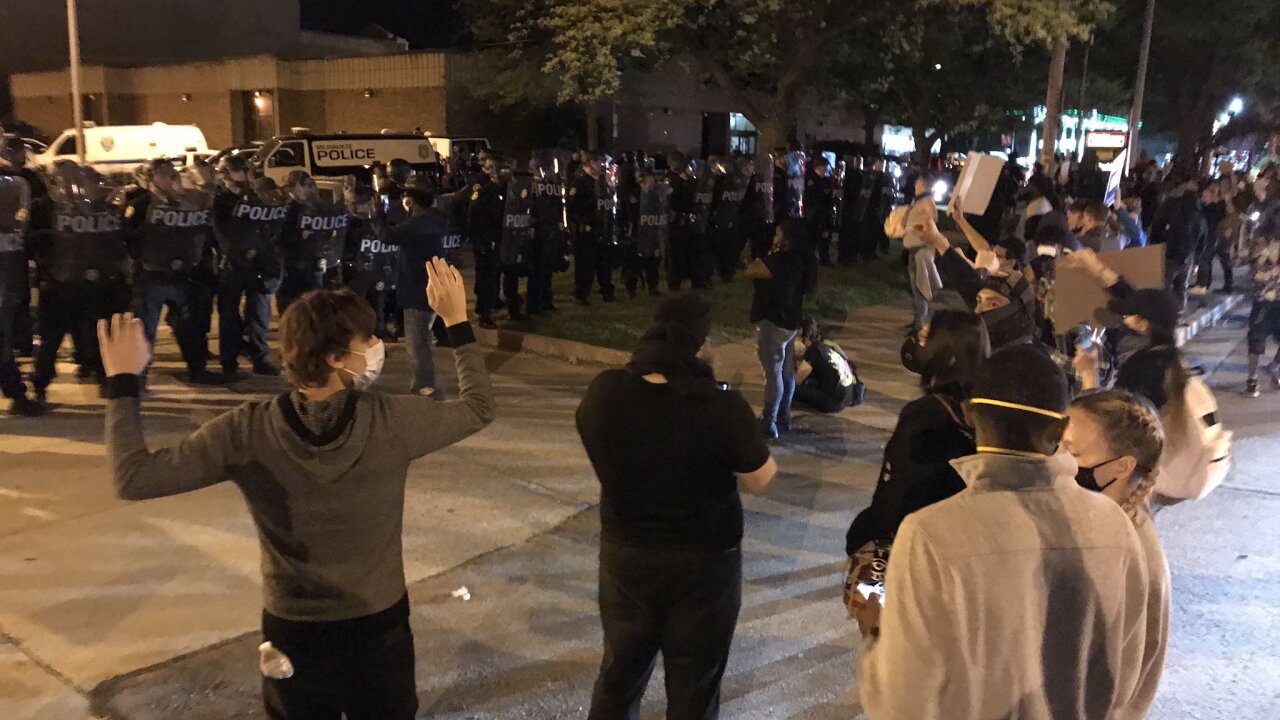 According to Milwaukee police, the protests began as peaceful and turned violent around 11:30 p.m. Friday.

One police officer was shot, however, he sustained non life-threatening injuries.

The police department is asking that if you choose to protest, you do it peacefully.

In a press release, they said, "The Milwaukee Police Department will continue to protect our residents’ right to assemble and freedom of speech; however, we will arrest those who victimize people and vandalize property."