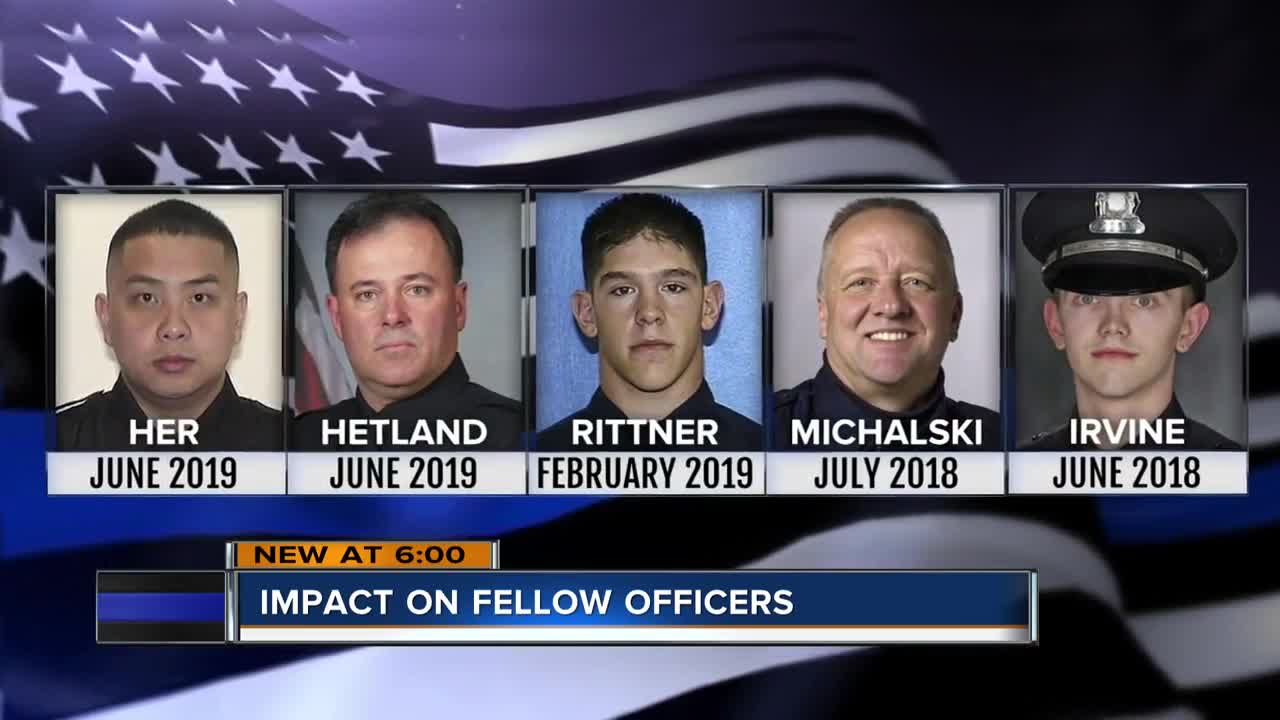 The deaths of Officer John Hetland and Officer Koo Her make five for southeast Wisconsin in just over a year.

The deaths of Officer John Hetland and Officer Koo Her make five for southeast Wisconsin in just over a year. No matter how many or how often, the Executive Director of the Wisconsin Professional Association Jim Palmer said it doesn't get any easier.

"Any time something like that happens, anywhere around the country, officers feel it very profoundly," said Jim Palmer.

It all started back in June of 2018 when 23-year-old Charles Irvine Jr. was killed in a crash while pursuing a reckless driver. This was the Milwaukee Police Department's first line of duty death in 22 years.

A month later, MPD lost 17 year veteran Officer Michael Michalski. He was serving a warrant when the suspect shot and killed him.

In February of 2019, MPD Offier Matthew Rittner was shot and killed issuing a search warrant. He was 35.

Then Monday night in Racine, Officer John Hetland lost his life when he stepped in to stop an armed robbery at Teezers Tavern. The 24 year veteran of the Racine Police Department was off-duty at the time.

Racine Mayor Cory Mason said this was the first officer who's died in Racine in more than four decades.

"This is a real loss for the city. The city of Racine and city of Racine Police Department is in mourning... and today those officers need support more than ever," said Mayor Cory Mason.

Milwaukee Police Officer Kou Her was on his way home from work overnight when a driver hit and killed the 27-year-old at 60th and Capitol.

"This is a difficult time, as we've had before in the last year to lose a police officer and I want the residents of this city to know and to appreciate the work that's done by our police officers," said Mayor Tom Barrett.

These public servants are remembered today and always.