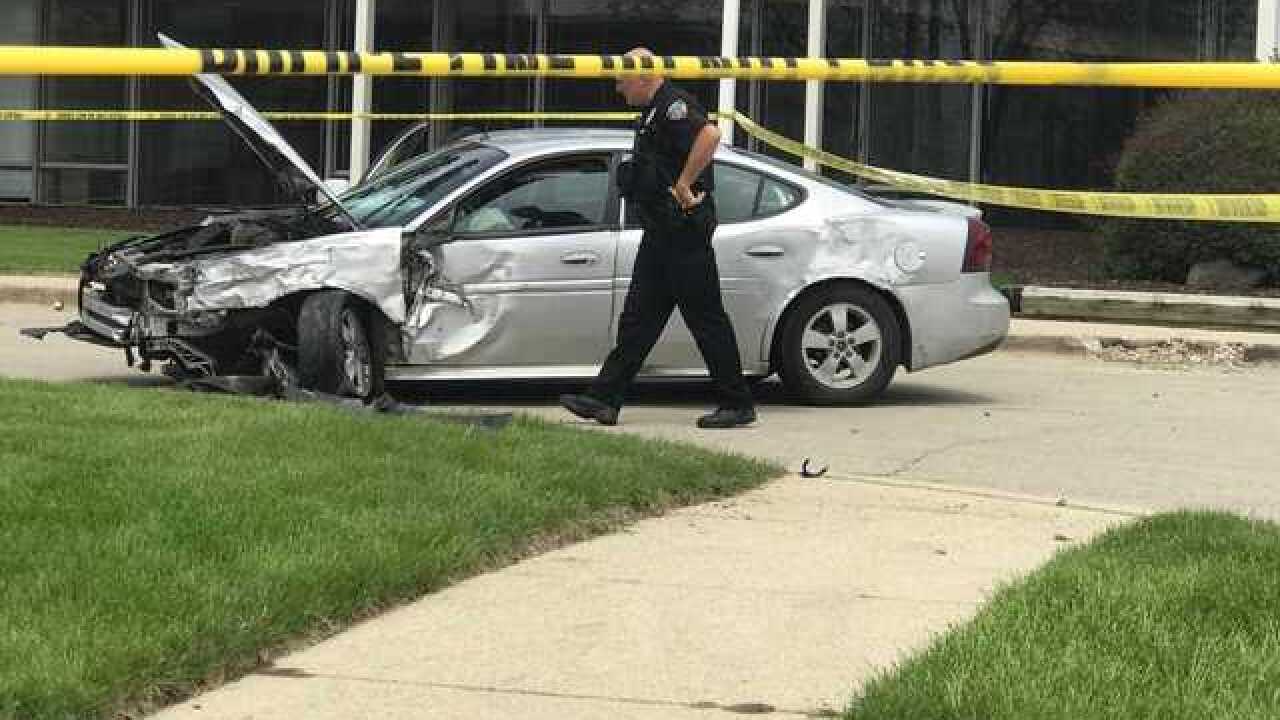 MILWAUKEE – An attempted bank robbery in Shorewood ends in a car crash just before Noon Tuesday in Milwaukee.

The attempted robbery occurred at the PNC Bank on Oakland Avenue in Shorewood. Police told TODAY’S TMJ4 that the suspects slipped a note under a locked door in the vestibule. The bank would not let them in -- so the suspects left.

“Upon employees seeing the note they did not let them into the bank,” said Shorewood’s Chief of Police, Peter Nimmer.

Nimmer said the suspects then drove away, and bank employees called police. A short time later identified the suspects’ car and attempted a traffic stop.

The suspects then drove off and a police pursuit followed westbound on Capitol Drive. That’s when the driver lost control of the car and crashed in front of Chase Bank, off Capitol Drive and 2nd Street.

Rose Allen was sitting inside the bank when she heard the crash out front. She saw a group of men get out of the car and start running.

“I think it was three of them,” said Allen.

Another witness told TODAY’S TMJ4 he saw the suspects run right past the Chase Bank windows then run behind several other businesses along Capitol.

Since the suspects didn’t even enter the PNC bank, they didn’t get away with anything. Police haven’t released their names yet.

Officers took the three suspects back into police custody Tuesday to interview them and also took the damaged car as evidence.

“There’s quite a few items in the vehicle so we will be coordinating with other agencies to see if there’s any other incidents of this nature,” said Nimmer.

One of the suspects had minor injuries. Nimmer said that possibly could have been from jumping from a high fence during the foot chase.

The Shorewood PNC remained closed for most of the day because of the incident. Chase Bank did not close.