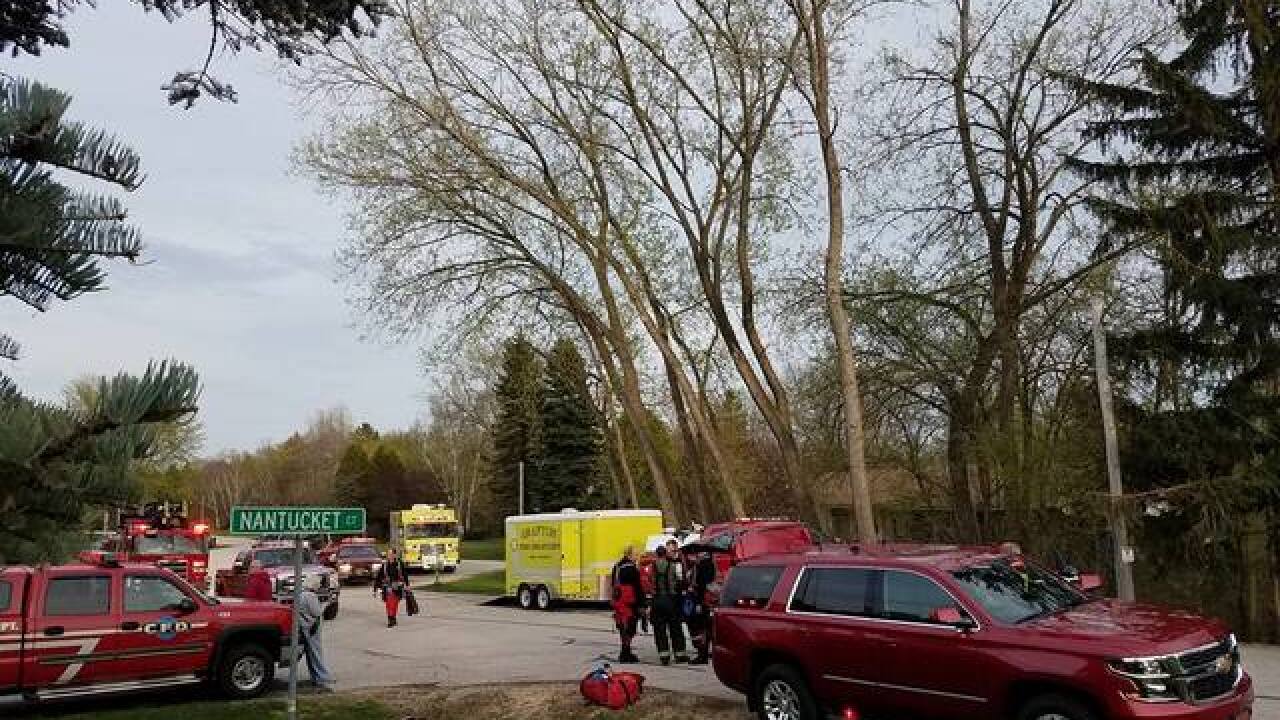 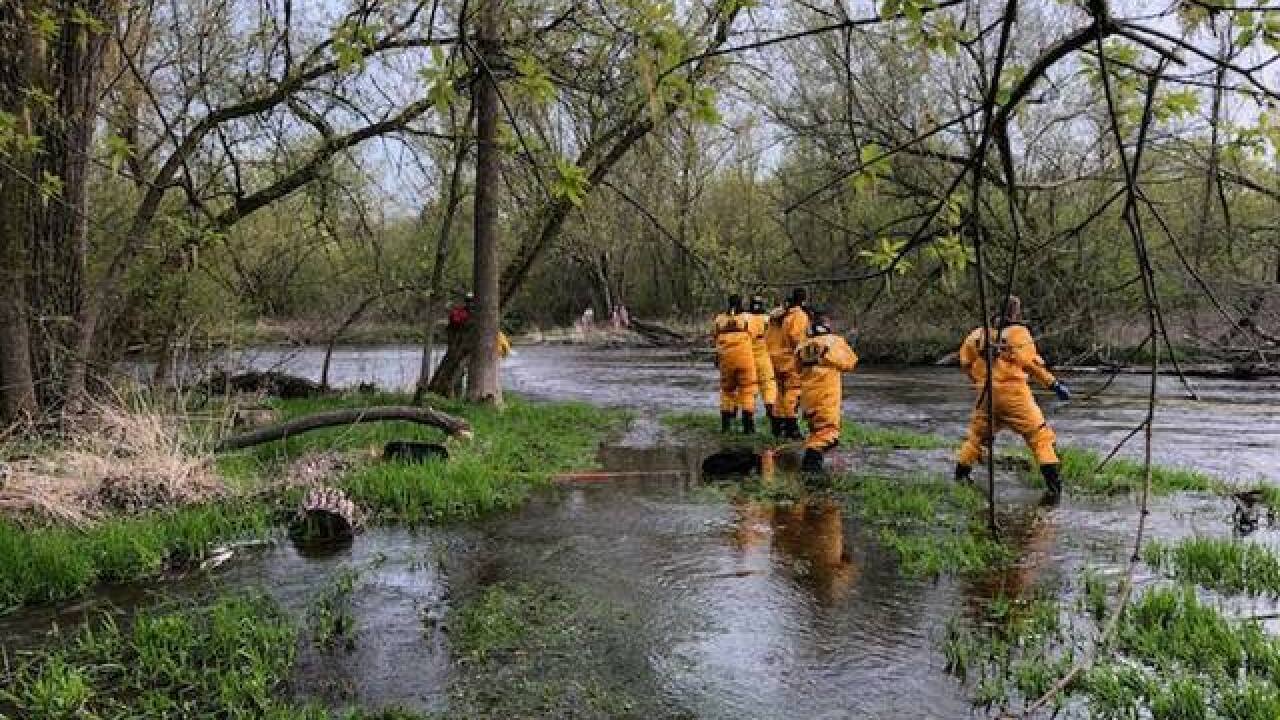 GRAFTON -- Authorities rescued three men in their early twenties who were trapped on an island in Lime Kiln Park after their kayak capsized due to strong currents in the Milwaukee River.

It happened Sunday just before 6 p.m.

The recent rains had left the river high and fast for the group out on Mother’s Day. A 911 call said the kayak had capsized and three men were stuck on an island in the river.

“They underestimated the current when they put the canoe and kayak in,” said Grafton Fire Chief William Rice. “And that eventually created the loss of control which made them become stranded.”

The men were able to swim to the shore on an island.

The Grafton Fire Department said it took them several hours to rescue the boaters. They eventually reached them and brought them inland.

Zach Schmidt, 14, and his friends saw the men trapped on an island, pulled out a cell phone and started recording the rescue.

As rescue crews made their way to the group, Schmidt said the men were surprisingly calm.

“They didn’t yell for help. I think they were just ready to get out,” said Schmidt.

The fire department said they were able to get to the group, but it took eight firefighters pulling on the ropes to gets them back through the fierce current, which crews said could be deadly.

“Usually the force of the current has a tendency to pull people down and not help them out,” said Rice.

Fire crews say it ended up destroying the men’s canoe and kayak.

Schmidt said it was amazing to watch the fire crews work.

“I thought it was pretty awesome they were able to rescue them that quickly,” said Schmidt.

The fire department is asking people to stay off the Milwaukee River until the weather dries out and water levels drop again.