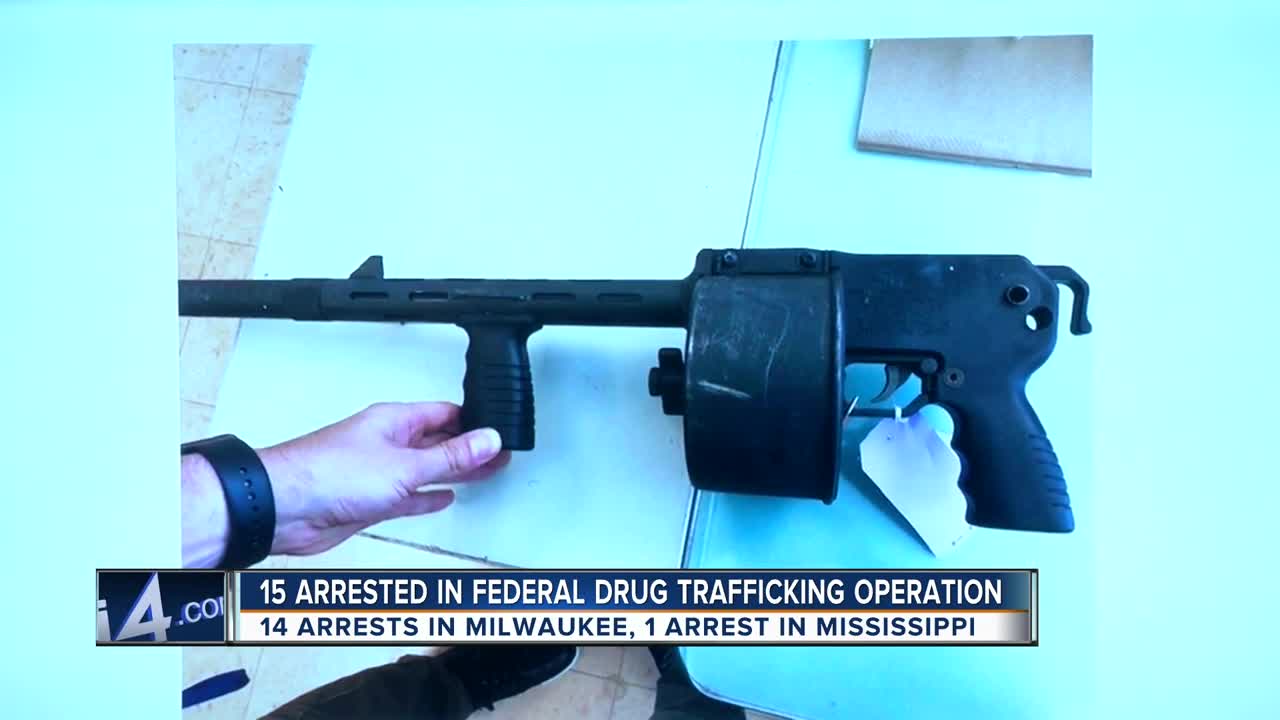 Fifteen people are listed in an indictment for conspiracy to sell cocaine and heroine. Fifteen guns were also seized in the raid.

MILWAUKEE — Fifteen people were arrested in Milwaukee as part of a large operation to bring down suspected drug traffickers.

Along with significant amounts of heroin and cocaine, law enforcement confiscated 15 firearms including a 12 gauge shotgun known as a "street sweet." It's not even sold in the U.S. because federal law defines it as a destructive device.

"Today was a good day, a very good day. Some of the items you have seen represent weapons of mass destruction, and poison, such as heroin, that drug dealers and gangs have been supplying our community," Gregory Connor with the Milwaukee DEA's office said.

Jimmy Bates is believed to the be the ring leader of a at least a 15 person crew. Fourteen others were also listed in the indictment. All of them were charged with conspiracy to distribute heroine and cocaine. Many others were charged with possession of firearms in furtherance of the conspiracy, unlawful possession of firearms by a felon, and conspirarcy to commit robberies of others who possessed drugs. There ages range from 27 to 47.

Tuesday's operation was part of 'Project Safe Neighborhoods.' U.S. Attorney Matt Krueger said their have been signs of progress citing a 35 percent decrease in non-fatal shootings so far this year as compared to 2018.