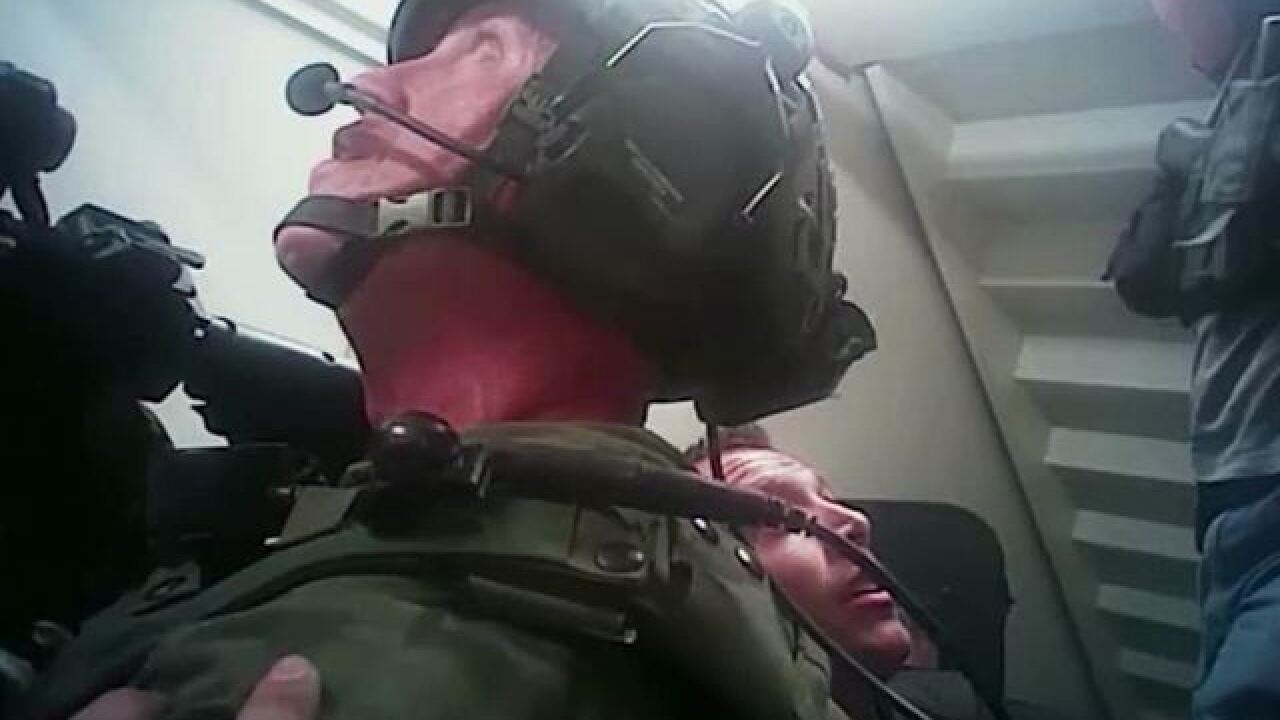 Copyright 2018 Scripps Media, Inc. All rights reserved. This material may not be published, broadcast, rewritten, or redistributed.
Lupiani, Joyce

The Las Vegas Metropolitan Police Department has released some of the video that was captured on Oct. 1 when police officers broke into the suite being used by mass shooter Stephen Paddock.

Sheriff Joe Lombardo told the public on Tuesday that the department would release the video. Lombardo emphasized that the release of the video and other records would most likely retraumatize survivors and family members and that it would also put stress, both emotional and financial, on the department.

First 10 minutes of video is largely tactical movement and communication through the 31st up to 32nd floor. https://t.co/hT58I0nS7N

The video that was released came from body cameras worn by two of the police officers who helped clear Paddock's room on the 32nd floor of Mandalay Bay on the Las Vegas Strip.

Police lawyers revealed on Tuesday that the first officer who entered Paddock's room did not activate his body cam. According to department policy, officers are required to activate their cameras during calls that result in interaction with citizen and/or involves a search.

Paddock was found inside the suite with a self-inflicted gunshot wound.

58 people were killed by Paddock and hundreds of others suffered physical and psychological trauma.

LVMPD released 3 hours of video on Wednesday afternoon. 13 Action News is currently reviewing all of the video. Check back for updates and additional video clips.

Paddock began firing on the crowd at the Route 91 Harvest Festival at 10:05 p.m. Oct. 1. The firing lasted for at least 10 minutes.

Police officers arrived on the 31st floor of Mandalay Bay at 10:12 p.m. They reported at that time that they could hear gunfire above them.

The officers were joined by several more police officers between 10:26 and 10:30 p.m.

"You guys are doing a [expletive] phenomenal job by the way. Beers are on me later."

"If we come across anybody make sure they show you there hands, because they could very easily pretend to be a victim."

"We have a guy shooting a bunch of people."

"They need to evacuate the while casino"

"I don't care if you have to pull a fire alarm. We have a shooter. He's killed multiple people already."

"We’re going to make entrance...see if we can make our way to the suspect."

“You ready? Get your gear and let’s go!”