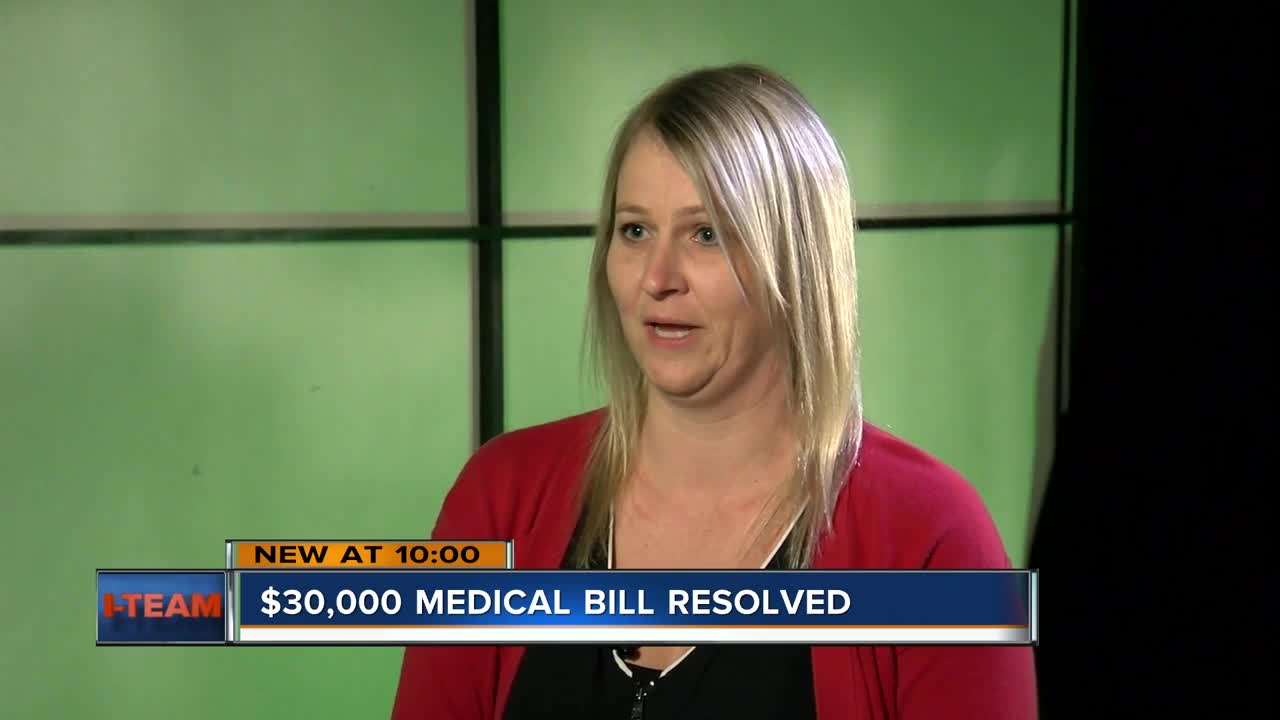 It’s a tiny medical device weighing about what a quarter does and it was costing a South Milwaukee woman about $30,000 to have it under the skin of her chest.

SOUTH MILWAUKEE — See more on this story tonight on Live at 10.

It’s called a loop recorder. It’s a tiny medical device weighing about what a quarter does and it was costing a South Milwaukee woman about $30,000 to have it under the skin of her chest.

The loop recorder charts the electrical activity of the heart. Pam Lawton had no clue she needed one until one night in late July of last year.

“I had the whole facial droop and the one side was all paralyzed,” said Lawton.

A stroke last summer landed Lawton in the hospital for four days.

“I mean they saw that there was a blood clot but they didn't know what caused the blood clot,” she said.

The blood clot was in her brain.

Lawton said the process to find out why it happened cost her more than $35,000. Part of the bill was for her hospital stay and visits with specialists. But, most of it was for the loop recorder. Lawton’s insurance company, Independence Blue Cross, denied coverage for it.

“The device was considered experimental and investigative,” Lawton said.

It's connected to Lawton’s cell phone and sends readings to her doctor. She couldn't take it out. But, at one point, she did something else.

“I did have them turn it off for a little bit because of all these medical bills and stuff because I didn’t know if it was ever going to go away and I kept accruing bills,” she said.

Lawton's family contacted the I-Team for help. Pam herself went to work, asking her cardiologist to write a letter to her insurance company, explaining why this tiny device was medically necessary.

Part of the letter Lawton’s doctor wrote said the device was needed, "...to optimize detection of silent atrial fibrillation as a cause of her stroke."

After the I-Team contacted Independence Blue Cross a spokesperson provided the following statement:

"At Independence Blue Cross we work with our members to help them navigate the health care system. In this case we relied on evidence-based guidelines and national standards to ensure that appropriate medical care is delivered. Based on new medical information presented yesterday, Ms. Lawton’s claim will be covered." -- Dr. Virginia Calega, Vice President of Medical Affairs at Independence Blue Cross

“It was night and day difference once you guys were involved,” Lawton said. “I feel, now it's happy tears, there were a lot of sad tears before of frustration, but now it's over."

If you are struggling with a medical bill, here’s what you can do:

1. Contact the I-Team’s Consumer Investigator, Kristin Byrne by clicking here at Kristin.byrne@tmj4.com.
2. Medical bill experts suggest asking that your medical bill be itemized with what’s called CPT codes (this explains to the insurance company how a doctor billed their services).
3. If your insurance won't cover the bill, ask your doctor to write a letter to the insurance company, saying the procedure was medically necessary.
4. Consider writing a letter to the chief financial officer of your insurance or medical provider.
5. While all of this is happening, ask your provider to put the bill on hold so it's not sent to collections