Terms and Conditions – who reads it? Here's why you should 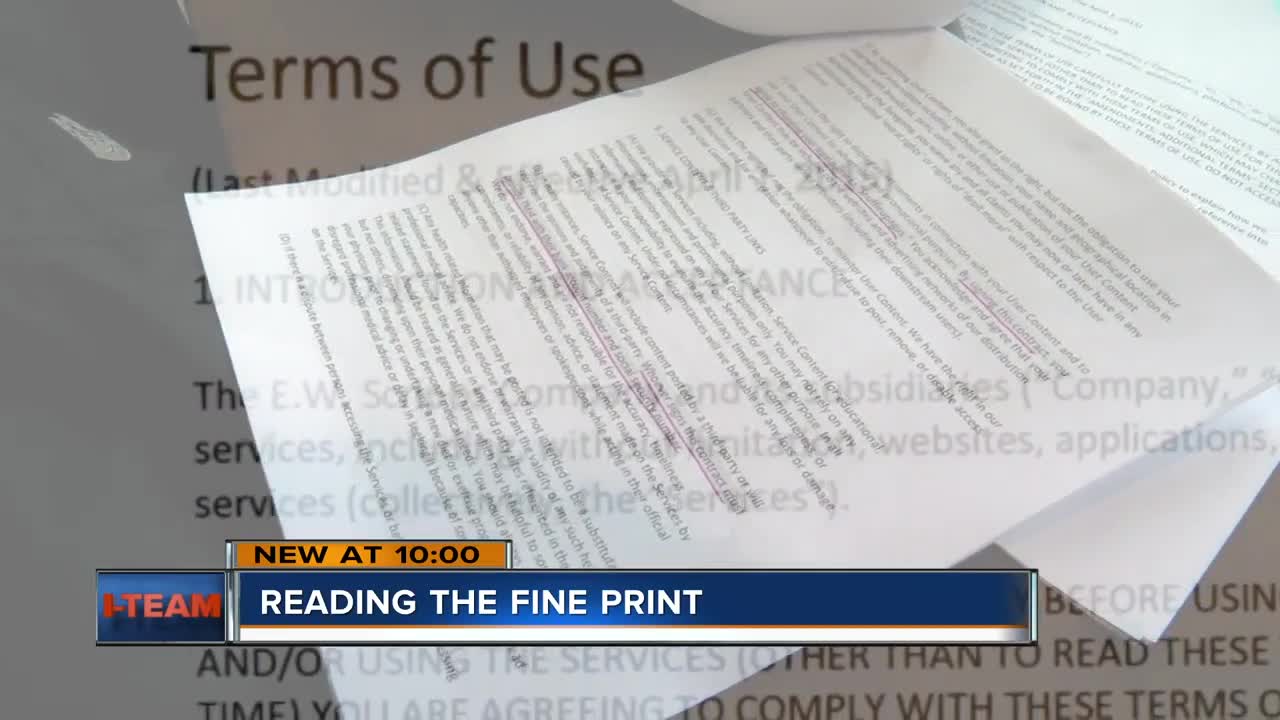 To download certain apps, or join social media sites, you accept the terms and conditions. If you only glance at them, you could be waiving your rights.

To download certain apps, or join social media sites, you accept the terms and conditions. If you only glance at them, you could be waiving your rights.

The I-TEAM took terms and conditions paperwork to Milwaukee’s Crossroads Collective, asking people to sign off on it before interviewing them for an unrelated story. The purpose of the experiment was to see who will read the fine print of a contract.

Throughout the twelve-page document, the I-TEAM (with our attorney’s permission) made some amendments, which most people would never agree to.

For instance, inside the document, there’s a sentence that reads:

“Whoever signs this agrees to sing Whitney Houston's version of "I Will Always Love You" while wearing a Santa hat.

Another reads, the person who signs agrees to “…shave your head with the TMJ4 logo on the side” and “…give TMJ4 custody of your children and pets…” and “…run a full marathon tomorrow.”

Not one single person we interviewed read the document.

“I should have read it!” said one woman.

“I totally just got bamboozled,” she said.

“You've taught me a valuable lesson,” another man said.

“You pretty much trust the people that you deal with,” said another man.

He said consumers need to take time and read what they are signing, even if it’s not a fun read.

“Be willing to speak up, to say, no, I find this objectionable, I think this is unfair and I'm not going to sign it,” Ovbiagele said.

“Don’t be scared to say no or to ask for time to go over the documents because I think consumers are more empowered when they know exactly what they're getting into,” he continued.