911 Overload: Emergency calls might not need an emergency room 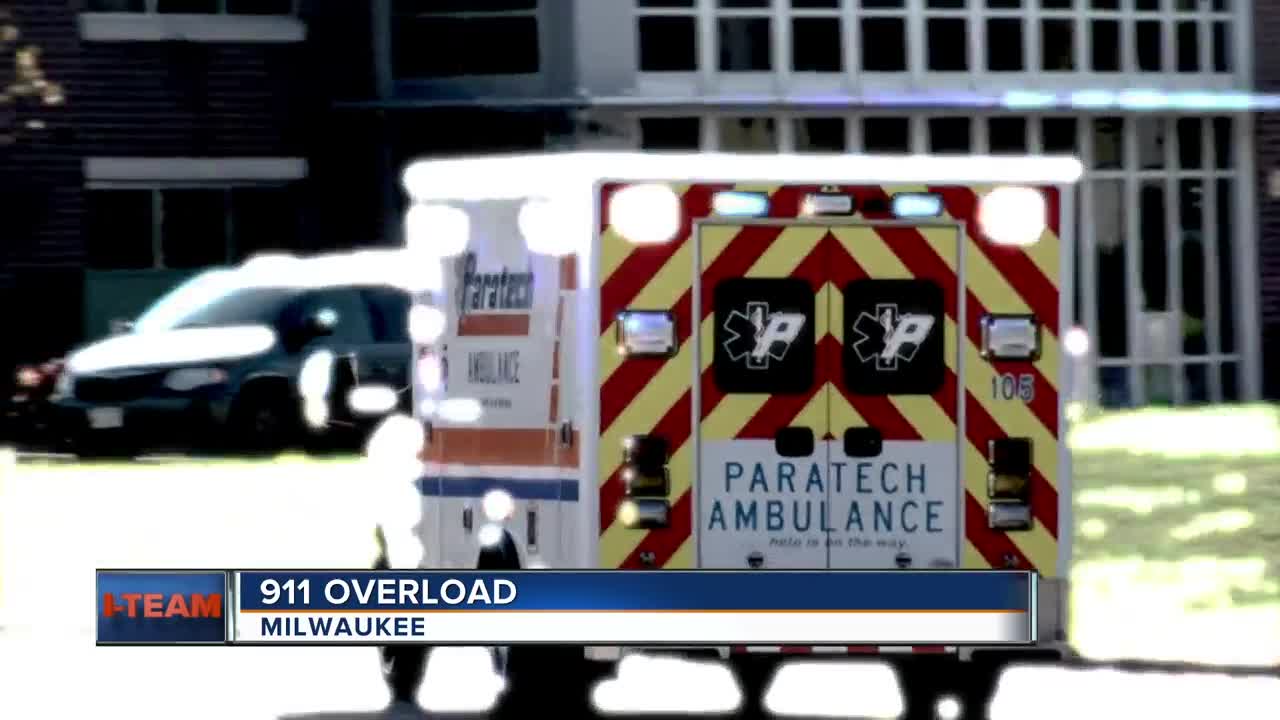 Milwaukee's 911 system has a problem with too many calls and not enough people or money to handle them.

Ambulance companies can't keep up with the number of 911 calls they're getting, and the I-TEAM learned one issue is people wanting a ride to the hospital when an urgent or primary care doctor would be a better and cheaper option.

Milwaukee's 911 system has a problem with too many calls and not enough people or money to handle them.

Four ambulance companies and the Milwaukee Fire Department handle the city's average of 200 calls for an ambulance each day.

"We go on a lot of calls that ambulances aren't really necessary for," said James Lombardo of Bell Ambulance.

"We run into that a lot, you still have to respond and treat that patient," said James Baker of Curtis Ambulance Service.

"There's a sign that we have that somebody's emergency is an emergency to them," said MFD Deputy EMS Chief Joshua Parish.

But not everyone's emergency needs an emergency room.

"It's a subset of patients that have been identified to utilize more care for issues that can be addressed outside an emergency care setting," Parish said.

"An ounce of prevention is worth a pound of cure and that is so true," Parish said.

But not everyone has access to a primary physician, and face barriers and costs in order to access care.

UnitedHealth Group, who owns UnitedHealthcare, did a study in 2018 on the costs of ailments primary care doctors could treat.

'The things that keep us up at night': Reckless driving threatens first responder safety

The average emergency room cost was more than $2,000, without the ambulance ride. Meanwhile, the average urgent care visit cost less than $200. And a visit to a primary care physician was even less than that.

Taylor believes access to and understanding of healthcare would reduce the strain on the city's 911 system.

"If we have people that are overusing the emergency room, which we know is a problem, that is a root problem that that we have to begin to get to and why is that. Because a lack of access to healthcare in a community that has one of the worst health disparities for its population," Taylor said.

Parish wants to see a healthier Milwaukee, beginning with people getting help before an emergency.

One option for getting people access to the right care is a federal pilot program called ET3.

The three Ts are triage, treat and transport. It allows first responders to drive someone to those lower cost options like urgent care of their primary care provider instead of the emergency room.

This afternoon I signed a series of bills in Oshkosh focused on public health and safety in our communities. I was proud to be able to sign these bipartisan bills into law. Press release available here: https://t.co/0rGKy2GVg2 pic.twitter.com/rBp4YJi5ng