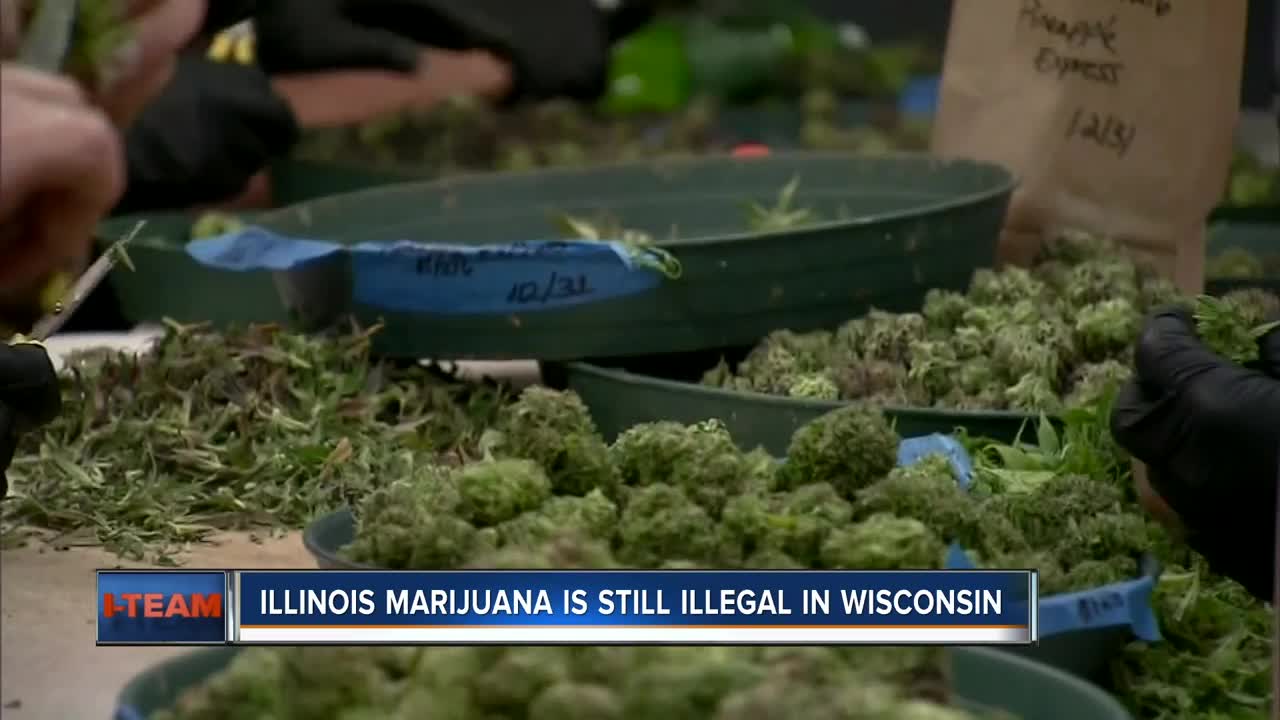 As of January 1st 2020, recreational marijuana is legal in Illinois.

Wisconsin welcomes lots of Illinois visitors every year, but the hospitality now comes with a cannabis caveat.

"There's about a million people a year that go through the visitors center off the interstate," said City of Beloit Police Chief David Zibolski. "So I think that proximity really proliferates the opportunities for folks to cross the border, purchase marijuana in Illinois and we just want to caution them that it's illegal to bring it back into Wisconsin."

Zibolski knows that better than most. His police station is just a few blocks from the border.

His department has done some additional training and messaging to prepare for Illinois' new law legalizing recreational marijuana use.

"So I think everyone is very aware that this is going to increase probably stops, arrests and the usage because of our close proximity," he said.

Six Wisconsin counties border Illinois. Kenosha is one of them, and County Sheriff David Beth is well aware of the new law.

Beth remembers growing up when Wisconsin had a lower drinking age than Illinois and the drunk driving problems it created. He cautions everyone that just because Wisconsin shares a border with Illinois, doesn't mean both states share the same laws.

"Well, at that border you're going to see people that have to think differently as they cross the state line. Whether you're an Illinois resident or you're a Wisconsin resident, the laws in Wisconsin, it's still illegal to possess any THC, any marijuana coming up over the state line to here in Wisconsin," Beth said.

Back in Beloit, Zibolski doesn't see this as just a border issue. He says it will impact all of Wisconsin.

"Many of whom will leave Illinois with possession of legal marijuana and enter Wisconsin illegally possessing it or under the influence of it," Zibolski said. "And those results of the traffic crashes and fatalities are not just going to be seen on the state line, they'll be seen in other areas of the state as well."

Wisconsin is now one of 11 states where marijuana is fully illegal. Both Beth and Zibolski hope it stays that way.

"There's a lot of yarn being entwined here without the full information being out there and I think the big message is people should inform themselves, look at this information and if this question ever comes to Wisconsin, at least we have an informed public and informed legislature that's going to make any decisions about that," Zibolski said.