Today is World Polio Day: There is no cure for the disease, but we're close to eradication

Polio-like illness being monitored in U.S. 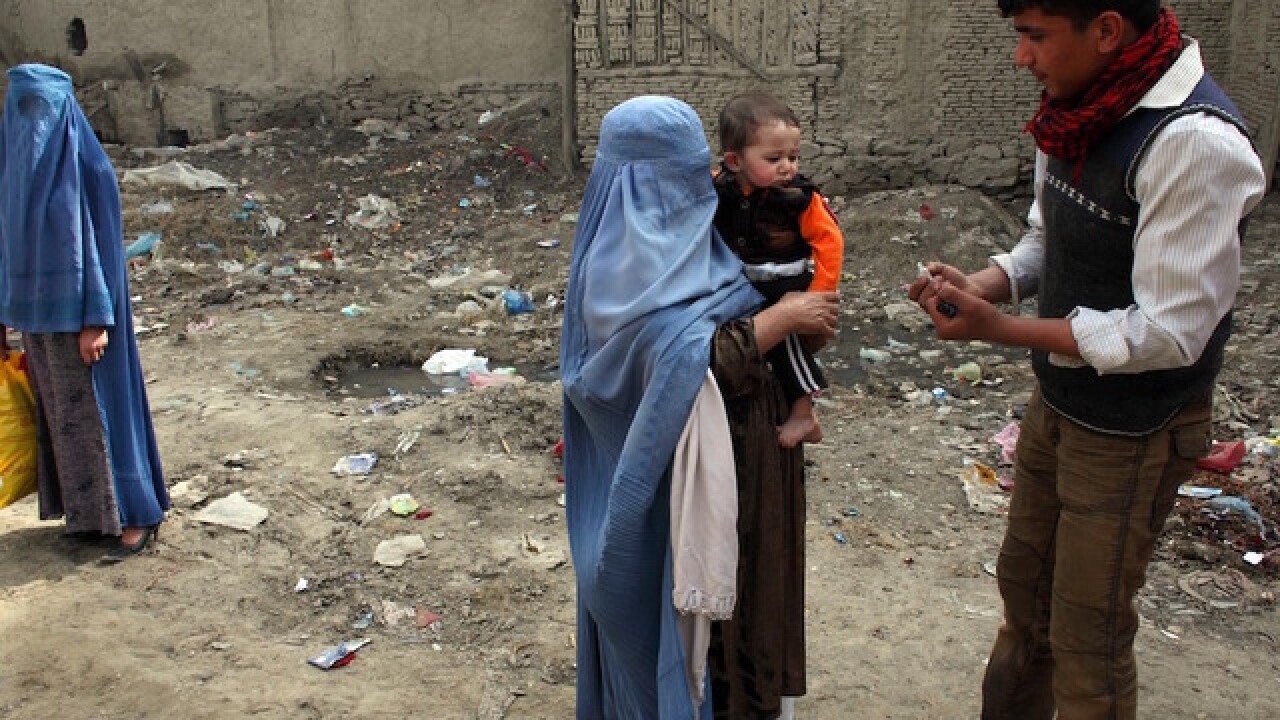 Copyright Getty Images
Majid Saeedi
<p>An Afghan health worker administers the polio vaccine to a child on the second day of a vaccination campaign on March 15, 2010 in Kabul, Afghanistan. The Public Health Ministry, UNICEF and the World Health Organization administered the three-day program. Afghanistan is one of a few countries in the world that still has a polio problem with new cases reported every year, most often in areas where insurgent threats have made it hard for the vaccine to reach children. </p>

It's really close to being eradicated globally, but Polio is still endemic in three countries, and now there's a Polio-like illness in the United States.

Today, Oct. 24, is World Polio Day, which urges promotion of the need to vaccinate children younger than 5. Short for Poliomyelitis, Polio is a highly infectious viral disease.

Rotary International created World Polio Day in honor of Jonas Salk, who made the first Polio vaccine in 1955. This is the sixth year for the day and there is an educational webinar being live-streamed at 6:30 p.m. Eastern.

Rotary International is also celebrating the 30th anniversary of the founding of the Global Polio Eradication Initiative.

Polio still exists endemically in Afghanistan, Pakistan and Nigeria, according to the World Health Organization. These are countries with weak health care systems and non-adequate vaccinations.

Polio-like illness in the U.S.

More than 150 cases of acute flaccid myelitis, a condition that that can cause paralysis and mostly affects children, are being investigated by the Centers for Disease Control and Prevention.

Like Polio, AFM is rare, causes paralysis, and mainly affects children. The first spike in cases of the disease was reported in 2014. That's when officials launched monitoring of it.

The disease is still so new that medical officials are urging people who see signs to report it sooner than later. If a child is experiencing muscle weakness or loss of muscle tone in their arms and legs, those are signs of possible AFM.

It is not clear why there has been an AFM increase or how children with the disease got it.