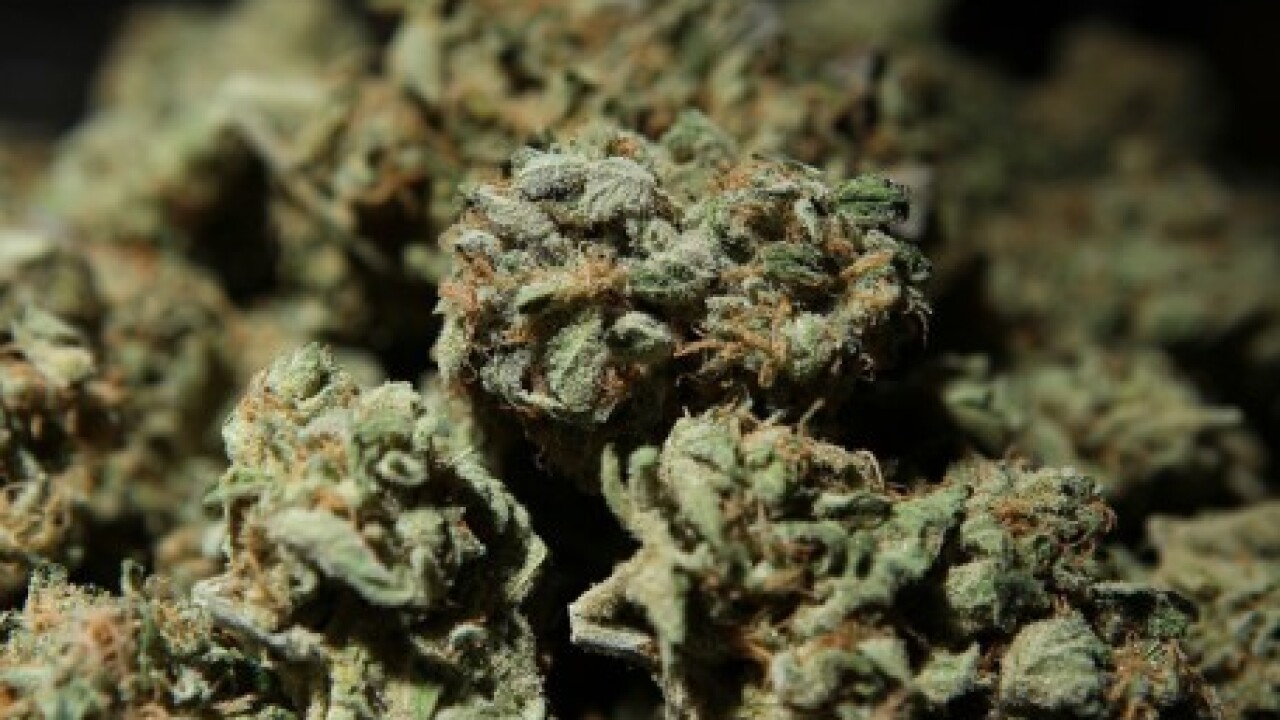 Seniors are increasingly passing the pipe. About 9 percent of US adults between the ages of 50 and 64 have used marijuana at least once during the survey year, while 3 percent of those over 65 have done so, new research finds.

For middle-age adults, the percentage of cannabis users has doubled over nearly a decade, according to the study, published Thursday in the journal Drug and Alcohol Dependence. Older adults have seen a seven-fold increase in that period.

Though marijuana use is increasing among older Americans, "most of these people are not first-time users," said Joseph Palamar, senior study author and an associate professor in the Department of Population Health at New York University Langone Medical Center.

"I don't think we need to worry about millions of older people trying weed for the first time," he said. "At least not yet."

'High rates of unhealthy substance use'

Palamar examined data from 17,608 adults 50 and older who took the National Survey on Drug Use and Health. The federal Substance Abuse and Mental Health Services Administration has conducted this survey each year since 1971 in all 50 states and the District of Columbia.

Participants answer questions about their tobacco, alcohol and drug use in addition to providing demographic information and details about their health.

Analyzing survey data from 2015-16 and 2006-07, the researchers compared marijuana users and non-users within and across age groups both past and present.

"We found high rates of unhealthy substance use (tobacco, alcohol, prescription drug misuse) by middle-aged and older adults who use marijuana," Dr. Benjamin Han, lead author of the study and an assistant professor at the New York University School of Medicine, wrote in an email.

In addition to opioids, past-year marijuana users were more likely to misuse sedatives and tranquilizers than their peers, according to the report.

Han said that "polysubstance use" or the "use of multiple substances, especially unhealthy use, is particularly risky for older adults with chronic diseases." Marijuana may intensify symptoms of existing conditions while interacting with prescribed medications.

Palamar noted that "depending on the drugs combined, the effects can be much stronger."

"Combining marijuana with alcohol can really knock someone on their ass if they weren't expecting such strong effects," he said.

Baby boomers have more experience with marijuana than previous generations, the study authors said. More than half (almost 55 percent) of middle-age adults have used marijuana at some point in their lives, while over a fifth (about 22 percent) of older adults have done so, Han and Palamar found.

With a growing number of states legalizing medical and recreational marijuana, health care professionals find themselves in a bind, Han said.

"I get asked more and more by older patients if they should try marijuana, mostly for sleep or pain," said Han, who practices geriatric medicine. "Marijuana may be therapeutically useful for a variety of symptoms and medical conditions, but the research in this area is extremely limited."

More research is needed to define risks and benefits of using marijuana in these age groups while providing more information about safety, dosing, method of use (inhalation or ingestion) and symptoms, Han said.

For now, though, it is "hard for us as providers to recommend it aside for very specific clinical indications (especially compared to well-studied other options)," Han wrote. "Especially if we do not fully understand its risks for older adults or those with multiple chronic medical conditions."

Another concern? Baby boomers face "potential legal risks of use if they live in a state where marijuana is illegal," Palamar said.

Opposite ends of the spectrum

Christopher P. Salas-Wright, an assistant professor at the Boston University School of Social Work, said the new study provides "high-quality information" that is essential in a time when public opinion and policies related to marijuana are changing rapidly.

That said, a number of "credible studies" already provide "compelling evidence that marijuana use has increased meaningfully among adults in general, and among middle-aged and older adults in particular, over the last 10 to 15 years," said Salas-Wright, who was not involved in the new study but has published research on the topic.

It's not only use but problem use of marijuana that has increased among adults in these age groups, he said.

"There is strong evidence that regular marijuana use is related to outcomes such as motor vehicle accidents, symptoms of chronic bronchitis and addiction to marijuana and other substances," he said.

Although many baby boomers "likely use marijuana without experiencing any serious problems" -- the same as alcohol -- "we should not lose sight of the fact that marijuana is a psychoactive drug" and so poses the "risk of adverse consequences," Salas-Wright said.

In a national study published in 2015, Salas-Wright showed "that rates of marijuana use declined slightly among youth ages 12 to 14 and have remained flat among those ages 15 to 17 since 2002."

Baby boomers turning to cannabis, then, is happening alongside a decline in drug use and other risky behaviors among teens, Salas-Wright noted.

Though the new study makes an "incremental contribution" to science, Namkee Choi, a professor in the School of Social Work at the University of Texas at Austin, said that a different kind of marijuana study is needed today.

Choi, who did not participate in the new research, said a 2017 report from the National Academies of Science, Engineering and Medicine "summarizes very well how little scientific evidence we have so far about marijuana's effects on health and mental health in adulthood."

"We know more about marijuana's negative effects during formative years," said Choi, who has published extensive research on cannabis' effects. "More research is needed to evaluate marijuana's beneficial and negative effects on health and mental health for all age groups and effective treatment modalities for marijuana use disorder."

Han said the number of baby boomers using weed will probably continue to grow due to changing laws. Because risky drug use could become a problem for some, he suggests that health care providers screen middle-age and older patients for substance use.