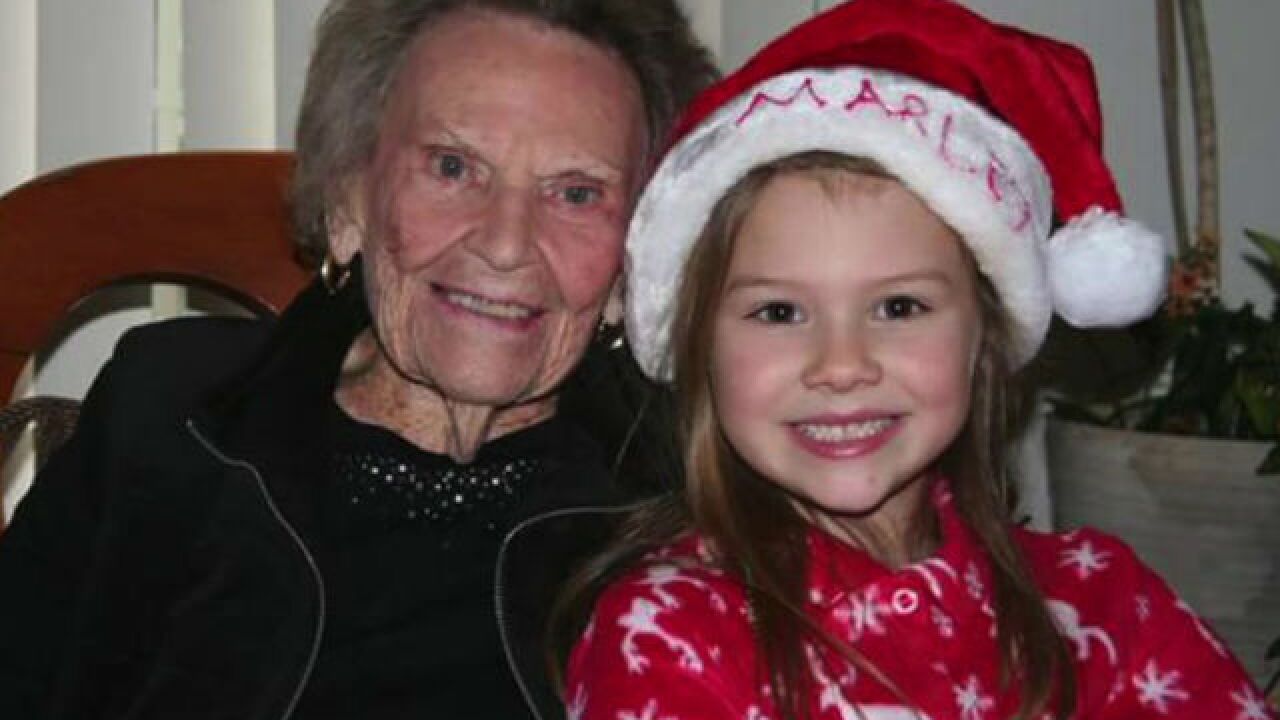 Thelma Pauline Rector would have celebrated her 103rd birthday in March if not for the fall that led to her death nearly three months earlier.

Rector, also known as "Granny," was always surrounded by family. Her husband of 62 years, Dale, died in 1994. As she faced health challenges, her family believed she would receive good health care at Bethel Pointe Healthcare in Muncie.

"We were having trouble with her balancing – keeping up and stuff when she lived with us home," said Doug Dowling, one of her grandchildren.

Rector's family was pleased with Bethel, until her accident this past November revealed her bed rails had been removed.

"She actually fell out of bed and hit the floor – face-first – and that's when we actually realized that they were gone," Dowling said. "When we went in to talk to the people at the facility – that's when they actually told us (about a) new law that you have the right to fall which I could hardly believe."

The Indiana Department of Health death certificate reads that Rector died from complications from the fall. She was 102 years old.

The incident occurred as the Center for Medicare and Medicaid Services issued new guidelines for nursing home facilities.

It requires them to review whether bed rails serve a purpose.

The guidelines say bed rails can't be used as physical restraints or out of convenience especially because they can be linked to patients being hurt, and in other cases, can make some people feel imprisoned in their beds.

Dowling says no one bothered to call Thelma's power of attorney to report their removal or explain the decision.

"It didn't go over well with me," Dowling said. "Somebody is in a facility and that's why you put them (there), to have 24-hour care and you put them there because we were having trouble keeping them from falling at home. You expect that care to be given to them."

"Bethel Pointe Health and Rehabilitation Center is not permitted to provide information about current or former residents due to the federal law governing the privacy of confidential, protected health information. Thank you."

Bethel Pointe passed a state inspection this past December.

Dowling said he is upset he was never contacted by ISDH to challenge the findings or to refute the nursing home's claim. The Indiana State Department of Health (ISDH) regulates nursing homes and related facilities statewide.

A representative could not discuss Thelma's case with WRTV.

In a statement ISDH says "there is no Indiana law that prohibits the use of bed rails or alarms in nursing homes."

The agency went on to say, "However, a number of facilities have adopted facility policies against the use of restraint devices such as bedrails and alarms. This likely stems from new interpretive guidance issued by the Centers for Medicare and Medicaid Services (CMS), the federal certification agency for nursing homes and other facilities. CMS regulations require that the resident environment remain as free of accident hazards as possible and that residents are free of unnecessary restraints and be in a least restrictive environment."

Another concerned party, Kit McMillion, is still stunned. The Army veteran is currently power of attorney for her sister, Tasha Turner.

"I said I wanted to be there – be her eyes, ears, and legs, you know," McMillion said.

Tasha was paralyzed after falling from the third floor of a building.

She has lived at Lawrence Manor for the past eight years.

A few weeks ago, her bed rails were also removed. Her sister was never informed about the change or given a chance to challenge the decision or discuss alternatives.

"She needs those bars," McMillion said. "I've been up there when she [was] having spasms. When she's not coherent and she can't help herself and they've actually had her strapped [to] keep her from hurting [herself]. The bars have helped her. I'm afraid that's she's going to fall and die.   "

Chosen Health Care, which operates Lawrence Manor, sent WRTV an email, reading: "In accordance with company policy, we respect the privacy and confidentiality of our residents and do not discuss any resident manners to the public unless explicitly authorized by the resident."

Neither nursing home could explain why they never informed their patients’ health representatives of the change and their decision to remove the bed rails.

Bed rails can stay if the resident gets a doctor's note.

State Health inspectors will check a few things: If any physical restraints like bed rails are medically necessary; whether they are following doctor's orders; if the use of a restraint is part of a patients care plan; and if the restraint is the least-restrictive option for the least amount of time.