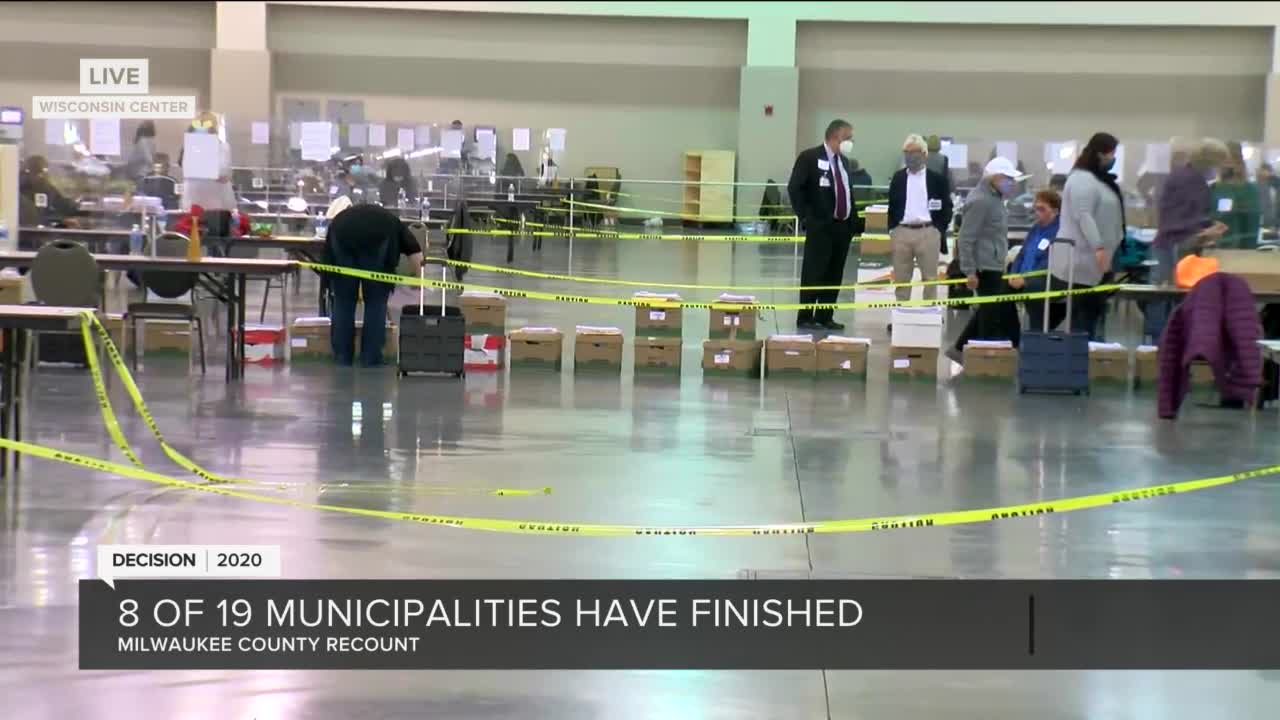 The Trump Campaign continues to raise objections to absentee ballots during the presidential recount in Milwaukee County, but no votes have been tossed due to their complaints.

MILWAUKEE — The Trump campaign continues to raise objections to absentee ballots during the presidential recount in Milwaukee County, but no votes have been tossed due to their complaints.

So far, zero ballots have been rejected due to objections, however, a handful of votes have been added to the totals after some municipalities found a few ballots that were missed during the counting process on election day.

Eleven of the county’s 19 municipalities were finished with their portions of the recount by Monday night.

A request by the Trump campaign was granted to set aside absentee ballot envelopes that have a different color ink on the witness address line which often signifies that poll workers or clerks filled in information as allowed in Wisconsin.

More than 51,000 absentee ballot envelopes are also being separated for Milwaukee County voters who self-certified they were indefinitely confined during the election due to illness. Indefinitely confined voters are allowed to receive an absentee ballot without providing a photo I.D. The Trump campaign requested these ballot envelopes be set aside claiming they could be fraudulent.

The county’s board of canvassers already decided votes that fall into these two categories should still count. The separation of these ballots allows the Trump campaign to potentially file a lawsuit in an effort to have these votes tossed after the recount is done.

Some members of the canvassers board accuse the Trump campaign of unduly slowing down the recount process. The president’s representatives said Milwaukee County should be utilizing all of the tables set up in the Wisconsin Center to speed up the process.

“We tried to maximize the space we had. And we had originally 150 tables planned and then we felt we could get away with 135 and still more than adequately approach the COVID-19 regulations,” responded Milwaukee County Clerk George Christenson.

Milwaukee County originally hoped to finish the recount by Wednesday to be done before the holiday weekend. Christenson said Monday that’s no longer a possibility for the city of Milwaukee.