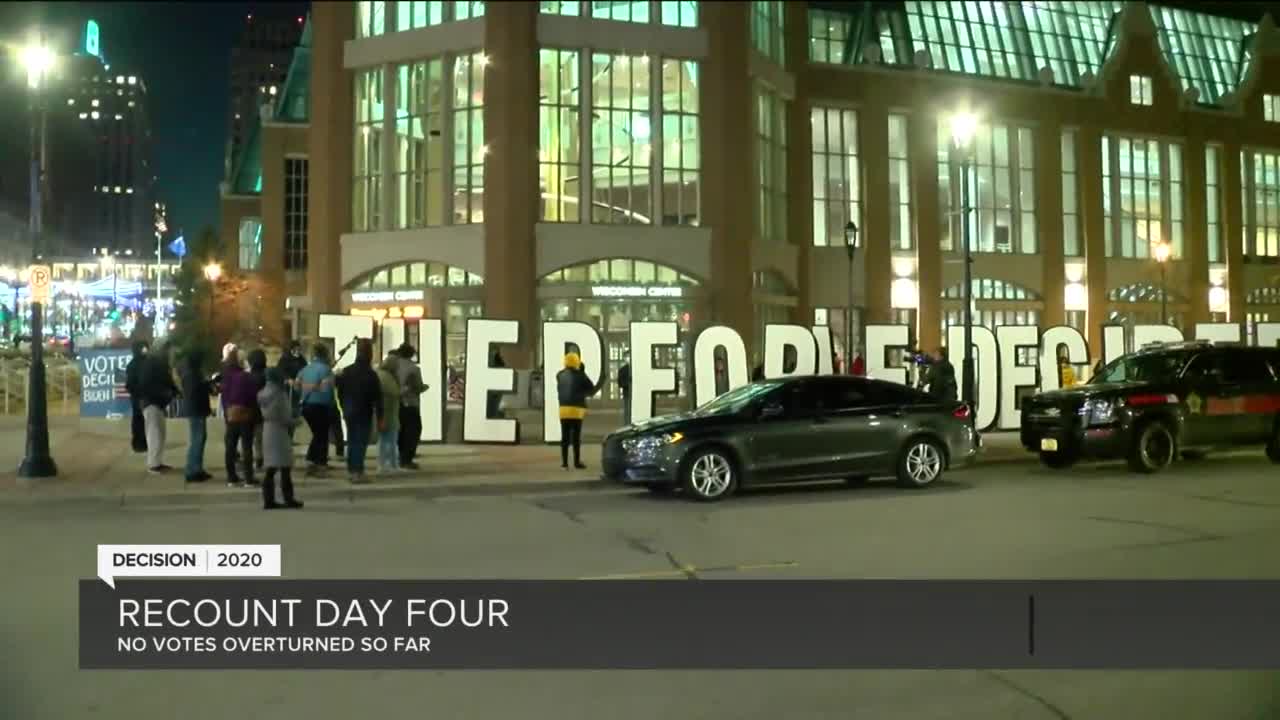 Outside the Wisconsin Center on Monday night, voters rallied against the Trump campaign's pushback to the presidential election results.

MILWAUKEE — Outside the Wisconsin Center on Monday night, voters rallied against the Trump campaign's pushback to the presidential election results.

They held up signs saying "The people decided."

"It’s time to focus on things that are really important like COVID instead of focusing on our election results. We have spoken. We have voted," said voter Stephanie Johnson.

"I want to make sure that my vote is counted and that the will of the people is followed here in Wisconsin," said Angelito Tenorio.

Inside the Wisconsin Center, the Milwaukee County Clerk George Christenson said day 4 of the county's recount was orderly without major disruptions.

Christenson still felt confident the recount would be complete by the December 1 deadline.

The first is ballot envelopes with different colored ink on the witness' address line, which often means an election clerk filled in information which they are allowed to do.

So far no votes have been overturned.

Municipalities found a few ballots that were missed during the counting process on Election Day, those voters were added to the totals.

"Every municipal clerk and their staff have done a fantastic job, and it just shows elections in Wisconsin are very accurate and transparent and we’ll see that again when this thing is all done," said Christenson.