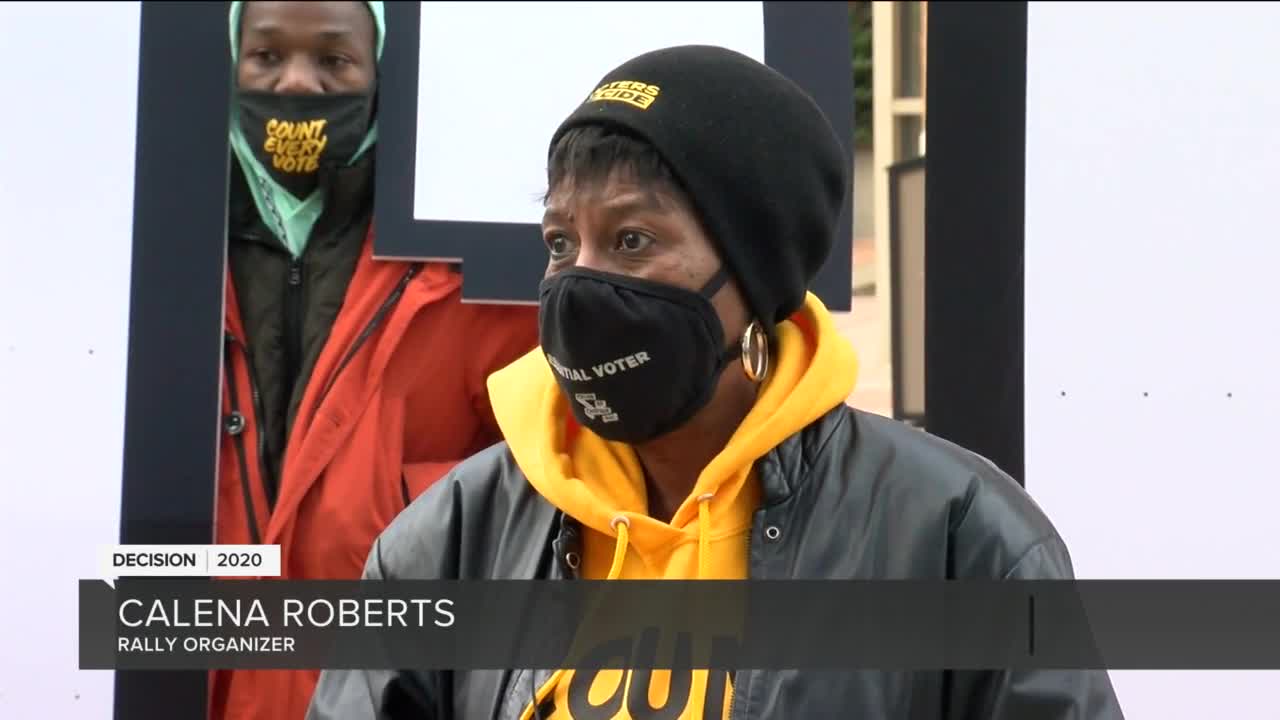 Protestors gathered outside the recount facility saying the recount is an attempt to suppress Black and Brown votes. 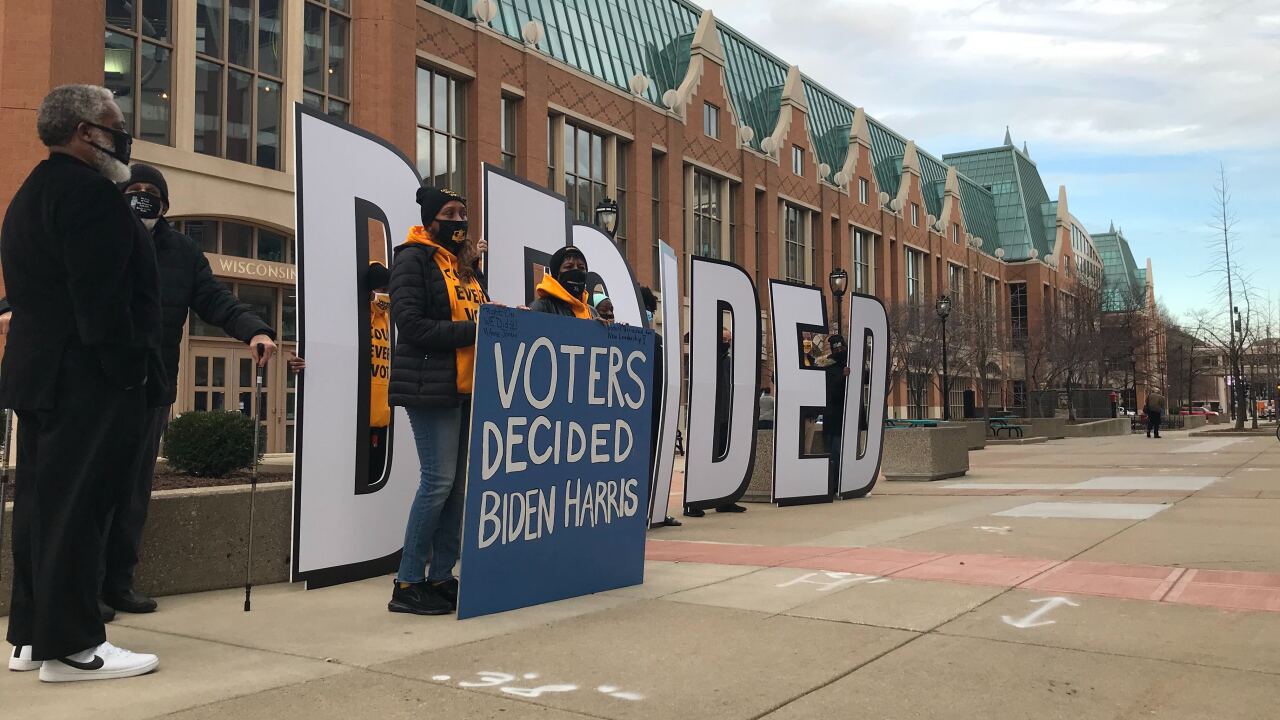 MILWAUKEE — A group of Wisconsin voters rallied outside of the Wisconsin Center, along Vel R Phillips Avenue, Friday morning to condemn the use of the Presidential recount in Milwaukee County as an attempt to suppress votes.

The recount was scheduled to begin at 9:00 a.m. on Friday. The group rallying arrived just after 8:00 a.m.

Those rallying say they're concerned that the recount process is a "racist" attempt to suppress the black and brown vote in Wisconsin.

The "Voters Decided" rally was to show support for Joe Biden and Kamala Harris, who this group says won the election and should lead the country moving forward.

"Don’t misunderstand; recounting is fine. But when you target your recount, we have an issue," said Calena Roberts, one of the rally organizers.

The group believes that the Trump campaign and Republicans purposefully targeted Milwaukee and Dane counties because of the high number of African-American voters.

"Dane County and Milwaukee. Everyone else that has sent an absentee ballot or went to vote, why isn't their ballot being challenged? It leads us to believe that there is racism is involved," said Roberts.

In opposition to claims like these, earlier this week, Republican strategist Mark Graul told TMJ4 News that the choice to recount in Milwaukee and Dane Counties is solely about strategy.

"If you try to turn a 20,000 vote difference, you want to pick the two places there are the most votes that shift potentially because there's the most votes in general. So, I think it makes sense from that strategy," said Graul.

Among those rallying Friday was Greg Lewis, Executive Director of Souls to the Polls. He said he survived a tense battle with COVID-19 in March, and he is now upset that there isn't more focus on fixing the pandemic that continues to impact people in Wisconsin.

"Look at me, look at me! I almost died, and were running around here counting votes," said Lewis.

He insists each vote, now being inspected and recounted inside the Wisconsin Center, was fair and legal. He says it's time to let new leadership begin the process of moving forward.

"We did a lot of hard work, and we did honestly, and we did it very, very professionally, and we made sure people understood that we must build power through our vote and now this guy is coming making insinuations about fraud in a community that is almost impossible for us to be fraudulent in our voting process in Wisconsin," said Lewis.