Trump to visit Wisconsin on Monday to counter DNC 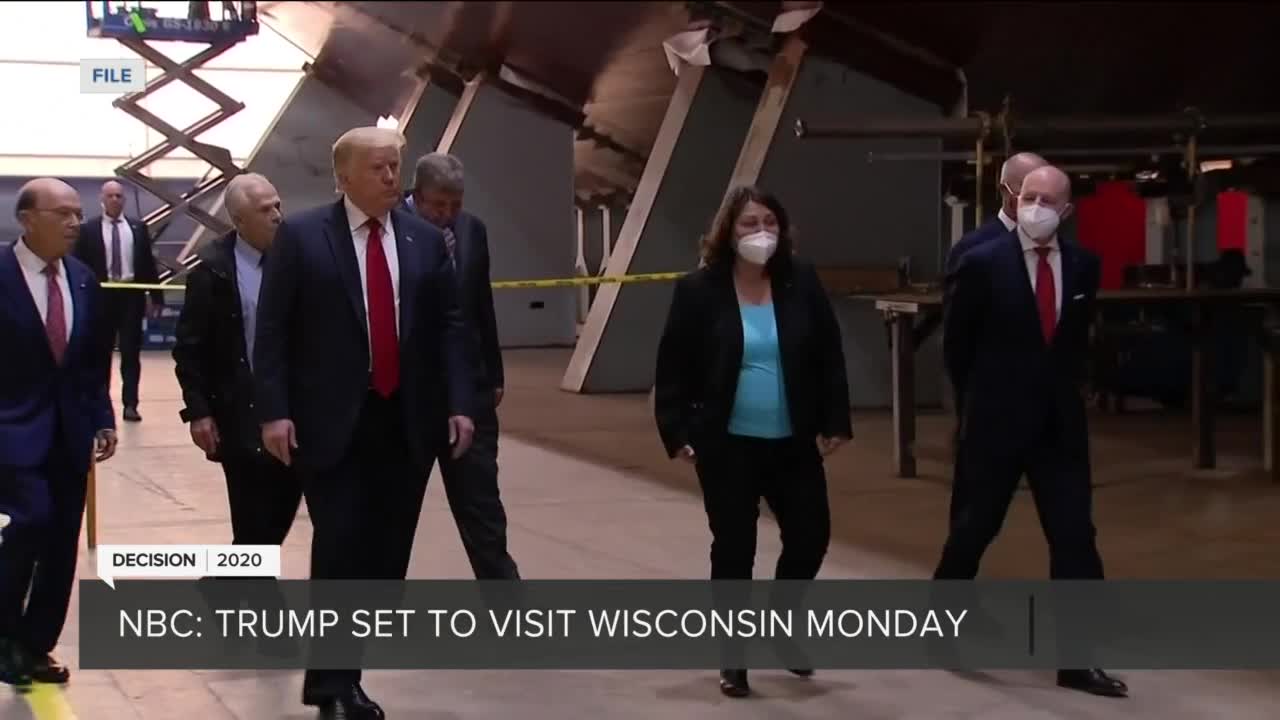 According to NBC News, President Donald Trump will visit Wisconsin on Monday as a counter to the Democratic National Convention, which is also beginning that day.

According to Jesse Rodriguez with NBC, Trump is slated to visit Minnesota and Wisconsin on Monday with a visit to Arizona and Pennsylvania on Tuesday.

The news comes as the DNC is scheduled to begin Monday at the Wisconsin Center in Milwaukee.

First on @NBCNews: Trump will travel to battleground states next week to counter the Dem Nat'l Convention. He's slated to go to Minnesota and Wisconsin on Monday, Arizona on Tuesday and Pennsylvania on Thursday. @albamonica

Following the announcement of the visit, Democratic Party of Wisconsin Chair Ben Wikler released this statement:

"Trump’s upcoming Wisconsin photo-op, like his disastrous LaFayette Park photo-op, will be a reminder of his utterly failed presidency at a moment when Democrats are celebrating the opportunity for something better. While Trump poses in Oshkosh, the nation will see Democrats speak at the COVID-safe virtual Milwaukee convention about Joe Biden’s uniting vision for America. The contrast will be as clear as day. The voices of the Wisconsinites Trump has left behind will be front and center at the convention. So will their hopes for change. Wisconsinites are hungry for new leadership, and ready to turn the page on Trump’s dumpster fire of a presidency. Every political stunt Trump pulls will only intensify Wisconsin’s excitement about sending Joe Biden and Kamala Harris to the White House."

According to the Democratic Party of Wisconsin, Trump will be making a stop in Oshkosh while visiting the Dairy State.

This is an ongoing story. Stay with TMJ4 News for updates.