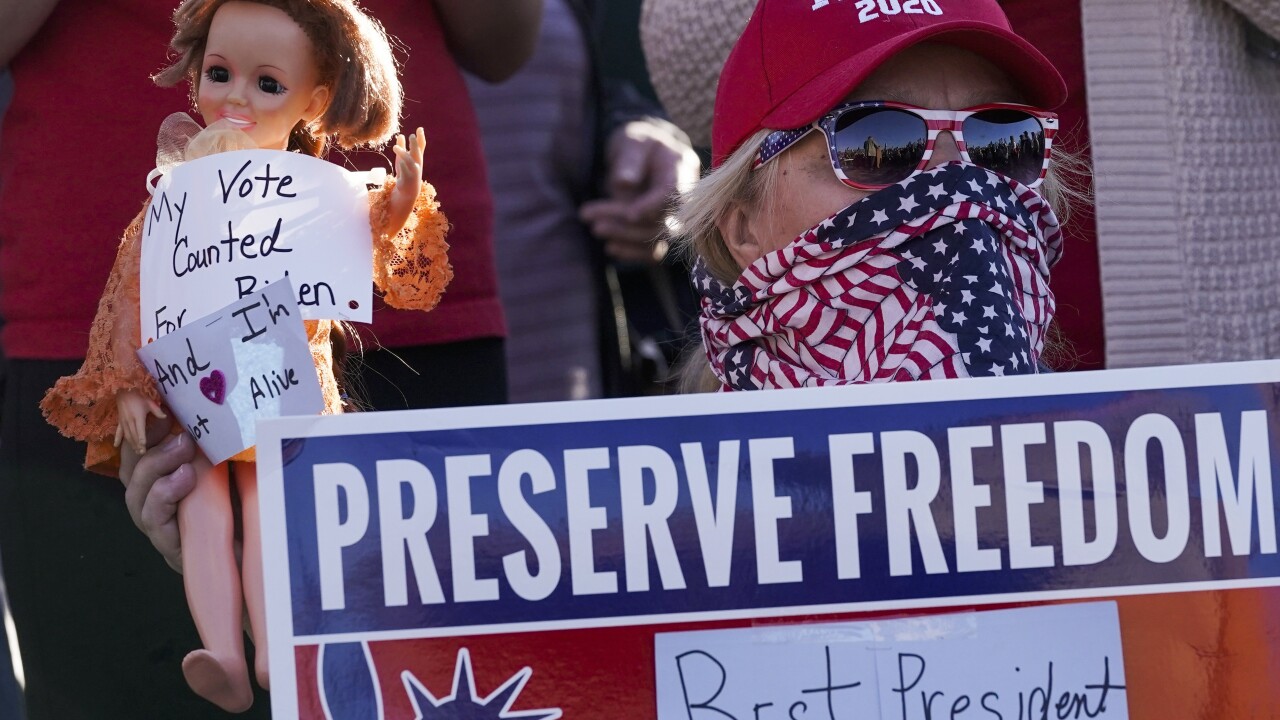 Morry Gash/AP
FILE- In a Nov. 7, 2020 file photo, a supporter of President Donald Trump is seen during a rally in Milwaukee after it was announced that the president was defeated by Democrat Joe Biden. President Trump will have to pay $7.9 million if he wants a statewide recount of unofficial results showing him losing to Biden by about 20,500 votes. The Wisconsin Elections Commission released the estimate on Monday, which was based on costs submitted by the 72 counties. (AP Photo/Morry Gash, File)

WISCONSIN — The final Wisconsin county has submitted its canvassed vote totals to the state elections commission, starting the clock for President Donald Trump to file for a recount as he has promised supporters he would.

The canvassed totals show Democrat Joe Biden beat Trump by about 20,600 votes, which is about six-tenths of a point margin — close enough for Trump to file for a recount.

Trump has until 5 p.m. on Wednesday to submit the $7.9 million estimated cost for a statewide recount and other required paperwork.

Trump could also file for a recount only in select counties, which would reduce the cost.